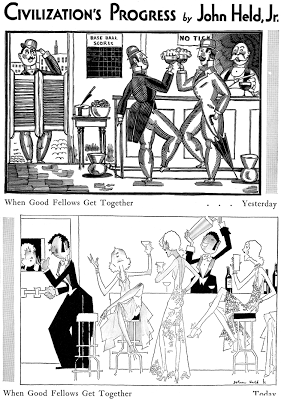 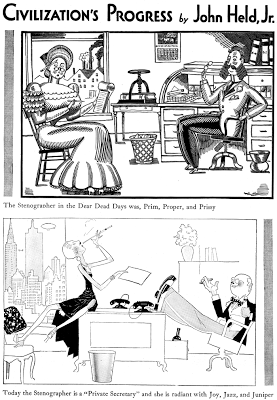 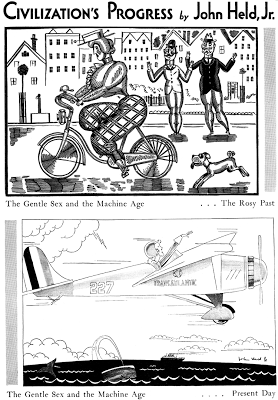 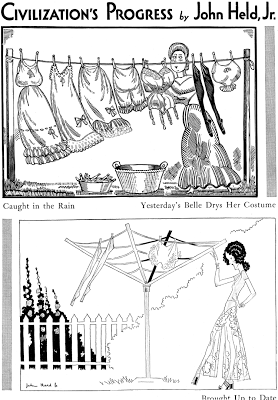 John Held's series Civilization's Progress doesn't actually belong here on Stripper's Guide, because it was a magazine series, not a newspaper feature. However, these samples bubbled up to the top of one of the precarious piles in the archives, and I couldn't consign it back into the stacks without sharing.

Held produced the series for Liberty magazine about 1931-33 as best I can determine. In the series he combined his much-loved roaring-'20s flapper style with the woodcut style that he seemed to enjoy producing. I have to say I never really warmed up to Held's woodcut stuff, as technically interesting as it is. However, in this series I do love how the two styles complement each other.

Comments:
It would seem the old timey bicycle may be based on his own mother's debut as Salt Lake's firs "bloomer girl." http://history.utah.gov/experience_history/glimpses/bicycles.html

In the various Held "flapper" cartoons I've seen, captions and jokes rarely come up to the level of his drawings. In fact, all of these work as well or better without the explanatory text.

As for the woodcuts, I enjoy the New Yorker ones with their far more eccentric (and funny) references and text.