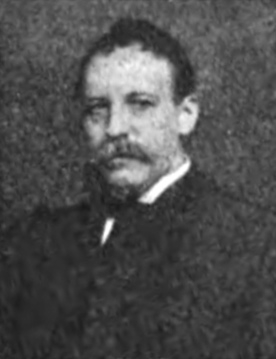 In the 1860 U.S. Federal Census, he was the son of John and and Rosalind. They lived in Schodack where his father was a farmer. Ten years later, he was the oldest of three children and his father continued farming. In 1880, Budd and his brother William were working with their father on the farm in Schodack.

Who Was Who said Budd received his education at the Troy Conference Academy in Vermont, and Claverack College, also known as the Hudson River Institute, in New York. The dates of his attendance are not known. His art education was at the Pennsylvania Academy of the Fine Arts, in Philadelphia, and the Art Students’ League, in New York. The Chatham Courier, (New York), July 4, 1883, noted his talent:


Charles J. Budd, a late student of the Philadelphia Art Institute, is now stopping at South Schodack, his home, and is doing some very fine work in copying pictures and photographs. We had the pleasure of seeing some of his work, and think it s as good as any we have seen in any art gallery. He will copy old photos in oil, of any size, for less than one-half the regular price.

In Life magazine, May 18, 1911, Budd spoke about his education and art training: “Boarding school, college, and the Pennsylvania Academy of Fine Arts, where, like Rockefeller, I took up oil. I entered the studio of Mr. E.B. Bensell, in 1886, and studied afterward at the Art Students’ League in New York.”

Who Was Who said Budd’s professional career began by illustrating children’s magazines and books in Philadelphia in 1885. In 1890 he moved to New York City. On October 27, 1892 he married Carrie Louise Tillapaugh.

Budd provided 25 illustrations for the story, “The Real Tom Brownson”, in Godey’s Magazine, October 1893. His association with Life magazine started in 1894 and ended in 1917.

The 1898 Trow’s Business Directory of the Boroughs of Manhattan and the Bronx, City of New York listed Budd at 41 West 22nd Street.

The 1900 census recorded Budd in East Orange, New Jersey, at 53 Hawthorne Avenue. His occupation was “illustration artist.” In the household was his wife, son Wilfred, mother-in-law and servant. He contributed over 20 illustrations to The Arnold Primer (1901).

Budd was a magazine illustrator in the 1910 census. He remained in East Orange but at a different address, 218 Grove Street. American Newspaper Comics (2012) said he drew the Sunday strip, Matts’s and May’s Matinees, for the New York Herald, from July 30 to September 24, 1911. 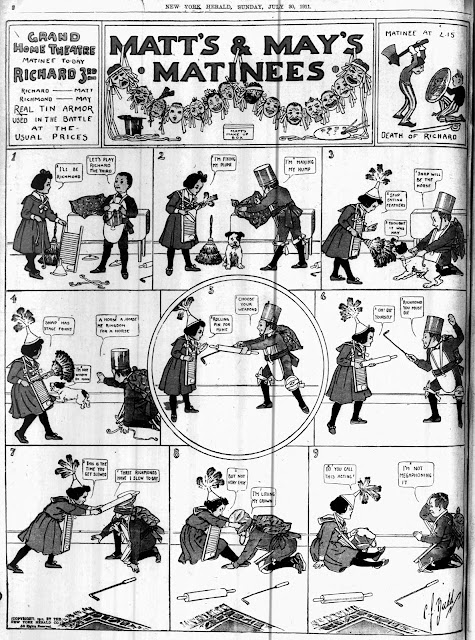 According to Who Was Who, he was cartoonist on Harper’s Weekly, from 1912 to 1913, and he started his own business, the C.J. Budd Company, manufacturers of artistic gifts and other items. Who’s Who in America (1913) said his studio was at 37 West 22nd Street in Manhattan, New York City. He wrote the books Around the World in Eighty Minutes (1913) and The Blot Book (1915), which was illustrated by Fred T. Richards. Budd’s Old Fables Modernized was mentioned in several books but an actual copy has not been found. 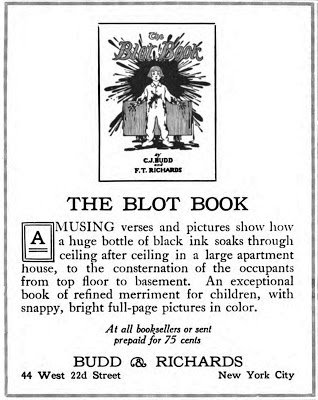 Budd and his family resided at the same address in the 1920 census. His occupation was artist in an art company. Apparently his son was a salesman for the company. The American Elite and Sociologist Blue Book (1922) said his studio was located at 119 East 18th Street, New York City, and he was president of the Budd Line of Art Novelties.


Charles J. Budd, artist and magazine illustrator, died on Sunday night in St. Luke’s after a long Illness. He was 67 years old.

Mr. Budd studied at the the Philadelphia Academy of Fine Arts. He directed a novelty shop at 119 East Eighteenth Street and lived at 218 North Grove Street, East Orange. He was a member of the Salmagundi and Dutch Treat Clubs. Surviving him are his wife and a son, Wilbur [sic].