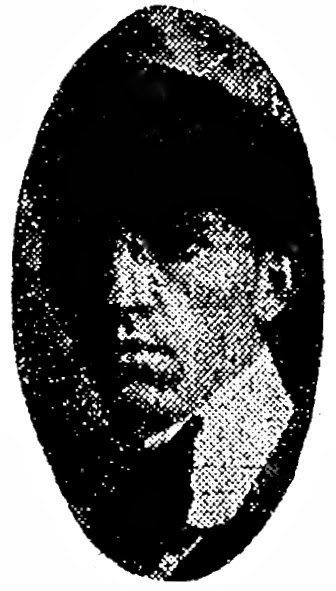 Clifford Leon Sherman was born in Lincoln, Illinois, on March 31, 1875, according to the Illinois Deaths and Stillbirths Index at Ancestry.com. His full name was in the index and World War I draft card.

In the 1880 U.S. Federal Census, he was the youngest of three children born to Hiram, a retired merchant, and Susan. They lived in Lincoln on West Street. Information regarding Sherman’s early education has not been found.

Sherman’s name was found in Chicago’s Northwestern University Catalogue 1894–95. He was a junior in the law school. It’s not known if he graduated.

The Daily Inter Ocean (Chicago, Illinois), September 14, 1895, mentioned him as an attendee at a baseball game in Springfield, Illinois.

According to the Weekly Illinois State Register (Springfield, Illinois), October 23, 1903, Sherman studied several years at the Art Institute of Chicago. His name appeared in the Chicago Daily Tribune, February 15, 1899, which covered the Fifth Annual Costume Party of the Art Students’s League: “…Clifford L. Sherman appeared in the grand march as a Turk and a few minutes later as a…”


Among the different things it will contain will be a colored page by C.L. Sherman, late of Hearst’s Chicago American staff, showing the features of the largest duck preserve in the world, owned by Denver sportsmen.

The Illinois State Register (Springfield, Illinois), August 20, 1903, said Sherman was an illustrator with the Boston Globe. Smiling Sinbad was Sherman’s debut strip (May 17, 1903) with the Globe. Next was Doesn’t It Seem Strange which began July 26, 1903.

For the Denver Post, Sherman (self-portrait) attempted a balloon trip from Denver to New York City. Captains Baldwin and Hudson were in charge of the balloon. Sherman was to file reports along their journey, an attempt to break the world’s record of 1,153 miles in thirty-five and three-quarter hours. The balloon was cut loose on Sunday, August 31, 1902. After twelve hours the balloon was on the ground. The headline and subhead from the September 2, Post said it all:

Dashed Through Canyons and Forests by Fierce Gales, Swept Over Pike’s Peak and Tossed to an Altitude of 28,000 Feet, the Voyageurs, Half Frozen, Breathless and Half Dead From Exhaustion, Collapse with “Big Glory.”

A second attempt was not made.

Sherman’s marriage to Gwendolen Lawrence, on October 22, 1903, was covered by the Weekly Illinois State Register:


…Mr. and Mrs. Sherman left for Denver, where they will live. The bride is one of the most talented and cultured young women in the capital city and has studied at the Cincinnati art school, the Philadelphia art school and at the Art Institute, Chicago, and during the winter has made her home with her sisters on South Seventh street, Springfield. Mr. Sherman designs the color pages of the Boston Globe and the Denver Post, and is an artist of ability….

Sherman’s move to Boston was mentioned in the Illinois State Register, September 5, 1906: “Clifford Sherman...is here from Denver, on a short visit with his parents…His wife will join him here to go to Boston where they will make their future home.”

According to the Illinois State Journal, December 16, 1908, Sherman left the Boston Journal to take a job “with the Boston Traveler, at a very nice increase of salary.” American Newspaper Comics (2012) said the strips Sherman produced for the Traveler were Ain’t It Just Like a Woman?, Amos and Pete, And the Gramophone Said, Chantecler, It’s the Clothes That Make the Man, and This Town Is Baseball Mad. 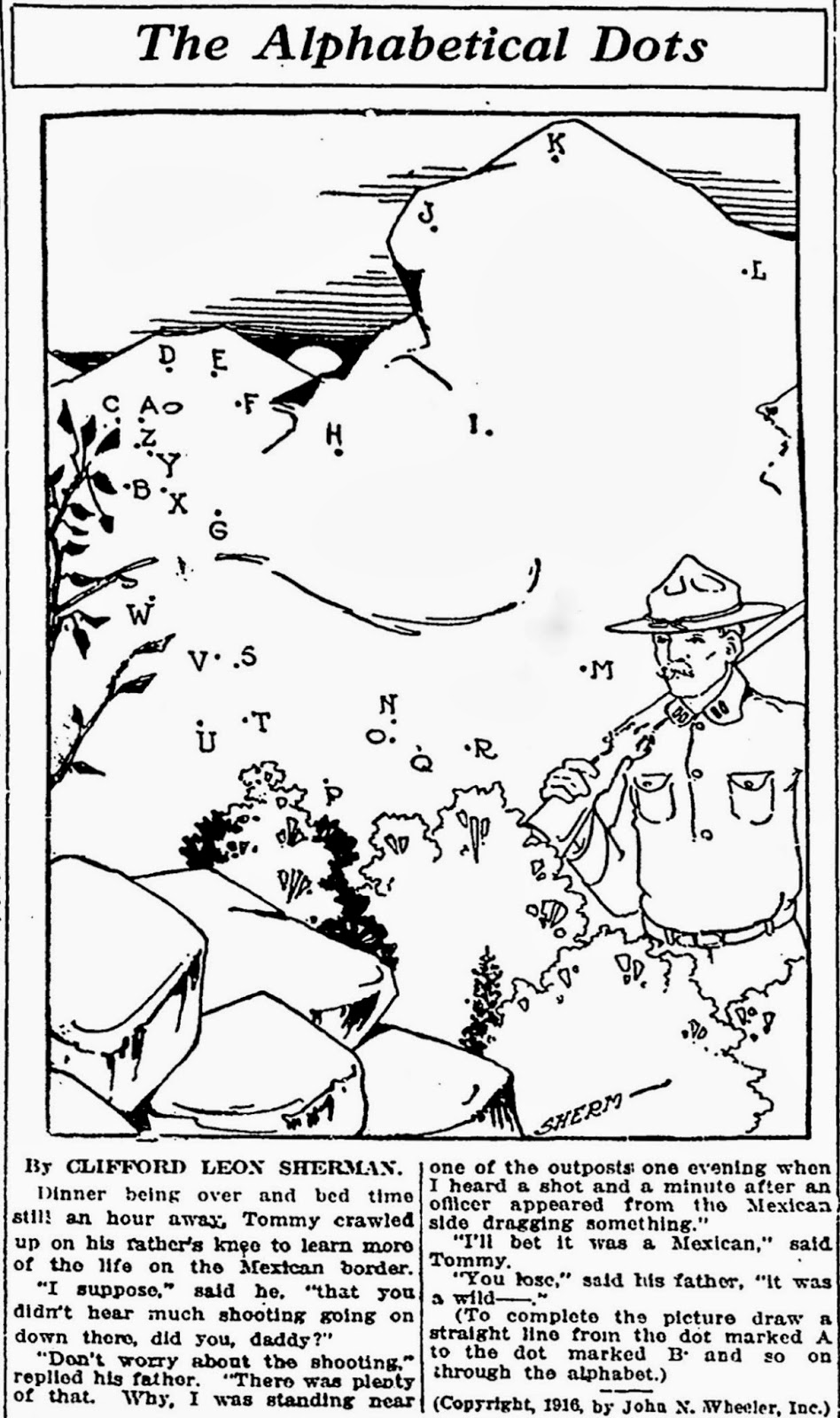 On September 12, 1918, Sherman signed his World War I draft card. At the time he resided in Denver working as a self-employed cartoonist. His wife was in Springfield, Illinois at 1112 Fayette Avenue. His description was tall and slender with brown eyes and dark hair.

The 1920 census recorded Sherman at the same Springfield address on his draft card. His occupation was newspaper cartoonist.

Sherman passed away December 26, 1920, in Springfield. His death was reported two days later in the Denver Post.

Mr. Sherman was employed on The Denver Post twenty years ago [1900]. His work received much praise and one of the “stunts” that won him fame in those days was a balloon flight which he made for The Post.

He worked on newspapers in San Francisco, Chicago, Philadelphia, New York and Boston. Some of his best work was done for the Boston Globe.

Later he returned to Denver and established a commercial illustrating business, but soon went back to newspaper work in the east.

He originated the “dot” cartoons and was the author of the “dot” books for children.

In addition to his pen and pencil sketches, he was an able worker in colors and contributed largely to magazine supplements.

He is survived by a widow, two sons and a sister, who lives in Nebraska, in addition to his brother in this city.

The funeral will be held at Mr. Sherman’s birthplace, Lincoln, Ill. Death was due to tuberculosis of the throat.