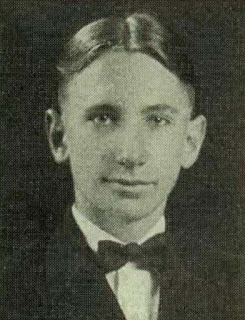 Clifford David Vormelker was born in Cleveland, Ohio on July, 22, 1906, according to the Ohio, Births and Christenings Index at Ancestry.com. His parents were Julius Vormelker and Amy Hippler.

In the 1910 U.S. Federal Census, Vormelker was the youngest of four children whose parents were German emigrants. The father was a machine operator. The family lived at 1449 East 92nd Street NE in Cleveland.

The 1920 census recorded Vormelker at 1517 80 Place in Cleveland. He attended East High School. The 1922 school yearbook, Mnemonic, said he was a member of the Wistgoma Club. In September 1924, he was the secretary-treasurer of the YMCA Hi-Y Club. Vormelker was in the cast of the school’s musical comedy, College Days, which was presented January 1925. Vormelker graduated February 1925. 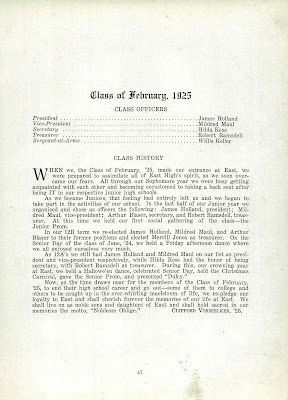 A 1926 city directory said Vormelker lived with his parents and worked as a clerk. According to Who's Who in Library Service (1943), Vormelker won the First Rupert Hughes Poetry Prize in 1929.

According to Who’s Who in Library Service, Vormelker received his BA at Western Reserve University (WRU) in Cleveland. In 1933, he obtained his BS in Library Science WRU. He found work as a script man at the United Electrical Recording Company in Hollywood, California, from June to October 1933. He returned to Cleveland and found work as a sales manager at Arco Shuffleboard through 1934. In 1935 Vormelker was the librarian and a staff writer at Central Press Association. The same year he was assistant at Hatch Library, WRU. Along the way he married Helen Elinor Brown. The couple made their home at 1385 West 84th Street in Cleveland.


American Newspaper Comics (2012) said Vormelker wrote Dickens’ Christmas Carol which was drawn by Alfred J. Buescher, the Central Press Association art director. Their strip ran from November 29 to December 25, 1937. The following year for King Features, Vormelker wrote Dickens The Chimes—A New Year’s Fantasy, which was illustrated by fellow Clevelander, William Sherb. The strip appeared from December 19 to 31, 1938. A Christmas Fantasy appeared in December 1939 and was drawn by Sherb. The writing was credited to David Orme who was Vormelker’s nom de plume. The Orme name appeared on many Central Press items. 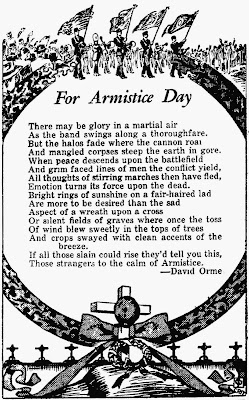 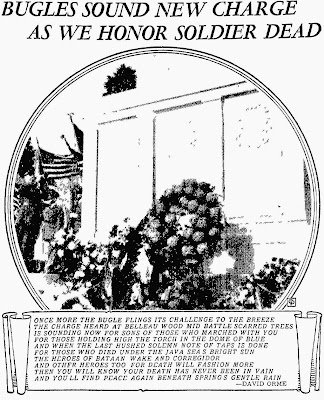 A listing for Vormelker was published in the 1940 Variety Radio Directory: Central Press Association. Clifford D. Vormelker (also librarian, staff writer). On page 250 of the book, Special Library Resources (1941), was the following listing:

On June 2, 1941 Vormelker enlisted in the Army. His civil occupation was in the category: authors, editors, and reporters.

On June 22, 1943 the Wartime Conference of Special Libraries Association, in New York City, acknowledged their members who were serving in the armed forces including Sgt. Clifford Vormelker, Army Air Corps. The convention was reported on page 195 of Special Libraries, Volume 34, Number 6, 1943.

Vormelker passed away on December 30, 1974 in East Cleveland. The Cleveland Plain Dealer (Ohio) published a death notice the following day.