Kreigh Taylor Collins was born on January 1, 1908, in Davenport, Iowa. The birth date is from the Social Security Death Index and his birthplace was mentioned in several profiles.

In the 1910 U.S Federal Census, Collins was the only child of Stephen and Nora, who resided in Rock Island, Illinois at 1045 23rd Street. His father was a building contractor.

The Collins family lived in Grand Rapids, Michigan at 331 Eureka Avenue S.E., according to the 1920 census. Collins’ father was a bakery merchant.

A search of the Kent County School Census produced a single hit for Collins in the year 1924.

The Grand Rapids Public Library has a Collins archive and said “He attended high school at Cincinnati (Ohio) High, where he majored in art, but dropped out at 16 to pursue art in earnest. He studied art in Cleveland (1924-1925) and in 1925 opened his own studio.”

Who Was Who in American Art (1985) said Collins studied at the Cincinnati Art Academy and the Cleveland Art School. In the Council Bluffs Nonpareil (Iowa), August 7, 1949, Collins said


“No brass plate indicates the place of my birth in Davenport, in 1908. And the building in which I started in the illustration world 19 years later is now, alas, a parking lot. On the third floor (walkup) of this dingy old brick structure I rented a room, called it a studio, called myself an illustrator, and hoped it would work. …”


Kreigh Taylor Collins was born on January 1, 1908, in Davenport, Iowa. However, he grew up in Grand Rapids, attending Central High School. Although his parents were not oriented toward art, they encouraged young Collins to draw. One day he wandered into the Grand Rapids Art Gallery in the old Monument Square Building, where he saw an exhibition of landscapes that moved him deeply. The result of this experience was that he left high school to study art at the Cincinnati Art Academy. He showed great promise and around 1927, quit the Academy to become a practicing artist. …

It was around the end of the 1920’s that Kreigh Collins was befriended by Mathias Alten. The best-established artist in Grand Rapids, Alten discerned the promise of the youthful, sometimes impetuous Collins, and encouraged him to work further in developing his oil-painting technique. Collins, at that time, had found employment producing posters and other art work for the lobbies of local theaters, with the help of another artist friend, Lumen Winter. Like many artists in Grand Rapids at that time, Collins was much influenced by Alten. When he heard that the older artist was planning another trip to Europe, he asked to accompany him. The trip across the Atlantic in Alten's company was a great adventure for the young artist …


The Mansfield News-Journal (Ohio), September 15, 1934, said Collins studied at “the Julian Academy in Paris. A sketching tour of Europe took him into the mountains of Spain and into Morocco.” On June 29, 1928, Collins arrived in Quebec, Canada from Cherbourg, France. The passenger list recorded his home address as 532 Gladstone Avenue, Grand Rapids, Michigan.

A family tree at Ancestry.com said Collins married Theresa van der Laan on January 19, 1929. She would be the model for many of his paintings and comics characters.

The 1930 census recorded the couple in Chicago, Illinois at 432 Belmont. Collins was a commercial artist.

On May 22, 1931, Collins and his wife departed Liverpool, England. They arrived in Quebec seven days later. Their address was 532 Gladstone Avenue, Grand Rapids, Michigan. The Grand Rapids Public Library said “… he and Theresa returned to Paris, where he worked and studied, and first began to concentrate on his landscapes.”


Upon their return to the states, the Depression was severe, but Collins did well and in 1935 painted and sold many landscapes in the small village of Leland, Michigan. Then, in 1935–1936, he contracted with a newspaper syndicate to illustrate the “Do You Know” series by Willis Atwell for the Michigan Centennial. During the next two years, he painted portraits in Ohio, eight 20' X 40' or larger murals in Dallas, and landscapes in Taos, New Mexico. All the work caught up with him, and in late 1937 he could no longer use his right arm to paint. He discovered, however, that he could make line drawings by resting his elbow on the arm rest of a chair and his forearm on the drawing board. The Methodist Publishing House, which had until then bought only a few of his travel sketches, started sending him large quantities of work. …


Collins’ Informative Classroom Picture Series portfolios include Knighthood: Life In Mediaeval Times (1937); Life in Colonial America (1937); Early Civilization (1939); Our City Home and Community Life (1939); Clothing and Textiles: Clothing in Other Lands (1940); The Story of Textiles (1940); Transportation from Earliest to Modern Times (1940); How Man Has Put Himself on Record (1942) and Voyage and Discovery (1942). 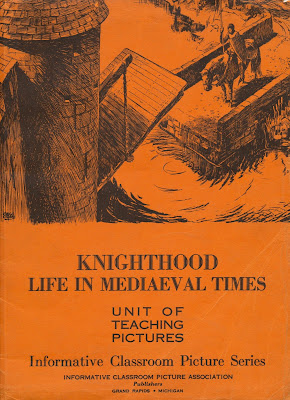 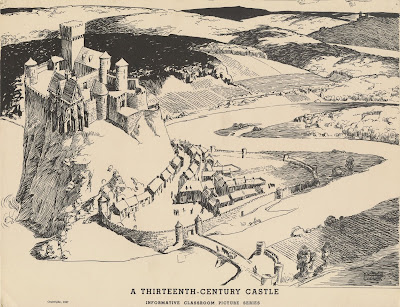 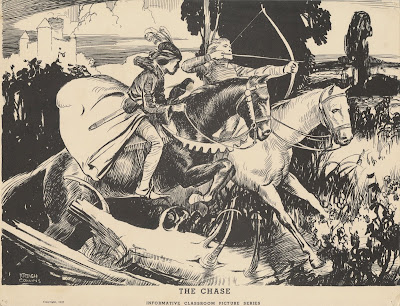 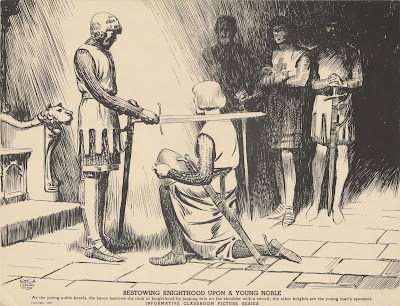 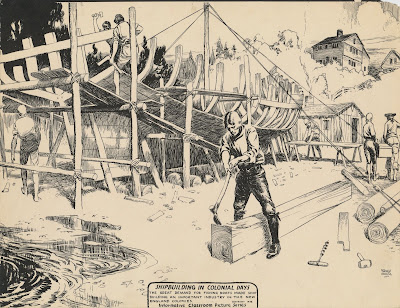 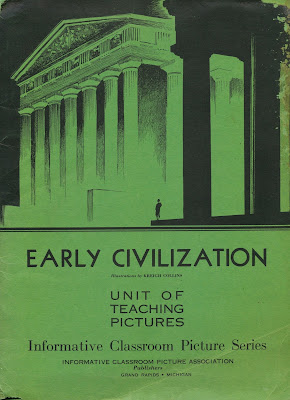 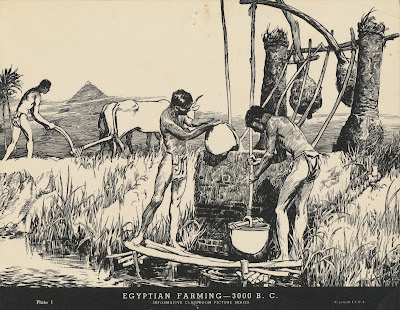 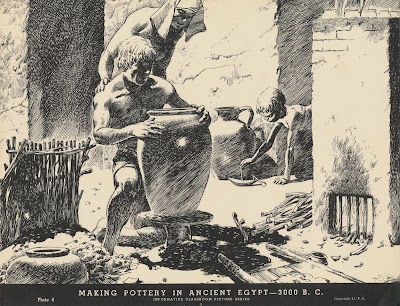 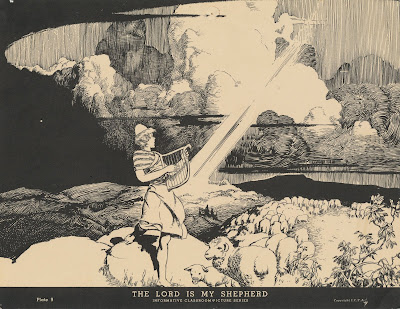 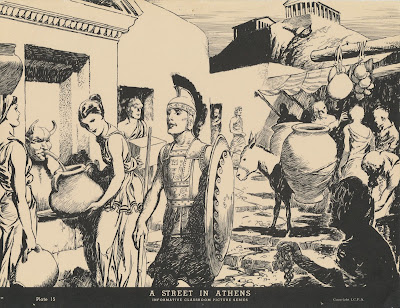 The Story of Textiles 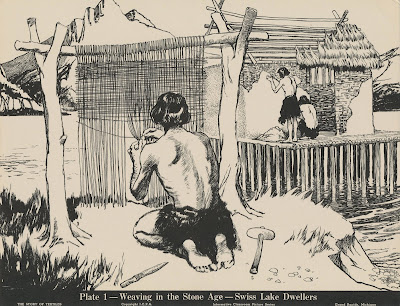 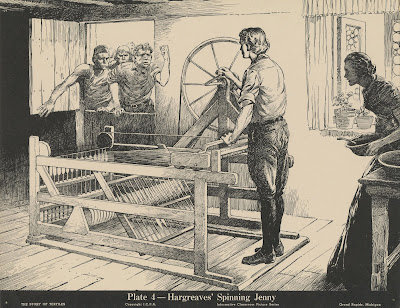 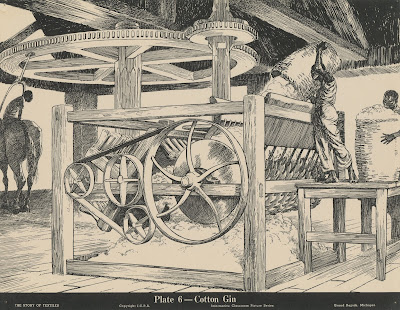 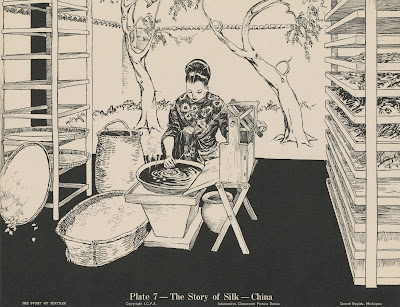 American Newspaper Comics (2012) said Collins drew Do You Know? from September 2, 1935 to January 26, 1937. The strip was written by Willis Atwell and distributed by Booth Newspapers. In 1937 the strips were collected and published in a book.

According to the 1940 census, Collins, Theresa and one-year-old Eric lived in Ada Township, Michigan on Bronson Road. Collins’ parents lived next door. He was a self-employed artist.


His big break came in 1940 when The Methodist Publishing Company asked him to draw comic strips, based on the Bible, to be syndicated in Church papers. So he began to draw for them. It took six months to draw his first page. But then it became easier. He drew the stories of Paul, Moses, jesus, Joseph, and others, and these became popular not only in the United States but in Australia and South America as well.

For the NEA collins produced The Legends of Christmas which ran from December 6 to 24, 1965.

Comments:
Hi Alex,
Thank you for this informative profile! I'm sorry I missed it when it was first posted in July. I've been researching my grandfather's career for some time now, and some of this info is new to me. In late 2018 I had a "Mitzi McCoy" collection published and continue to feature his work on my blog, KreighsComics.com and fb page https://www.facebook.com/kreighcollins
—Brian E. Collins