Obscurity of the Day: The Wad Family

Well, there have been strips with worse names, but how many horrible names get used twice? Jimmy Swinnerton thought better of the title after only three weeks in his 1908 version of The Wad Family, but E.W. Gale stuck with his version for eight years, from 1911 until 1918. Okay, sometimes the strip didn't go by this name - you caught me. No, sometimes Gale would use the ever so much classier title Mister Wad.

The Wad Family probably ran only in its home paper, the Los Angeles Times, until it was picked up by the Wheeler Syndicate in 1916. Then it ran in, well, a few more. The syndication wasn't particularly successful, and I find the Wads appearing only in a few scattered papers.

Edmund Waller Gale joined the LA Times in 1908, and in spite of his bad taste in strip titles (or perhaps because of it?), he was promoted to editorial cartoonist of the paper in 1918. I don't know when he retired, but I have editorial cartoons by him well into the 1940s.

So the only question remaining is whether a certain Mr. Holmes, an LA denizen of some film fame took his most famous pseudonym from this comic strip. Nah.

Comments:
Turns out that Barnacle Press has run a batch of Wad cartoons, and they mention a revival of the strip after Gale got promoted to editorial cartoonist. Guess you just can't keep a good wad down.

Love those Wads! I wasn't aware that Swinnerton also had a Wad Family, any chance you have one of those you'd like to share with us too?

Leonardo de Sa reminds me off-blog that we discussed that Wad revival a-ways back. At the time we came to the conclusion that the revival was a contest with reader submissions. As can be seen on Barnacle Press, that was correct. We had also assumed that the readers were submitting art along with their gags, but the examples on that site show that assumption may be false. In the very last strip are shown four cartoonists out of work when the contest was ended (see it here: http://www.thrillmer.com/comics/wad221004last.jpg). Three of the names don't mean anything to me, but Bruce Russell was a Los Angeles cartoonist who, while very young in 1922, might have been in the employ of the paper, and not just a frequent contributor to the contest.

Oh, and sorry but I don't have any of Swinnerton's Wad Family strips - they were documented by Dave STrickler whn he indexed some years of the NY American. 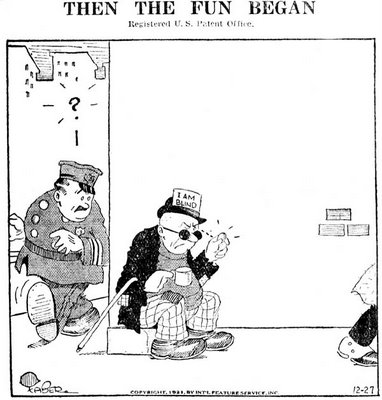 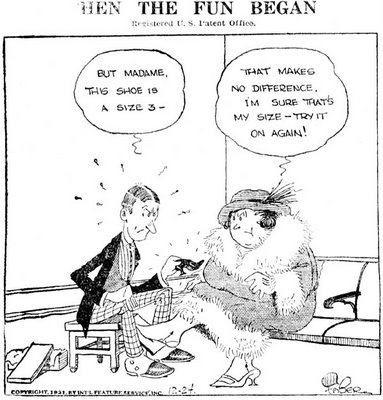 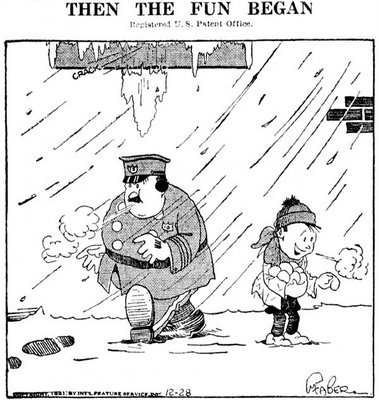 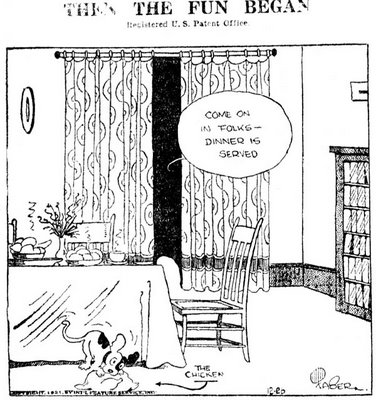 Then The Fun Began, Day Three 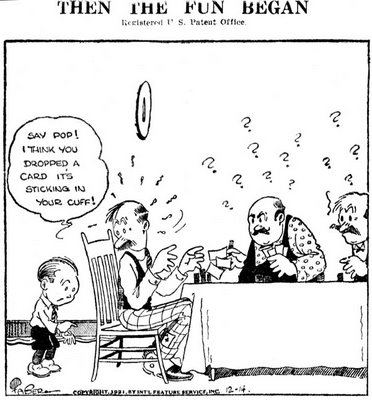 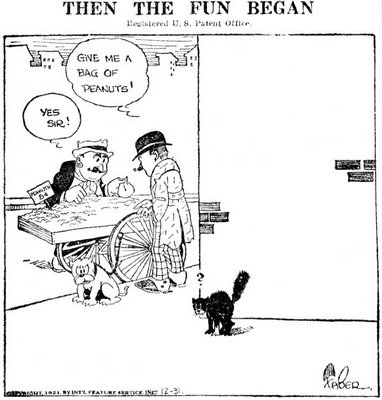 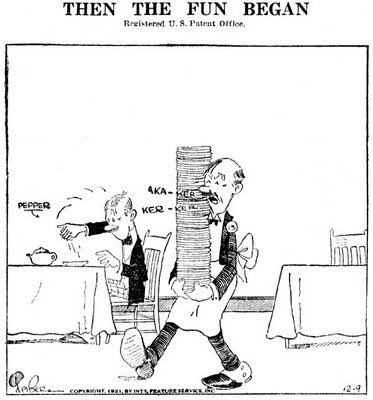 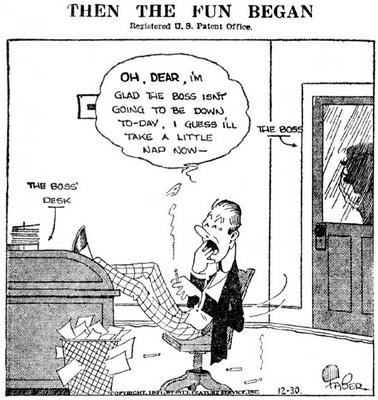 Then The Fun Began, Day 2 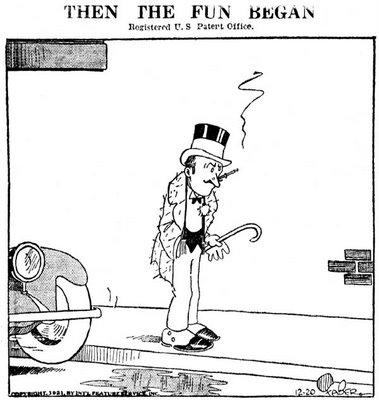 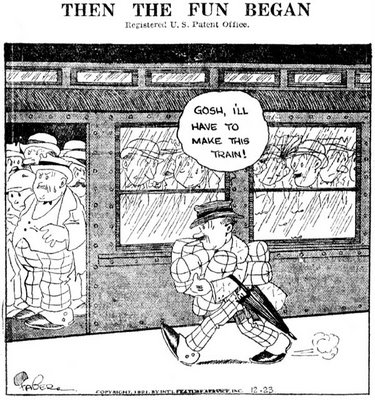 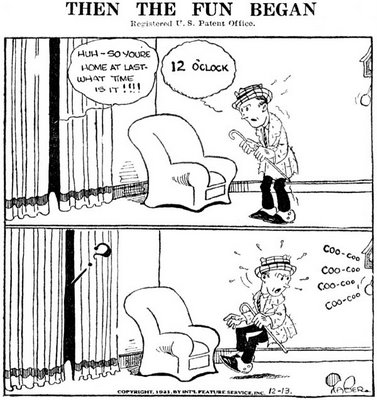 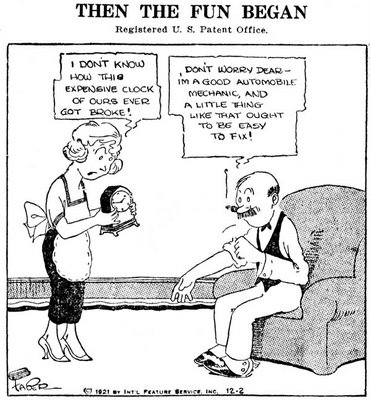 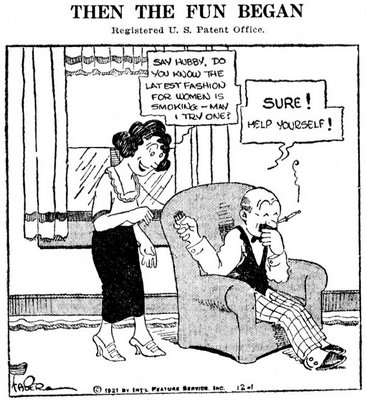 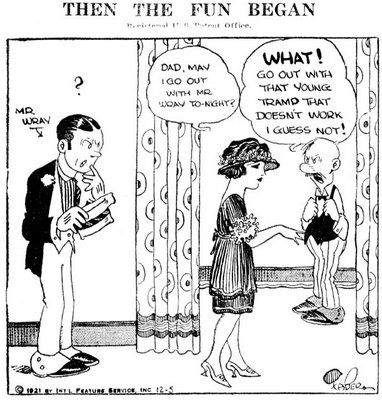 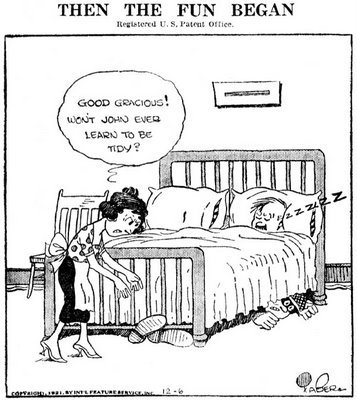 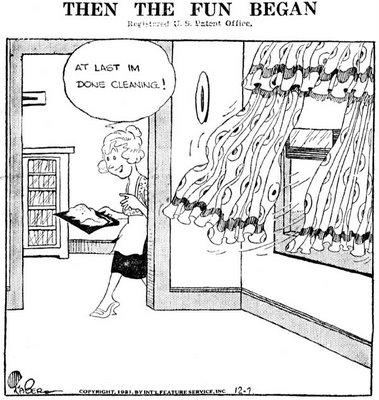