Obscurity of the Day: Citizen Fixit 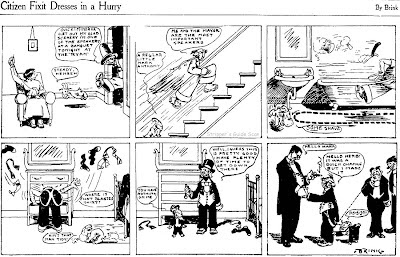 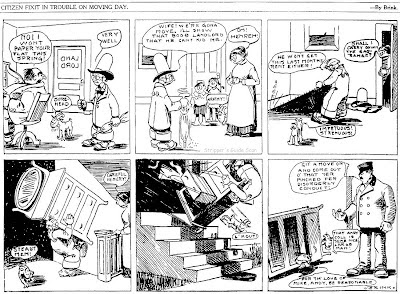 This strip easily outdoes the 1903 New York Herald Citizen Fixit series for obscurity. This version ran in the St. Paul Pioneer Press from April 20 to July 6 1913. Along with another strip we'll probably cover tomorrow, it was used as an in-house produced stopgap while the Pioneer Press was shopping around for a new syndicate to supply their Sunday funnies.

What's really interesting about this strip is that it is signed Brink, and the signature looks like the one used by Robert M. Brinkerhoff, later the longtime producer of Little Mary Mixup. I checked the various biographical material for Brinkerhoff and none refer to him having spent time way out in Minnesota. In fact reliable sources have him arriving in New York in 1913, so if this Brink is Brinkerhoff, this strip had to be pretty much his last hurrah there.

Comments:
A handful of Citizen Fixits are up on Barnacle Press...