Obscurity of the Day: I'm Falling in Love with Some One! 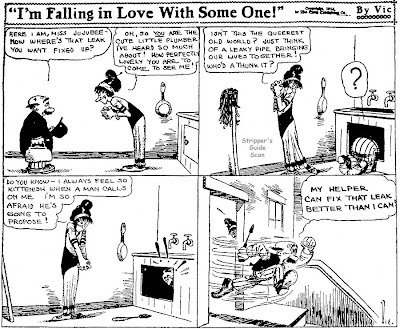 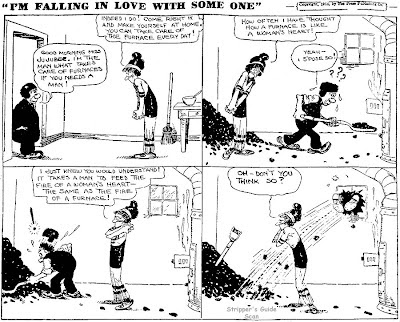 Here's Vic Forsythe, future creator of the long-running Joe Jinks, showing in no uncertain terms that he was no women's libber. I'm Falling in Love with Some One! ran in the New York Evening World from January 7 to February 7 1914 during a extraordinarily prolific period for the artist. Forsythe practically squeezed everyone else out of the Evening World, which had formerly been a revolving door for practically every cartoonist who set foot in New York City.

Forsythe was, intentionally or not, instrumental in changing the Evening World's cartoon make-up into the more modern mode of having a standard set of, if not comic strip titles, cartoonists appearing daily. While this particular strip didn't last, Forsythe's Flooey and Axel, and later Joe Jinks were among the longest running strips that appeared in that paper.