Obscurity of the Day: Just Among Friends 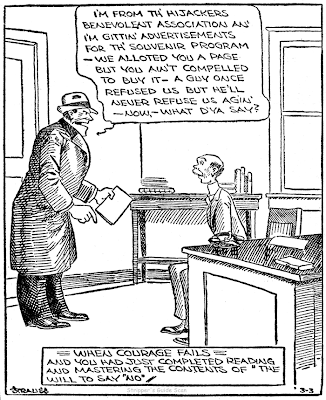 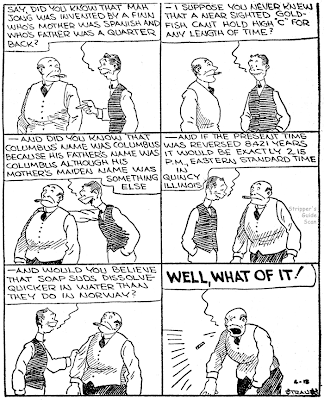 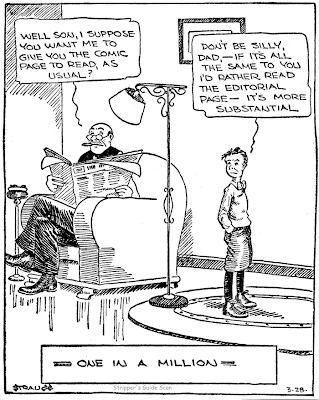 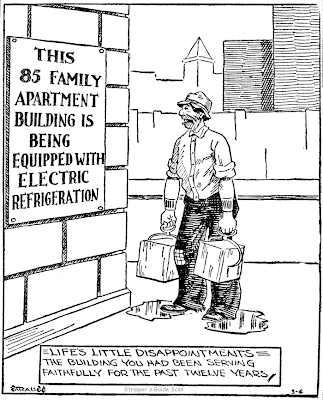 Joe Strauss' Just Among Friends began in the New York World in it's last hobbling days shortly before it was sold off. The feature debuted on August 15 1930 to a suitably cold reception from newspaper editors. While the panel cartoon was perfectly fine, with adequate art and reasonably good gags, it was such a slavish imitation of the popular Briggs and Webster panel cartoon series that editors must have wondered why they should buy the imitation rather than the beloved originals.

Just Among Friends used a set of revolving 'subtitles' just like the more famous Briggs and Webster versions. Where Briggs had When A Feller Needs a Friend, Strauss substituted Life's Little Disappointments; Webster's The Timid Soul was channeled by Strauss' When Courage Fails. All except one of Strauss' series was a straight copy -- the one exception was Well, What Of It in which one fellow who fancies himself quite a card peppers another fellow with ridiculous 'facts' -- the poor soul endures this for five panels and then yells "Well, what of it!". The gag was cute, but when repeated at least once a week it wore thin pretty quickly.

Just Among Friends survived the end of the World, but not by much. Ending on August 13 1931, obviously the cartoonist had negotiated a one year contract. Joe Strauss was not heard of again in newspaper cartooning that I know of.

Comments:
That last panel with the ice man reminds me of the old "Out Our Way" panels. I really like that one.