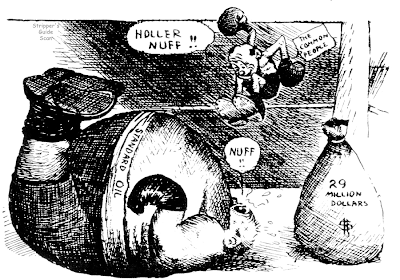 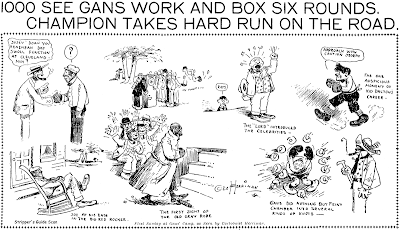 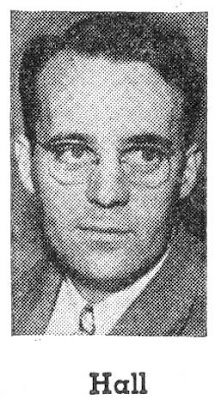 Post-Hall Syndicate, Inc., became effective as the new name of New York Post Syndicate, March 1, according to Robert M. Hall, the syndicate's president and genera1 manager since he organized it four years ago.

The company was not incorporated as New York Post Syndicate until August, 1946.

Hall, one of the corporation's principal stockholders, indicated that the change in name was a natural development, more representative of the syndicate's recent activities.

During the past several months, the syndicate has launched new features, including "Tex Austin," an adventure comic, and the "Wizard of Odds," a facts panel; signed on Walt Kelly's original animal comic "Pogo," and has picked up new clients for Columnist Victor Riesel's "Inside Labor," which involved changing the New York outlet to the New York Mirror.

Post-Hall Syndicate is a success story. Hall began it in 1944 with New York Post features such as Earl Wilson's "It Happened Last Night," Sylvia Porter's finance column, "Your Money's Worth," and Samuel Grafton's "I'd Rather Be Right." Within a short time, the syndicate began contracting features on its own, developing the action strips, "Mark Trail," and "Bruce Gentry," and the story-problem comic, "Debbie Dean."

Hall was formerly sales manager of United Feature Syndicate, which he joined in 1935 directly from the Columbia University Graduate School of Journalism. Earlier he had worked for the Providence (R. I.) Journal throughout high school, three years at Northeastern Law School and four years at Brown University. 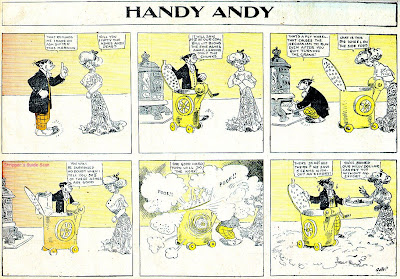 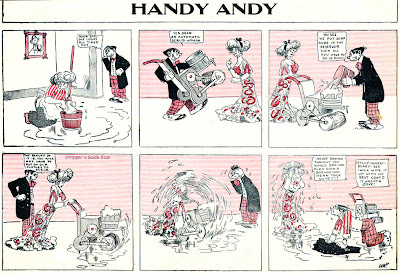 Obscurity of the Day: When a Man's Married 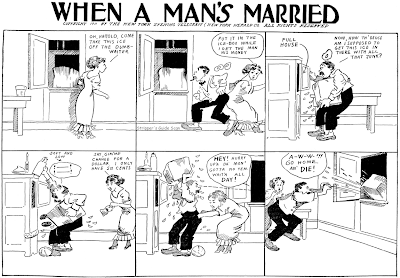 Here's an early strip by Cliff Sterrett, who went on to pen Polly and her Pals to considerable acclaim.

When a Man's Married began in the New York Evening Telegram on May 13 1911 as one of their many less-than-daily strips (boy, wouldn't I love a less cumbersome, more descriptive term for that). Sterrett penned this strip along with several others until he defected to Hearst in December 1912. His last entry in this series was on December 12.

The Telegram must have thought a lot of Sterrett's strips, because when he left they were all continued by others. When a Man's Married was reassigned to Jack Farr, whose first entry in this series was on December 19. Farr continued the strip for eight years, quite a run for a strip that practically no one remembers. The strip last ran in the Telegram on November 23 1920. 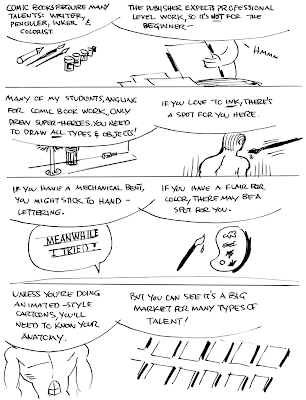