Obscurity of the Day: And the Worst is Yet to Come 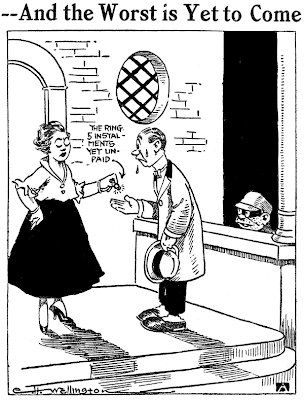 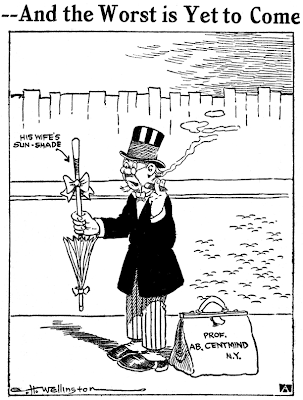 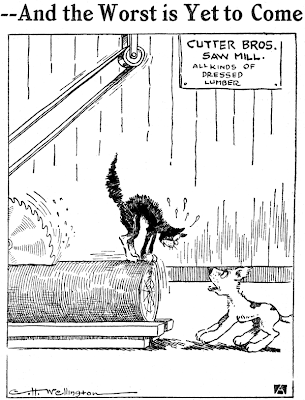 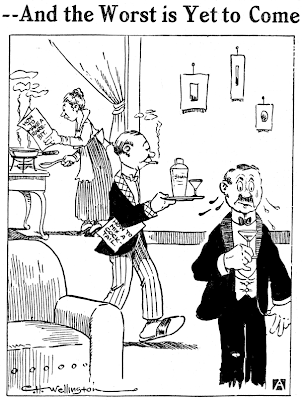 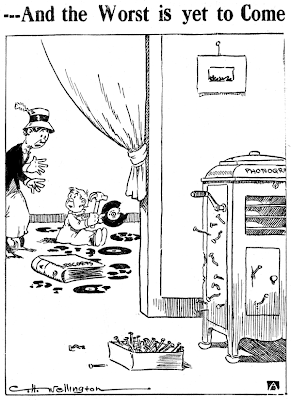 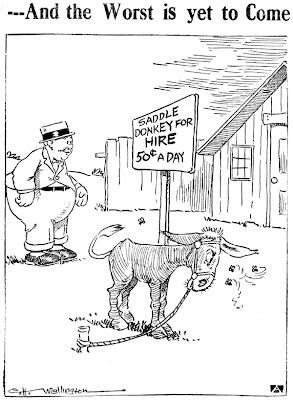 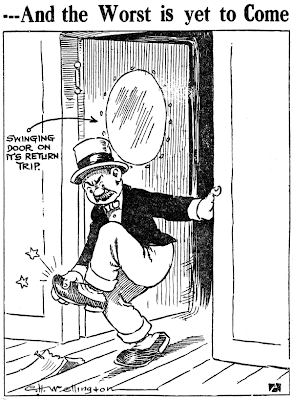 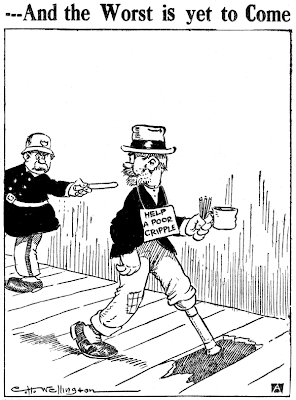 Much like another favorite of mine, Then the Fun Began (samples here, here, here and here), this panel on its better days makes the reader work a little to discover the gag. The setup is that our hero is depicted suffering from one setback and is about to suffer another one that's even worse.

And the Worst is Yet to Come was created by C.H. Wellington for the Associated Newspapers cooperative syndicate, whose logo, rarely seen, is found at the lower right of these panels. I don't know why, but some syndicates just didn't care to include copyrights or syndicate stamps on their material, and Associated is one of the worst for that.

The panel began on September 16 1913 and may have ended on April 26 1915. I say "may have" because it's not uncommon to see these panels later on -- I think they're reprints but it takes a lot of meticulous research to know for sure. Certainly by the 1920s they are definitely reprints, and I've seen samples of this feature running in backwater newspapers as late as the mid-1930s.

Comments:
Some of these actually made me laugh, which is rare for these old comics. Cool!

It lasted until June 1916 in the Syracuse Journal.