Obscurity of the Day: Tumble Tom 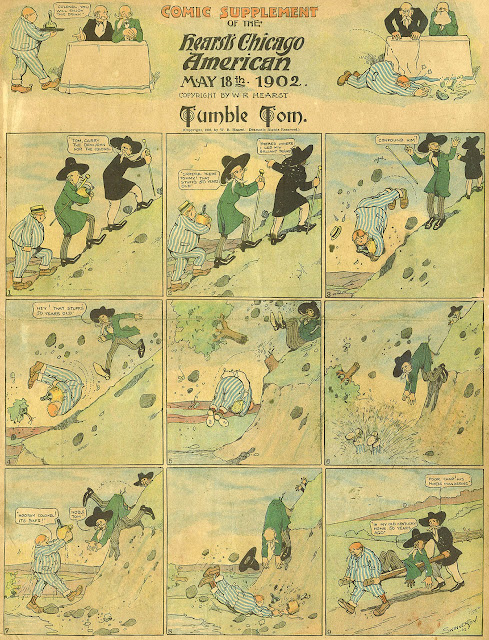 After Jimmy Swinnerton was summoned to New York to work at Hearst's flagship papers, for the first few years he did quite a few weekday features, and pretty much stuck to his animal characters on Sundays. Tumble Tom was one of his first Sunday series in New York to feature humans.

The klutzy pratfalls of Tumble Tom weren't all that original or inspired, so it's not much of a surprise that the series didn't go on for very long. It started on April 13 and ended October 19 1902.

Thanks to Steven Stwalley for the scan!

Comments:
You say New York, but this is a Chicago newspaper. You mean when Mr. Swinnerton came to New York,would all of the Hearst newspapers have his strips?