Obscurity of the Day: Hank and Knobs

Hank and Knobs was one of the longest-running and popular features of the Associated Newspapers co-op syndicate in their early years. Associated, as you may recall from other posts, was formed from a group of major newspapers in various cities, each of whom contributed their locally produced features into a pool that could be used by all the members.

Hank and Knobs was a contribution from the Boston Globe and cartoonist Joe Farren. Farren has a style that strip fans either love or hate -- I fall into the love camp. Some guys just know how to 'draw funny', and I find myself smiling at Farren's drawings even before I read the gag. I also like the heavy outlines around the figures, which seem to make them pop out of the page -- a trick Farren probably stole from Winsor McCay.

The strip is an obvious and outright rip-off of Mutt and Jeff, Bud Fisher's juggernaut of the weekday comics pages. In the teens there were plenty of cartoonists trying to ride those coattails, and few did it so successfully (or slavishly) as Farren.

Associated Newspapers features of the teens are notoriously hard to track, but luckily the Boston Globe ran this strip from start to finish without a hiccup, so I can report the 'official' running dates confidently as January 3 1911 through January 9 1916, an impressive five year run.

Obscurity of the Day: Graves, Inc.

Pat Brady hit major pay-dirt with his strip Rose Is Rose, which has now run for over a quarter century. But before that there was Graves, Inc., a strip that took a very different view of life than the ever-bubbly and positive Rose and family.

The star of the strip was Winston Graves, who runs a company in the best Ebenezer Scrooge tradition. He treats his terrorized employees like dirt, cheats his customers, and will stop at nothing to make a buck. Pretty typical boss, in other words. I find the strip hilarious and the Winston character a deliciously evil star, but newspaper editors by and large elected to take a pass on the strip. Given the over-the-top sunniness of Rose is Rose, I'm guessing that Brady was told that Graves, Inc. didn't succeed because it was too dark and negative (after all, that's why Dilbert was such a flop, right?). He really must have taken those reviews to heart when for his second syndication attempt he took such a complete 180 degree turn.

Rose is Rose fans might look at the art on this earlier strip and wonder if it can possibly be by the same Pat Brady. There seems to be no resemblance at all. Yet if you go back to early Rose is Rose, which started in 1984 (not 1994 as you'll see cited all over the web) you'll find a strip full of bulbous-headed, rather ugly people just like in this strip.

Graves, Inc. was distributed by the Register and Tribune Syndicate from October 6 1980 until sometime in 1983 (anyone know the exact end date?). If you'd like to see more of the feature, a reprint book, Graves Inc. Derides Again, was issued in 1988 by Caputo Publishing. It's available from several out-of-print booksellers, though the price is a bit on the heavy side.

Comments:
The only paper that I saw Graves, Inc. was the old Philadelphia Bulletin.

Montreal Gazette use to run the strip in the 80's

Tampa Tribune in the 80's 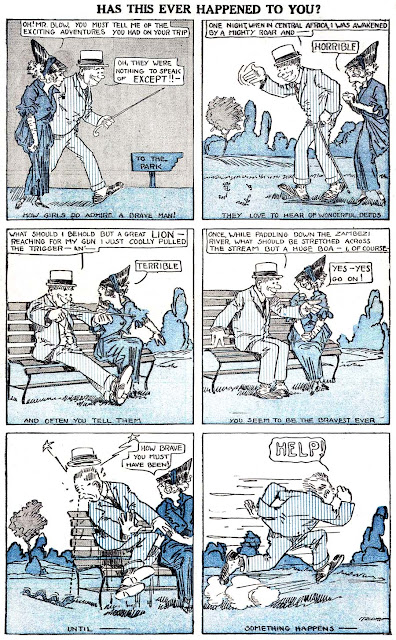 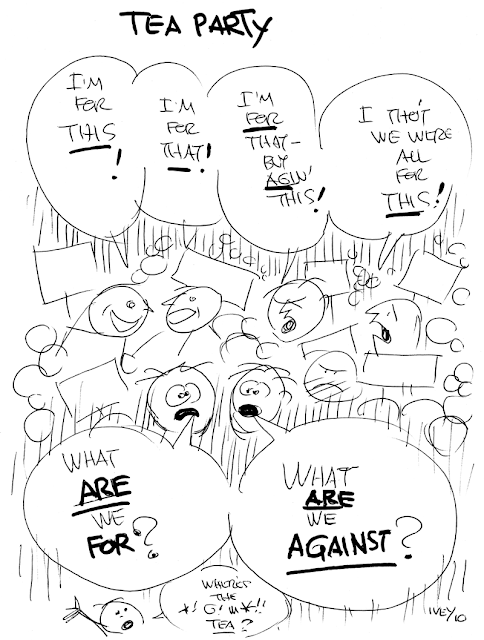