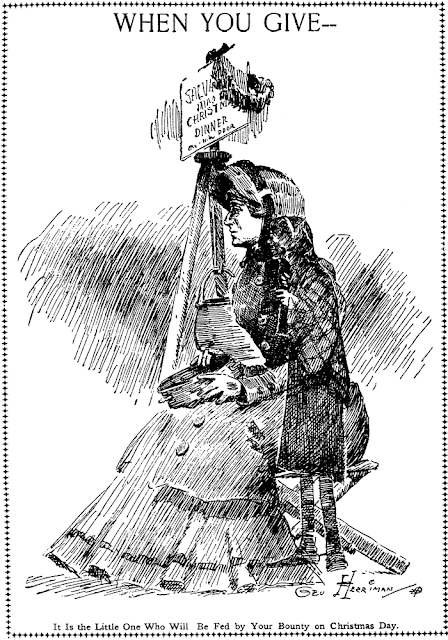 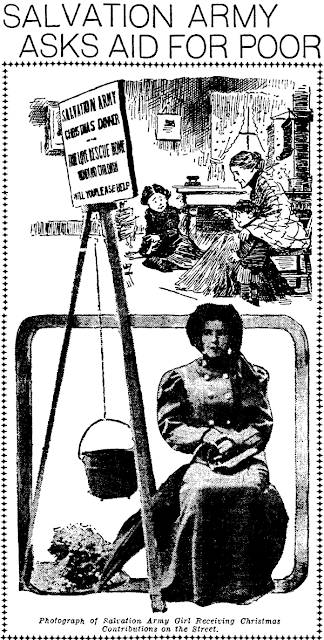 Friday-Saturday, December 20-21 1907 -- The Salvation Army, which was founded in England in 1865, quickly expanded into a worldwide relief organization. It was established in the U.S. in 1880. 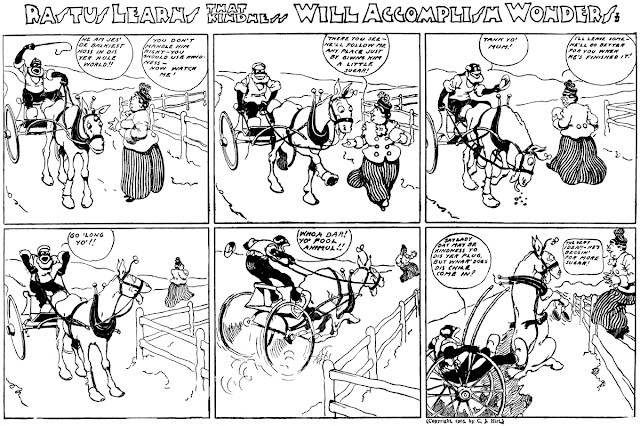 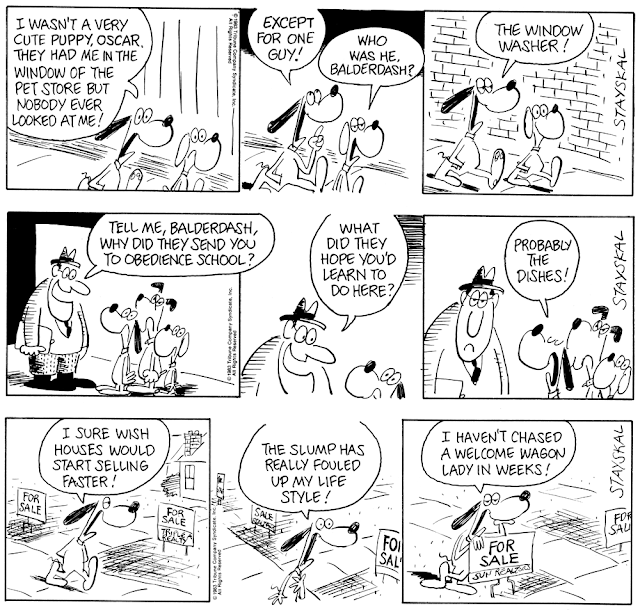 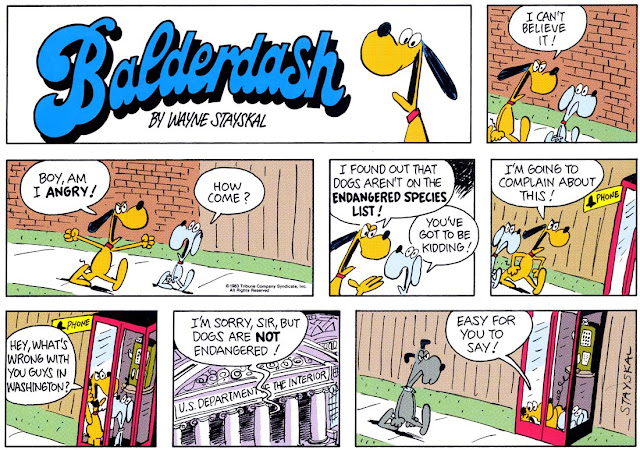 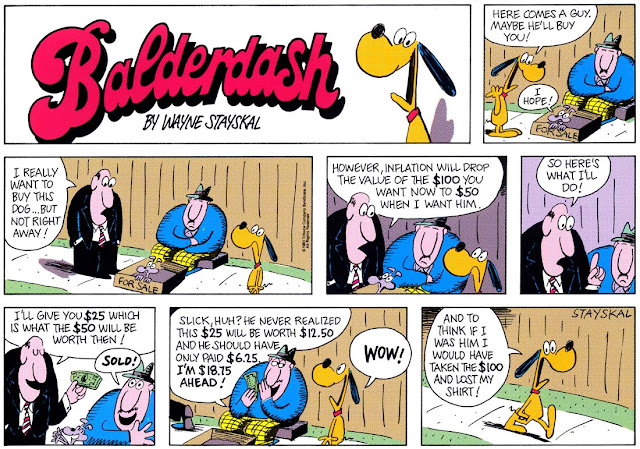 Obscurity of the Day: Getting Wise / Mr. Fallguy

Here's an obscurity from the Chicago Daily News, that hotbed of daily comics we've discussed here every once in awhile.This series, about a fellow who tries to be helpful only to get himself into trouble, started under the title of Getting Wise on September 3 1909. At the helm was the great George Frink, who is best known for his classic Circus Solly/Slim Jim strip.

Frink was extraordinarily productive in the 1900s, but by 1909 he seemed to be having trouble sticking with anything, and Getting Wise is a good example of that. Frink only stayed with the strip until October 7, then an episode on October 12 was penned by R.B. Fuller. Frink was back for the next episode on October 15, then back to Fuller on the 26th. Frink then produced four more strips between November 11 and December 7, then back to Fuller on the 28th. Frink settled back in on January 17 1910, producing 18 more episodes between then and May 26. Fuller was back in charge in June, producing two episodes. Then Frink again, who stuck with the series for a long spell from July 15 1910 to January 12 1912, though sometimes more than a month would go by without an episode. This may seem pretty extreme, but the Daily News series were often this sporadic.

In 1912, though, the Daily News changed its philosophy and began to favor a more manageable stable of series that were produced on a regular basis. Many series were dropped, among which was Getting Wise. Frink now concentrated mainly on a series called Sammy Spankem. In September 1913, though, the Getting Wise series was revived, this time under the title of Mr. Fallguy (he'd been the main character throughout the run, but now the Getting Wise title was dropped). Frink abandoned Sammy Spankem and a temporarily revived Circus Solly strip to concentrate on it. Between September 16 and the 27th Frink produced six episodes, then Richard Thain jumped in for two on September 30 and October 2. Starting on October 4 Frink settled on Mr. Fallguy as his sole strip and produced it regularly until August 26 1915. It would be the last series produced by Frink, who, according to scuttlebutt that shouldn't necessarily be considered reliable, then succumbed to alcoholism.

Mr. Fallguy, especially in its later incarnations, was produced by rote and is not a fitting coda to Frink's brilliant cartooning career.

Comments:
George O. Frink was the youngest of two sons born to Erastus and Lotta (Charlotte) as recorded in the 1880 U.S. Federal Census. The family lived in Indianapolis, Indiana. The Indiana Marriage Collection has Frink married on August 30, 1893. The wife's name was not given on the document.

Frink was the head of the household in the 1900 census. The family included his mother, brother and an uncle; they lived in Indianapolis. The census says Frink was born in June 1874. He was divorced and worked as an artist at a newspaper.

The April 1903 issue of "The Muse" reviewed the second annual exhibition of newspaper artists of Chicago at the Art Institute. There were nearly 900 items in a variety of media on display. Below is the commentary on the artists from the Chicago Daily News.

L. D. Bradley, the stalwart cartoonist of the News, who writes strong
editorials in his pictures, has loaned a number of his famous and
finished drawings to this exhibit, and the artistic family of which he
is the head is numerously and strongly represented. C. F. Batchelder
presents clever character work; B. E. Key a lot of bright, snappy
sketches; George O. Frink, strong sketches replete in fun; likewise
H. T. Webster and R. H. Garmen.

The book, "The Goat Family Comics, 1905-1906", was a collection of comics by George Frink and R. W. Taylor. (The book was recently reprinted and is available at Amazon.)

In the "World Encyclopedia of Comics, Volume 5", Maurice Horn wrote this about Frink:

George Frink, an authentically funny cartoonist who is hardly
remembered today; he also illustrated two Peck's Bad Boy books:
"Peck's Bad Boy and the Circus" [1906] and "… and the Cowboys"
[1907]. Frink's style was sketchy and filled with native humor. His
art was original but reminiscent of McCutcheon, Joe Donahey and
early Herriman. There was free movement in his panels and as
much slapstick as in Opper.

In the 1910 census Frink continued as the head of the household in Chicago. His mother, sister-in-law and niece lived with him. He worked as an artist at a newspaper. The same year the Indiana Society of Chicago published the book, "I Knew Him When–", which was illustrated with drawings by Indiana-born artists. Frink's contribution was acknowledged on page 113.

John McCutcheon's cartoons and caricatures will be identified
without resort to explanatory notes.
The other artists implicated are F. Finch, of the Denver Post;
F. Fox, of the Chicago Post; Kin Hubbard and Garr Williams of
the Indianapolis News; George O. Frink of the Chicago News and
Lawrence Erickson of New York City.

Frink did not sign his drawing; the drawing on page 57 looks to be in his style. (The book is available as a PDF download at Google Books.)

Horn also wrote, "Frink, who signed only his surname to his work and left his first name a mystery to comic historians for years, died in 1912." The Lambiek Comiclopedia says "Charles (George) Frink" died in 1911. Frink's demise was exaggerated and misinformed.

Frink's mother and uncle were living with him in 1920. His profession was an artist, but under the census column, "Industry", it reads "General". Apparently Frink was no longer employed at the News or any newspaper.

In the 1930 census, Frink was an institutionalized patient at the Elgin State Hospital, a mental health facility. When Frink passed away is not yet known. His name does not appear on a list of names at the Elgin State Mental Hospital Cemetery. The 1940 census might have his name but it will not be publicly available until April 1, 2012.

Wow, Alex, that is a fantastic piece of research work! What a shame that whatever it was that happened to him in the mid-teens put an end to his cartooning career. Still no confirmation of the alcoholism, but the information you've unearthed does make it sound likely.

Thanks so much for contributing this to the blog! 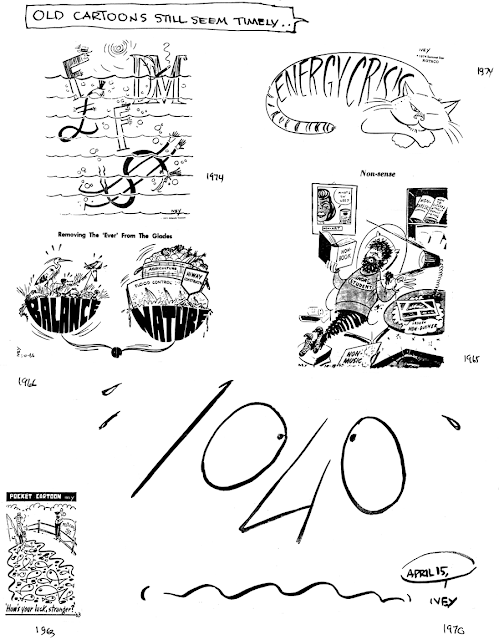