Obscurity of the Day: Little Darling 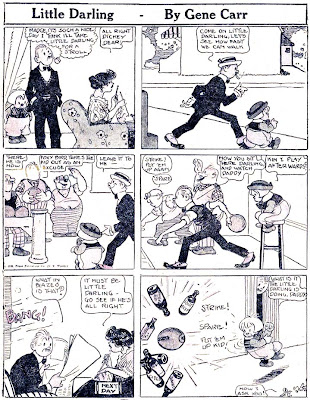 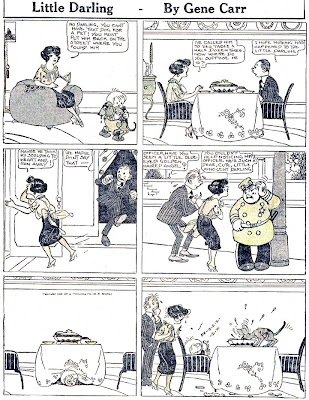 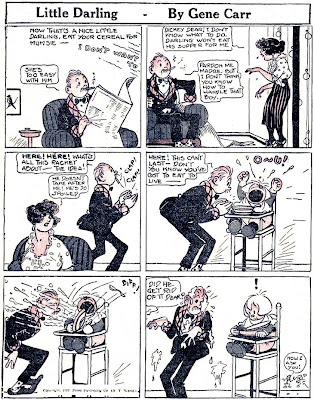 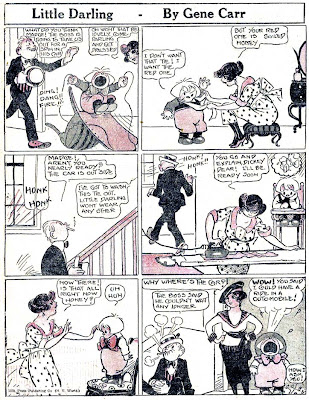 Gene Carr took a page from George McManus' playbook with Little Darling. This holy terror is strongly reminiscent of Snookums, and the mother is a doting Mrs. Newlywed. Carr shakes up the formula a bit by portraying the father as being more open to the idea that junior might just have a little bit of a behavior problem.

Veteran cartoonist Carr pretty much sleepwalked through this strip ... well, that isn't fair. I imagine he must have had to schlep to the paper's morgue and leaf through those heavy bound volumes looking for Newlyweds gags to rehash. Points for effort there.

Little Darling ran as a chintzy little quarter-pager in the New York World's Sunday comic section from June 12 1920 to February 6 1921.