Obscurity of the Day: Unforgettable Episodes in the Lives of Chicagoans 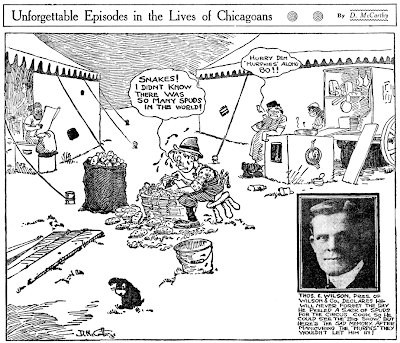 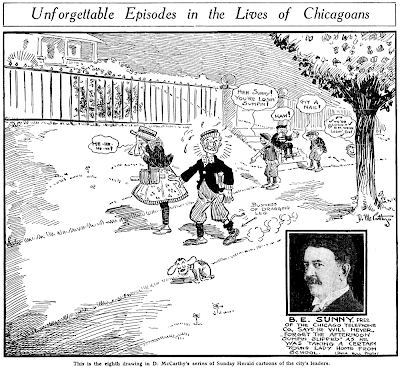 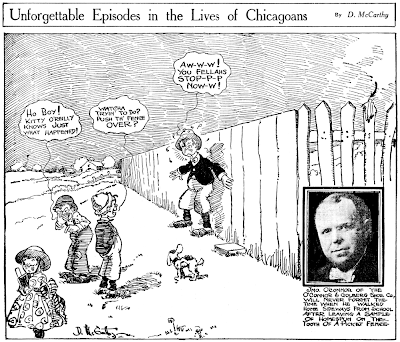 Newspapers occasionally tried to curry favor with local businesspeople (and potential advertisers) by featuring them in cartoons. The gimmick was sometimes artfully handled -- take, for instance, Billy Ireland's The Passing Show.  D. McCarthy of the Chicago Sunday Herald, however, lets it all hang out as a transparent attempt at posterior worship with this series of not-particularly-funny cartoons based on the boyhood reminiscences of Chicago businessmen.

The weekly series appeared in the Herald starting on February 4 1917 and ran until July 22 of that year.

D. McCarthy is either Dennis or Daniel, both of whom were cartoonists in this era. I'm too full of Christmas cookies this morning to bother hunting down which it is.

Thanks very much to Cole Johnson for samples of this feature!

Edit: Alex Jay, apparently not suffering so much from after-Christmas inertia, tells me that this would be Dennis McCarthy, as Daniel was long dead by 1917, and will offer an Ink-Slinger Profile tomorrow. What service!