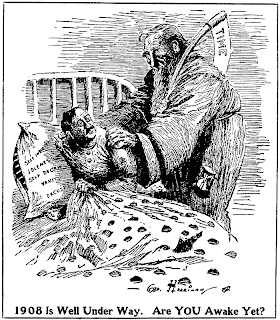 Sunday, January 12 1908 -- Herriman serves up a rather involved boxing cartoon to the sports page. Lessee ... Joe Gans recently fought and beat George Memsic in L.A., and then Memsic beat Rudy Unholz, and Battling Nelson was about to fight Jack Clifford, and ... um ... oh heck I give up. Like I said, it's involved. Basically the idea is that Gans is playing puppeteer to the lightweight division in order to choose himself a lucrative bout for the spring.

Herriman's other cartoon appeared as a small vignette in the full page editorial on the cover of the magazine section. The editorial is some ridiculous rambling silliness about Father Time waking up all the slumbering young men in the new year to, I dunno, go out and do great deeds I guess.

Comments:
So glad to see Herriman Saturdays return, Allan! I love reading these. Did System Restore bring back your scanner?
Mark Kausler

It took a System Restore plus another re-install of the scanner driver. 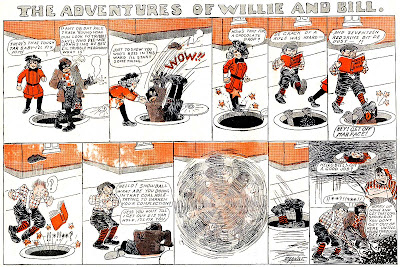 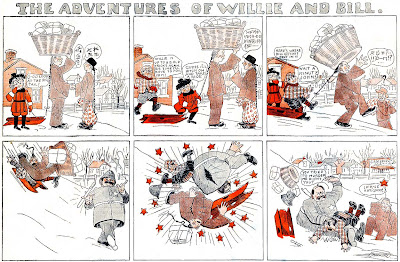 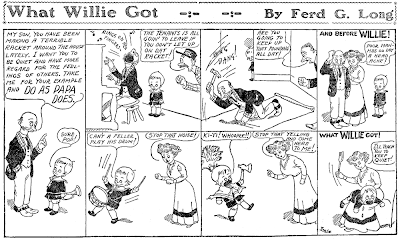 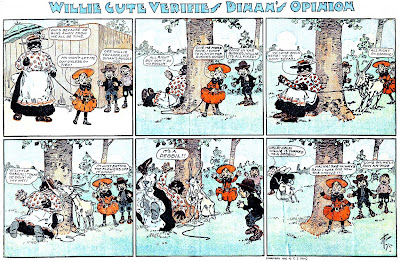 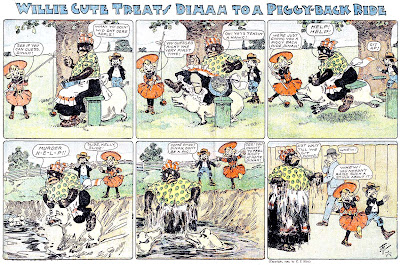 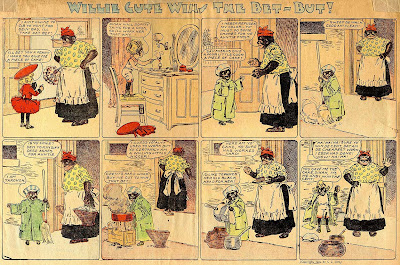 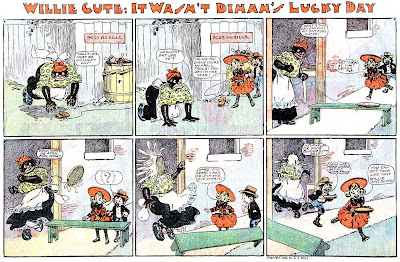 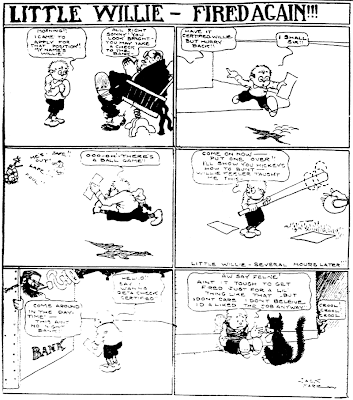 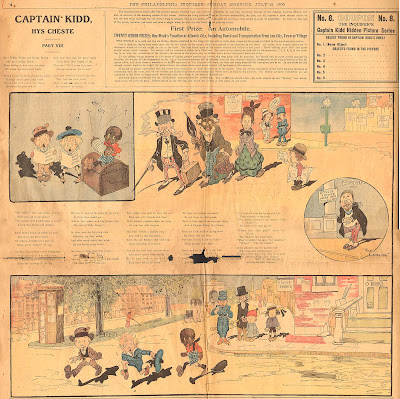