Obscurity of the Day: Mister Al Most 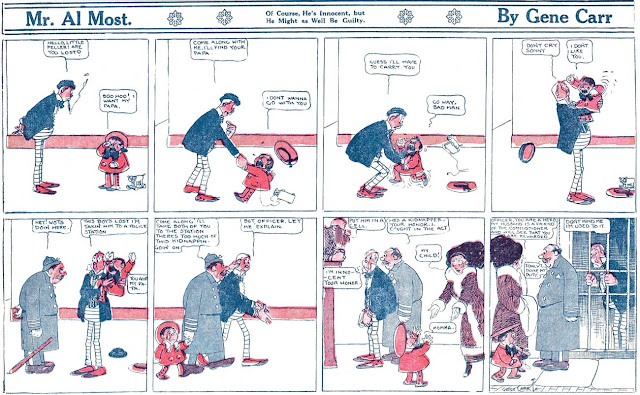 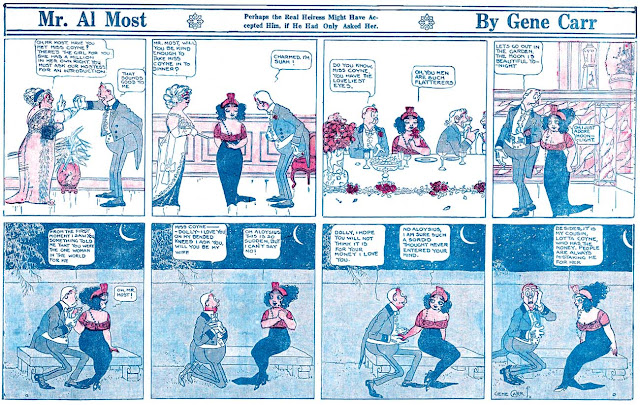 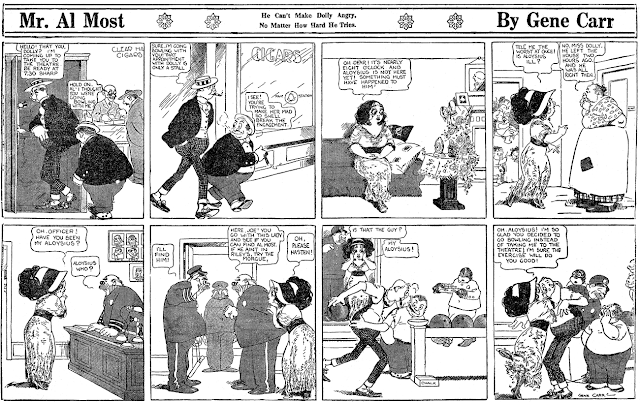 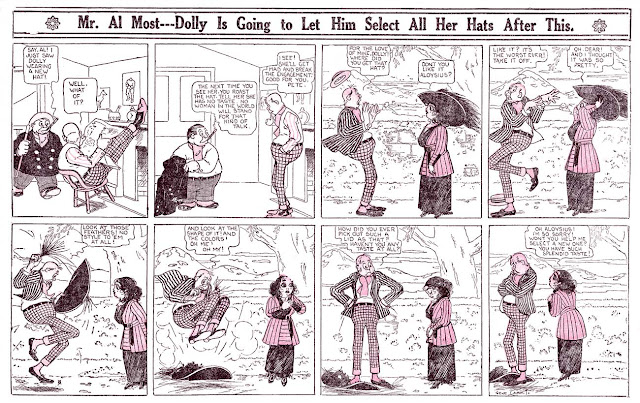 Gene Carr, one of the real workhorses in the Pulitzer stable in the 1900s-10s era, put yet another notch in his brush with Mister Al Most. The series debuted on December 10 1911, and starred a fellow who always seems to be about to do well for himself, but then the tables are turned and others take credit for his ideas or he becomes a goat.

This was certainly not a particularly original idea for a series, but Carr did add an element of interest when he began a continuing story about Al proposing to a girl, Dolly, thinking that she is rich, and then finding out she isn't. Al's mission, then, is to get her to break the engagement, which turns out to be a surprisingly tough task, and takes the rest of the series. Does he ever succeed? Unfortunately we don't know because the situation remains unresolved as of the last strip, which ran in the October 13 1912 Funny Side section.

Thanks to Cole Johnson for the scans! If you like Mr. Al Most, it looks like Barnacle Press has the whole run available.