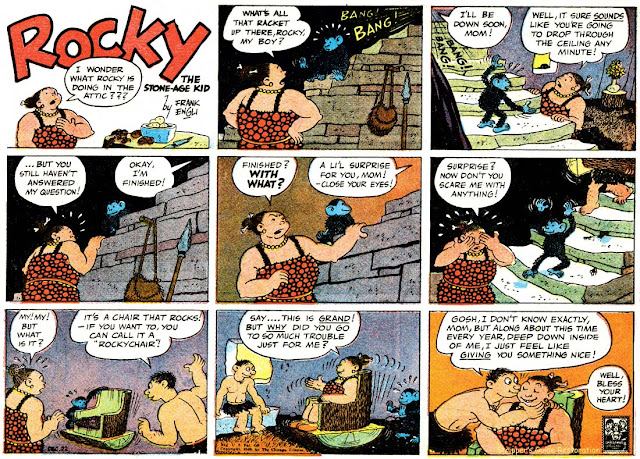 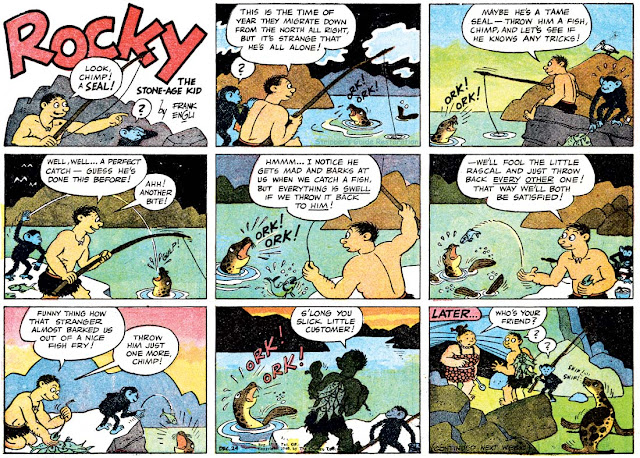 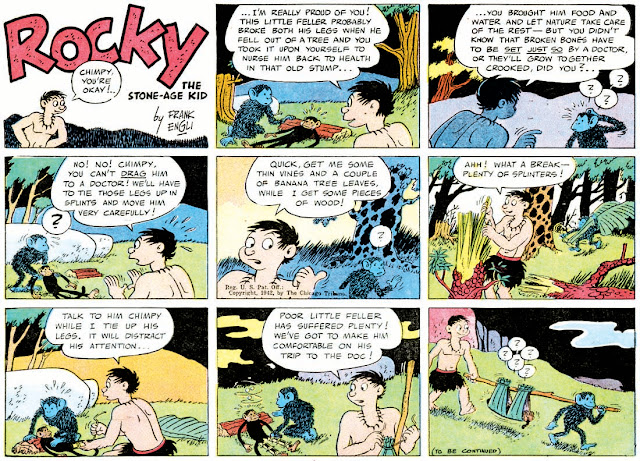 The last thing you'd expect to find in a comic strip about cavemen is tenderness and tranquility. Yet Frank Engli's Rocky the Stone-Age Kid is just about the gentlest comic strip imaginable. I don't mean saccharine sweet either; I just mean that everyone treats everyone else with genuine love and respect. There's no violence to speak of -- certainly no club to the noggin slapstick -- and about the only characters that get hurt are the fish that Rocky's family catches on their frequent fishing trips. Peacefulness isn't easy to do in the context of a funny comic strip, and, to be frank, Rocky isn't all that funny. It is, however, heartwarming, pleasant and an enjoyable read.

Frank Engli, better known to comic strip fans as Milton Caniff's long-time letterer, was at the helm for this strip, which ran in the Chicago Tribune's Comic Book section starting August 25 1940. It ran there until the Comic Book section folded, and then graduated to the main Tribune comic section, ending October 31 1943.

Comments:
Hello, Allan---I remember when I was a kid there was was another cave-kid named ROCKY. Years after Mal Eaton's PETER PILTDOWN strip ended ended in the N.Y.HERALD-TRIBUNE, he reincarnated the strip as ROCKY STONEAXE in BOY'S LIFE magazine.