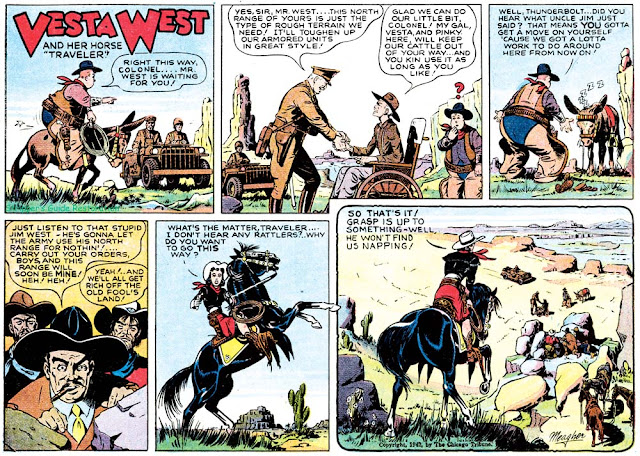 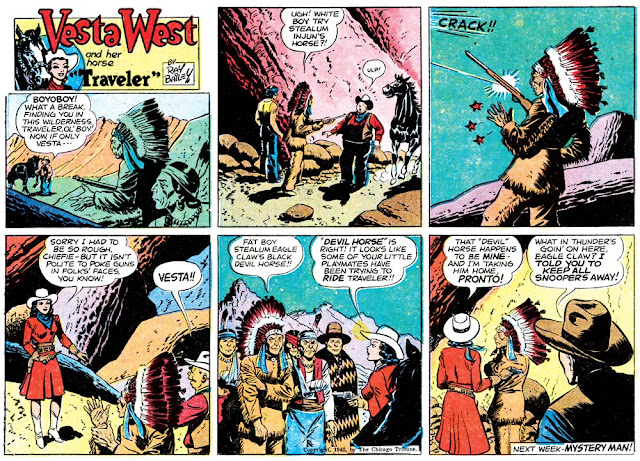 Vesta West was the last new strip to appear in the Chicago Tribune's Comic Book section. It debuted on August 30 1942, about seven months before the section itself was cancelled. Vesta West survived the section, but not for long, ending on October 31 1943 along with most of the other refugee features from the Comic Book.

The strip was a pretty conventional present-day Western, with a little added sex appeal from a girl heroine. The strip was created by Fred Meagher, whose excellent bio on Yesterday's Papers is highly informative, except on the point of why he turned the strip over to Ray Bailey after just two months. I'm afraid I'm no more in the know on that issue. The fact remains, though, that Bailey took over with the strip of October 11 1942, and stuck with it until the end. Before this assignment Bailey had primarily been an assistant, working on Terry and the Pirates and The Gumps, both Chicago Tribune-New York News Syndicate properties.