Obscurity of the Day: King Baloo 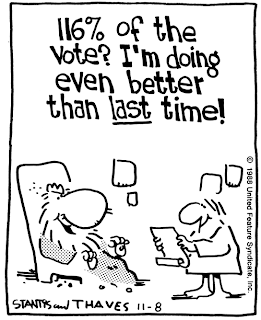 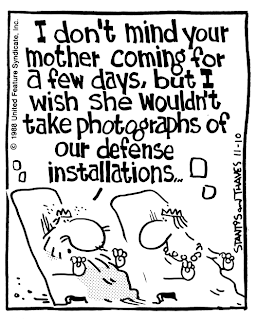 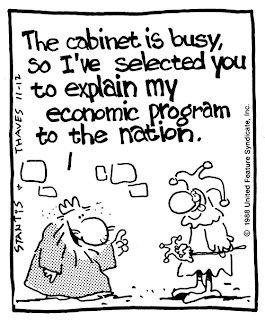 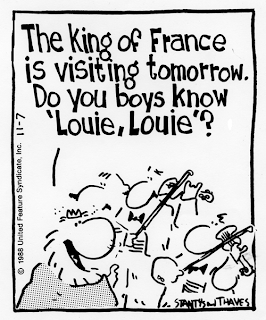 What happens when you take two fine cartoonists, one who already has a mega-successful strip, one whose editorial cartooning career is soaring, and put them together to create a new feature? When those two are good friends and collaborators Bob Thaves and Scott Stantis, the year is 1988, and their brainchild is King Baloo, you get a feature that, against all odds, barely even made a blip on the radar.

The weird thing is that the feature seems like it could have been a winner. King Baloo is a fun character -- his personality is half King of Id, half Little King. He's playful, but can also be cheerily despotic. The gags, though they can be pointedly political and contemporary, always have an element of whimsy to keep things light.

The creators also doubled their chances for success by making the daily version available in both panel and strip configurations. So how this feature managed to be such an utter failure is beyond my comprehension. The strip is so obscure that the Sunday version, which I'm assured did exist based on United Media records, I've never even seen.

King Baloo ran from May 23 1988 to April 16 1989, not even making it to the end of the first year contract. In a 1992 interview, Scott Stantis made a remark about the feature being relaunched, but as far as I know nothing ever came of it.

Comments:
I recall hearing that another cartoonist named Rex May was involved.