Thursday, April 2 1908 -- The big Memsic-Brock fight is tomorrow night, and Herriman visits young Brock's training camp. Apparently George is impressed with the 19-year old fighter, who seems to be playing pretty hard with his sparring partners.

In weazel skin hat news, yet another guest vamooses, taking mystery guest #13 along in his wake.


Adam Chase strip #7, originally published July 17 1966. For background on the strip and creator, refer to this post.


Herman Methfessel was born in Great Kills, Staten Island, New York, in October 1873. His birth place was identified in The Sun (New York), December 18, 1912, and 1900 U.S. Federal Census recorded his birth date. In the 1880 census he was the oldest of four sons born to Herman, a bookkeeper, and Anna. They lived in Middletown, Staten Island.

The World, May 13, 1893, published the names of art students who received prizes at the National Academy of Design. In Life School, Methfessel received the silver Suydam medal; in both Composition Class and Painting Class he was awarded 40 dollars each from the Hallgarten School Prize Fund.

According to the 1900 census, he married Mary in 1899 and they lived in Manhattan, New York City at 425 West 43 Street. He was an artist who contributed illustrations to magazines including St. Nicholas. His son, Herman, was born November 23, 1900. In the 1904 Brooklyn Directory, his home address was 322 Hawthorn, and his office address 61 Park Row in Manhattan. For the New York Evening World he produced Bill Hustle of Harlem, from April 20 to September 11, 1907. The following year, his strip, Kitty Yeow, ran in the Boston Traveler, according to American Newspaper Comics (2012). 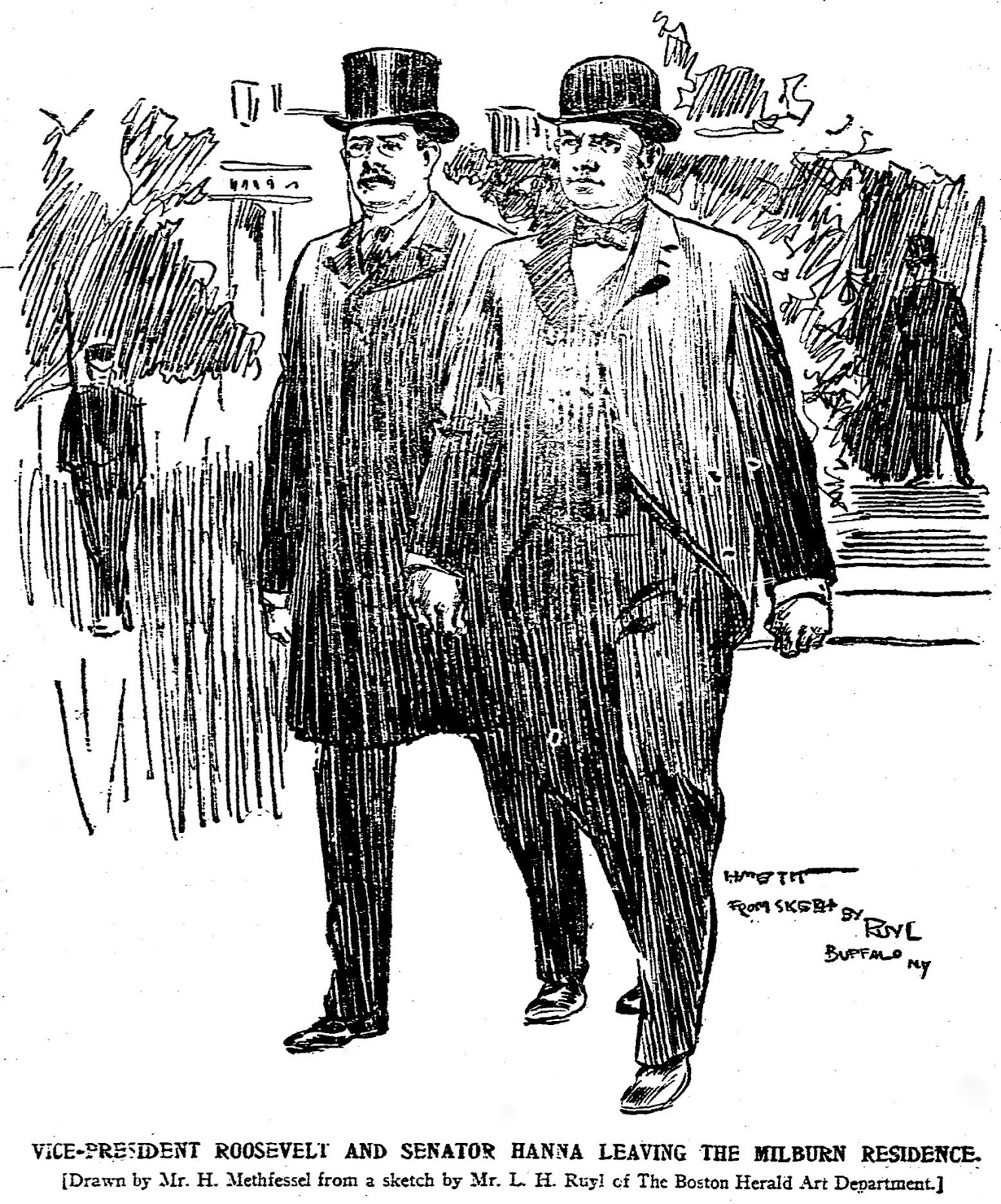 His home address was the same in the 1910 census, and he continued as a newspaper artist. The Return of Caroline (1911) was published with a frontispiece by him.

Methfessel passed away December 17, 1912, at his home in Staten Island. The Sun reported his death the following day:

Herman Methfessel, who had been a staff artist of the World since 1901, died at his home in Great Kills, Staten Island, yesterday, after an illness of five months. Mr. Methfessel was born at Stapleton, Staten Island, thirty-nine years ago. He was educated in the public schools and after he graduated he studied art in the National Academy of Design. He was one of the first of the high class artists to make newspaper illustration a profession in itself. His last work for the World was illustrating the Chicago and Baltimore conventions. Before joining the World Mr. Methfessel was on The Sun and the Herald. His work also appeared in the leading magazines.

(Co-incidentally, there was another newspaper artist named Methfessel, identified by a first name initial A, who was on the staff of the San Francisco Call; his name was Adolf or Adolph, the younger brother of Herman and should not be confused with the Swiss artist of the same name. Edan Hughes, in his book, Artists in California, 1786-1940, said he resided in San Francisco from 1901 to 1906. His illustrations appeared in magazines, too. According the Brooklyn Daily Standard Union, June 4, 1912, he, as Adolph, passed away June 2.) 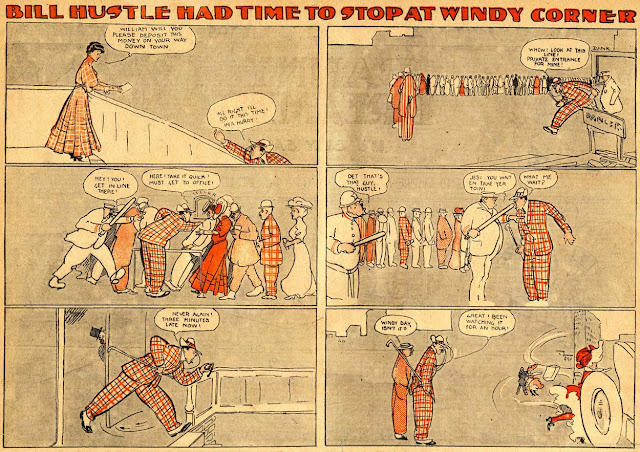 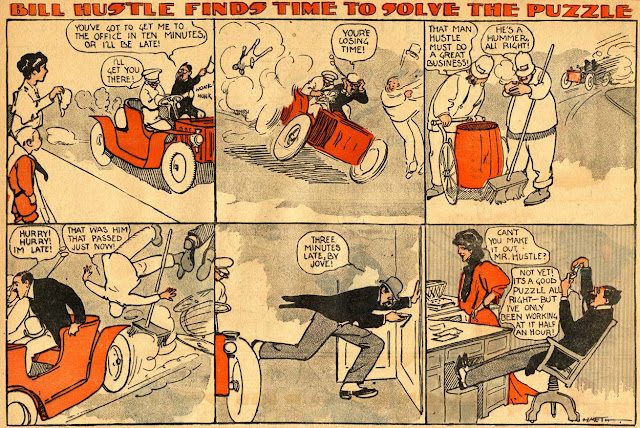 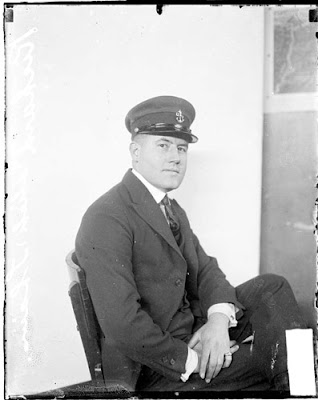 Obscurity of the Day: Sammy Spankem

George Frink is another one of my favorite cartoonists -- a guy who produced prodigiously and always sought to create something original, rather than just ripping off the other guy's ideas. In Sammy Spankem, one of his later weekday series at the Chicago Daily News, he takes some hoary concepts and stirs them all together into something different. By 1908, when this strip debuted, people were quite familiar with the various comic strip kid types -- you had the bullies, the prank-pullers and the nancy-boys -- and among fathers you had the mean ones, indulgent ones, and the generally clueless sorts. Frink takes a sort of a nancy-boy type kid, but makes him into an unwitting prank-puller. In complete innocence Sammy asks his clueless father for something, in which father invariably indulges him -- then the prank comes off, getting the father conked, robbed or what have you. Finally, in an unexpected turnabout, clueless indulgent daddy whales the tar out of the kid because he can't see that he was to blame for his own troubles by indulging the boy.

Although the concept is original, Frink probably ran with it too long; over five years. However, part of Frink's amazing ability was to keep a very simple idea fresh. As you can see from these 1912 examples, Frink can still do a funny turn on the concept.

Sammy Spankem first appeared on March 7 1908, and has the distinction of being Frink's last published series strip on September 13 1913, other than a very short stint at World Color Printing in 1915 (which was likely just reprints or leftovers from years earlier). As with his other Chicago Daily News strip, Frink was occasionally spelled by other cartoonists. Richard Thain contributed a single strip in 1909, R.B. Fuller one in 1910, and someone who signed himself 'Fitz' did a few strips in 1912. 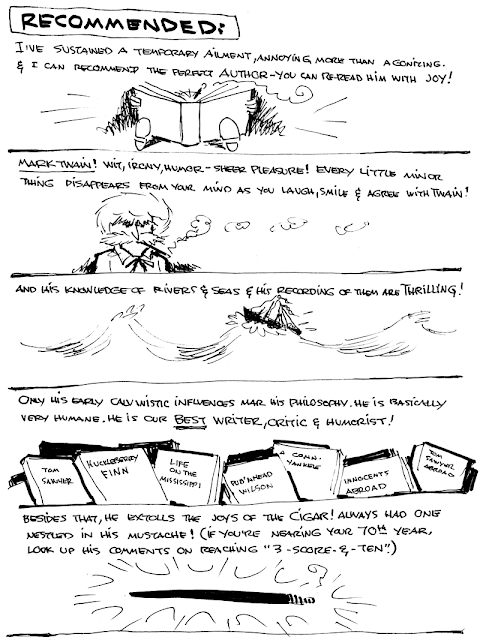 Comments:
You know, I read a lot, but not as much as I'd like for pleasure. When I do read for pleasure, I usually pick a crime fiction novel. I haven't read Twain in decades, but always enjoyed him. Perhaps...