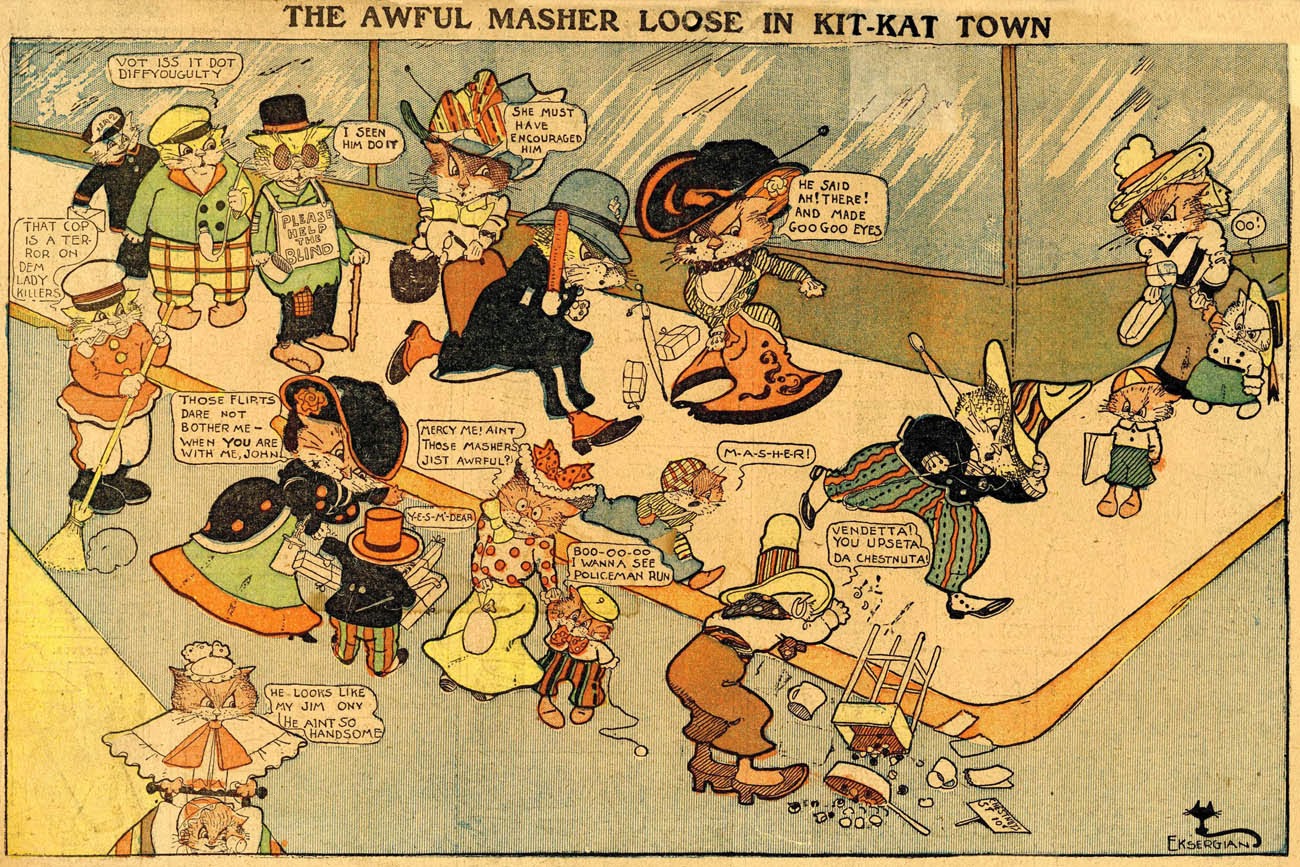 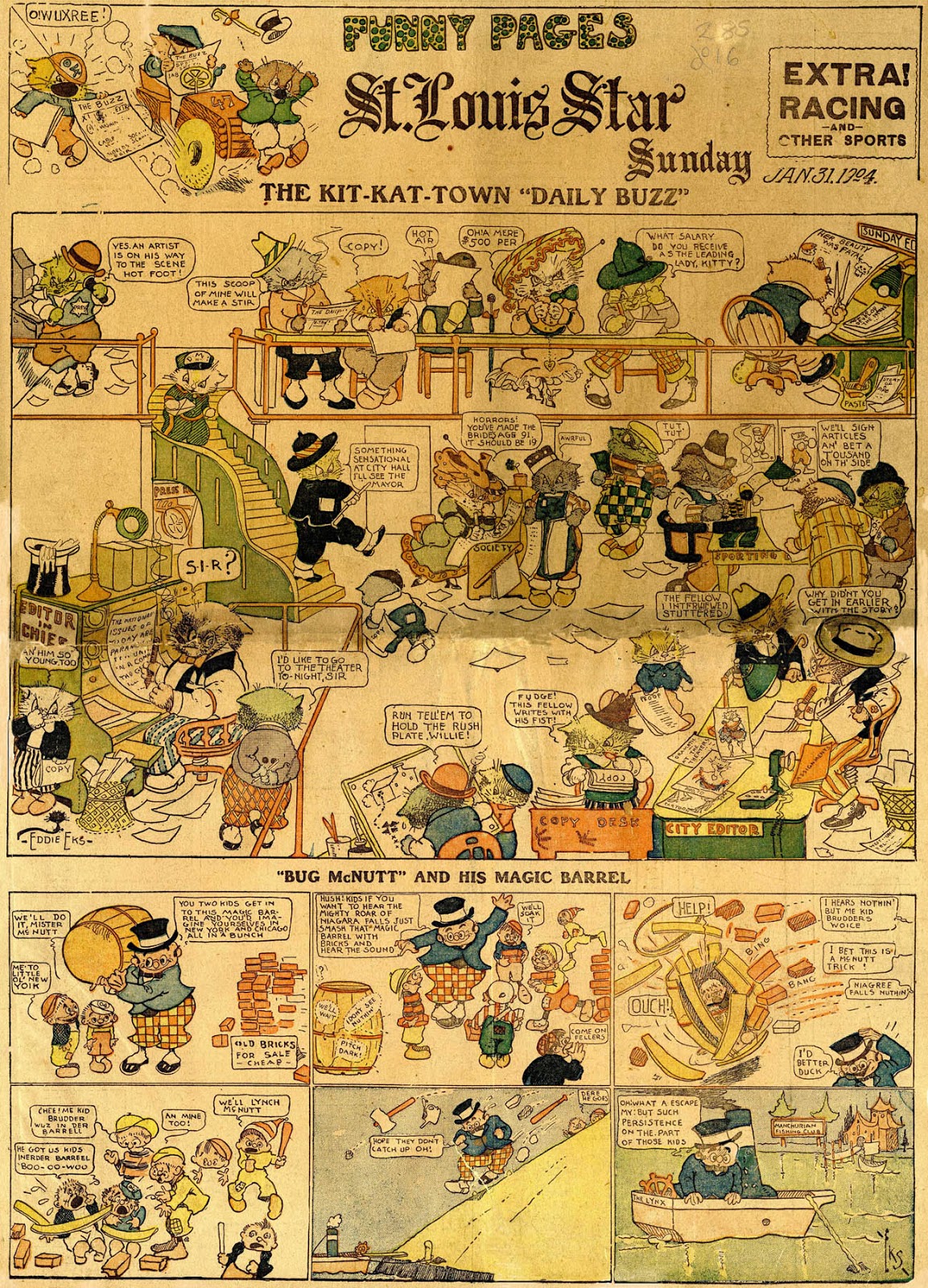 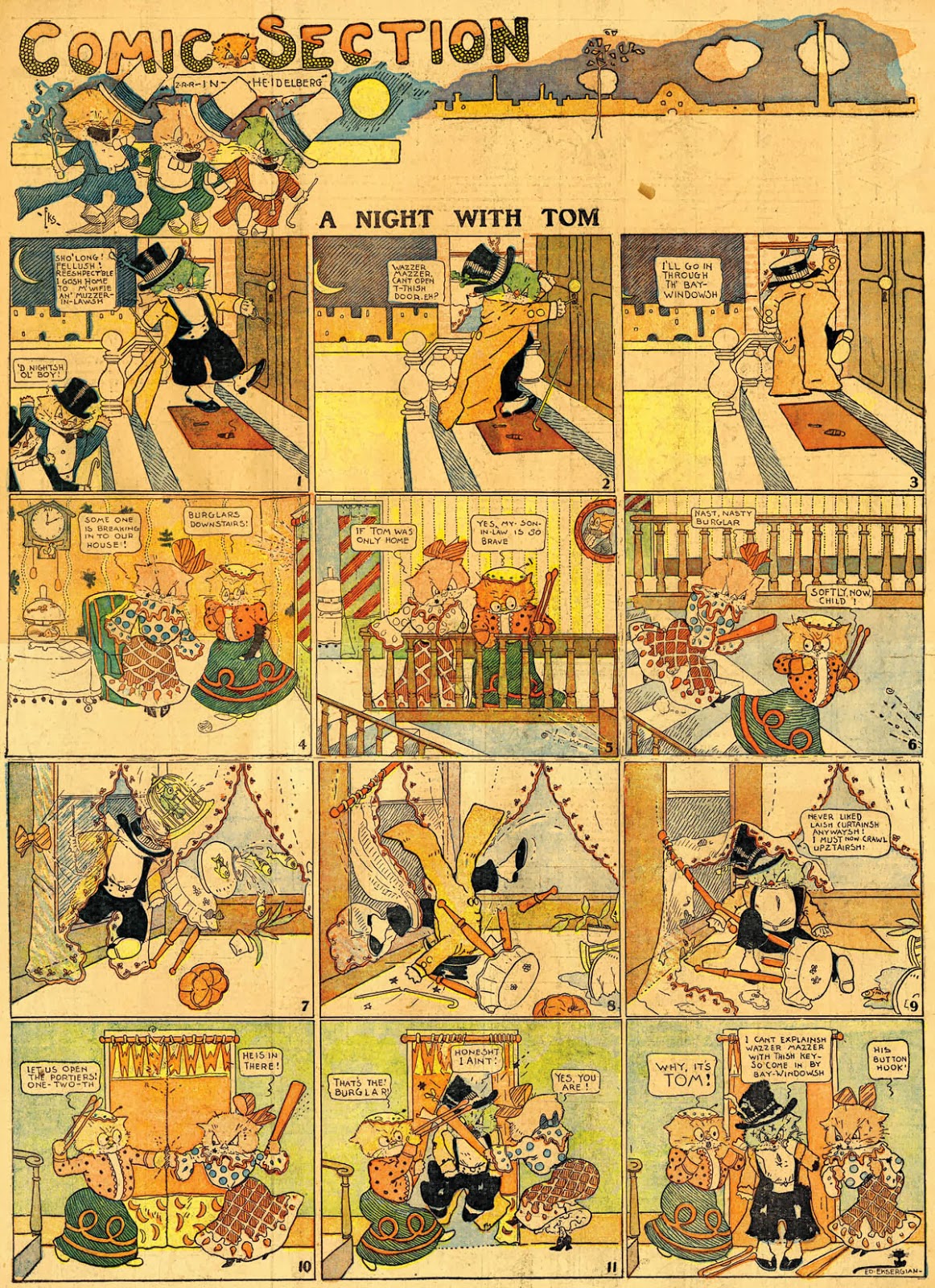 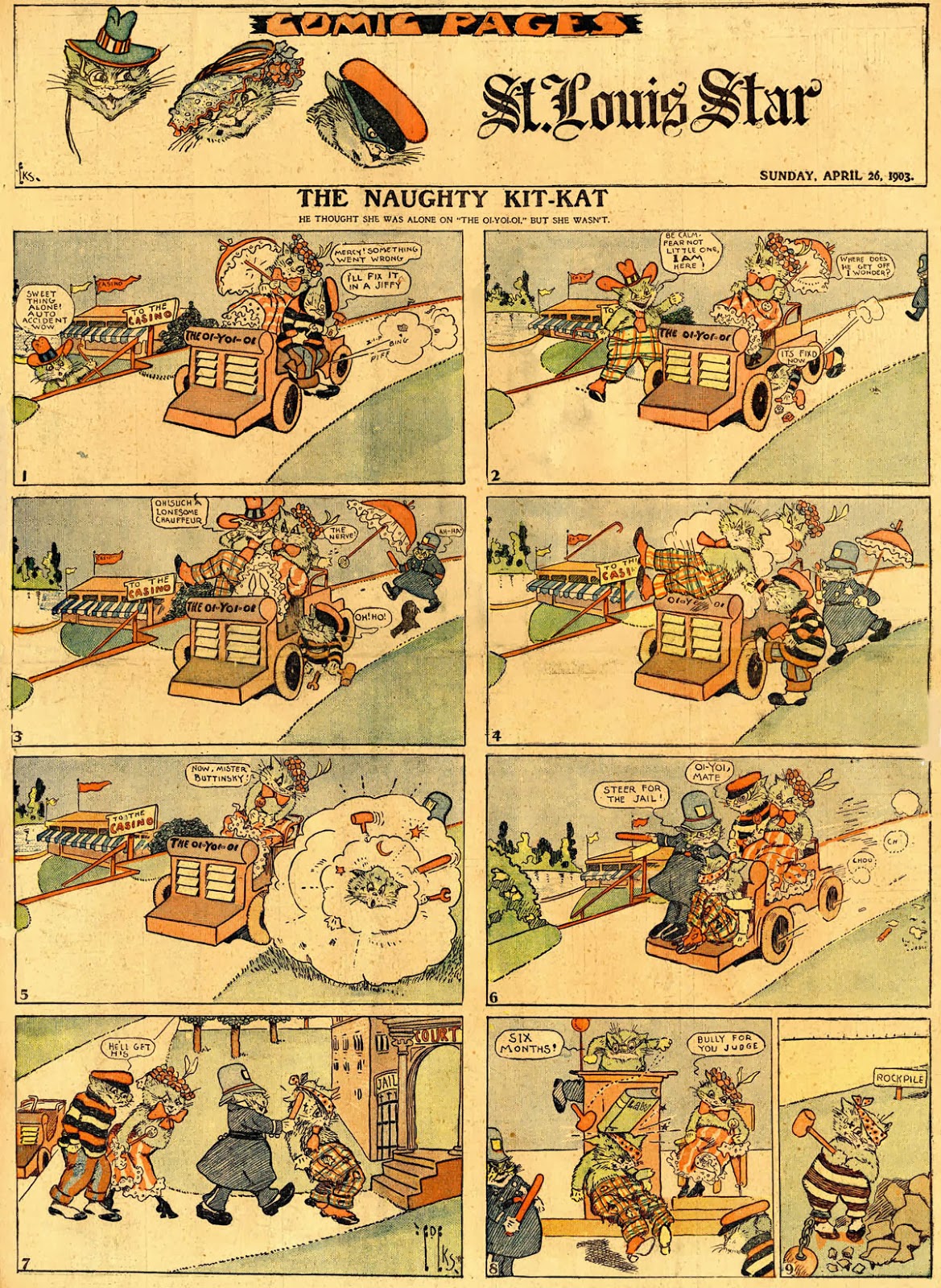 The craziest cartoonist of the 1900s, Eddie Eksergian, liked to do animal comics. Which makes sense because at this time he couldn't really draw a convincing human -- they looked like some sort of animals anyway, so why not just do animal strips and be done with it? Well, in Kit Kat Town he listened to the inner voice (at least one of the many) that said he should do a cat strip, and produced a delightfully wacky feature about a town populated by very human-acting kitties.

Solid data is sorely lacking, but we can say at least that Kit Kat Town first appeared on March 29 1903 in the St. Louis Star. What is less clear is whether the Sunday comics section was or wasn't produced by the World Color Printing shop, and it is unknown if Eks himself worked for WCP or directly for the Star.

In any case, the Star dumped the section contents after April 3 1904, Kit Kat Town included. The strip disappeared for awhile, but then began appearing in the St. Louis Globe-Democrat, starting on December 25 1904. Eks was, I'm reasonably sure, now working directly for the Globe-Demo, no longer associated with a syndicate, and would stay there for many years; at least through most of the 1910s.

Comments:
As a former St. Louis newspaper reporter for the Star/Globe's rival, the Post-Dispatch, this is an accurate and affectionate look at newsrooms. Thanks for posting.