Obscurity of the Day: Too Funny for Words 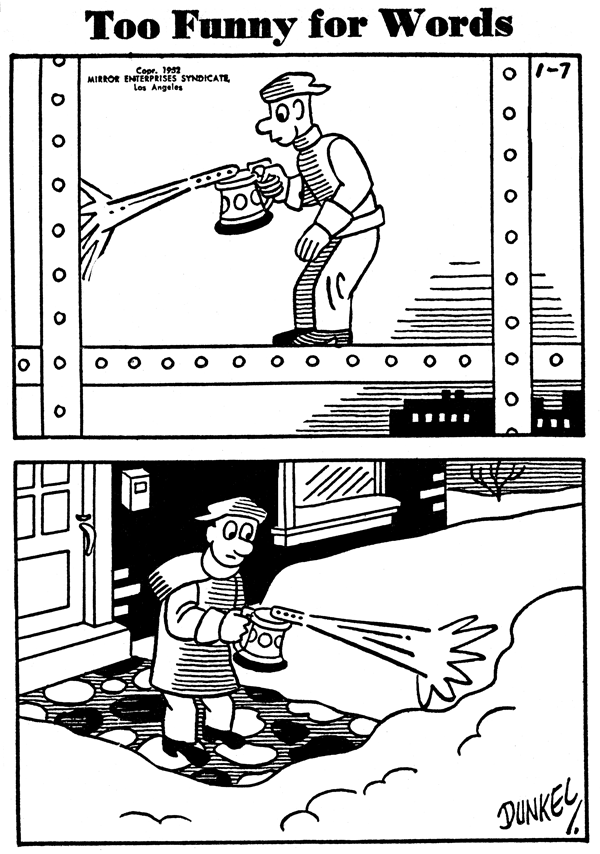 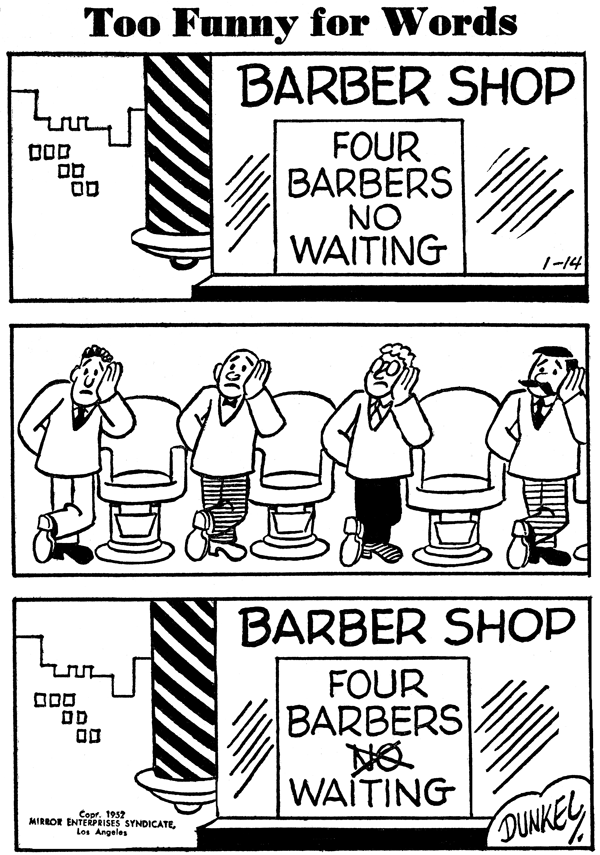 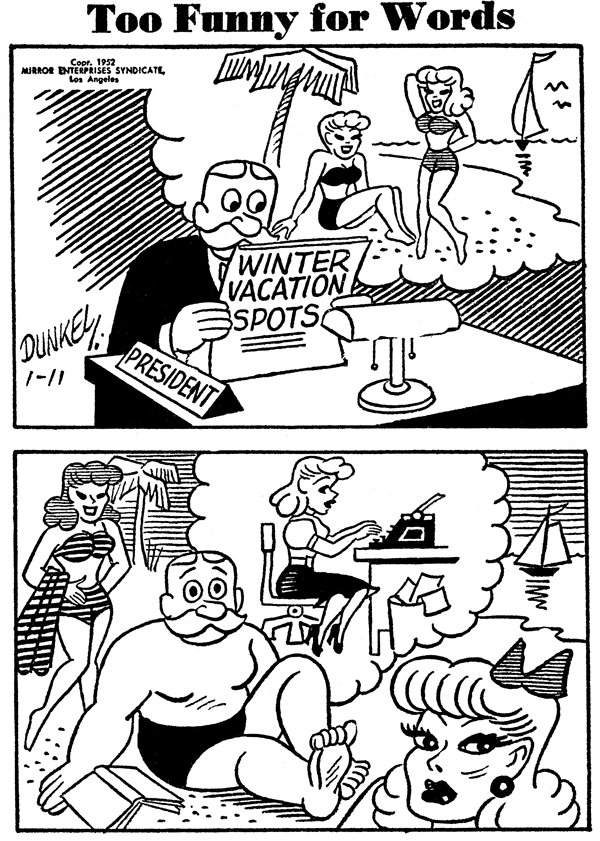 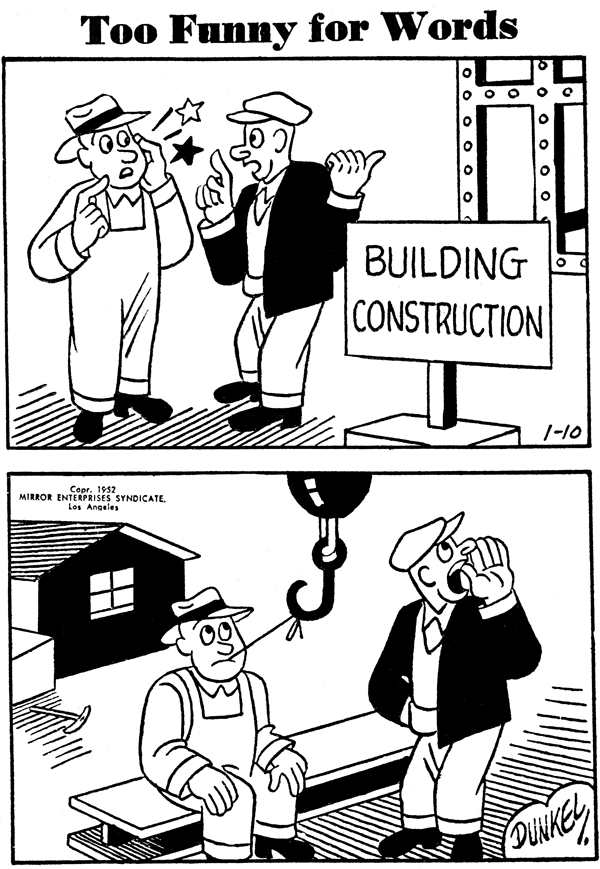 I'm absolutely flabbergasted to find that in all these years I've never done a post featuring the work of the amazing and prolific Courtney Dunkel.

Actually, to call Dunkel's output merely 'prolific' seems to soft-peddle the term. This guy must have drawn cartoons 24 hours a day, awake and asleep, to achieve the output he had. What's just as amazing is how many venues you'll find running Dunkel's cartoons -- from the highest-end slick magazines to minor trade periodicals, from comic books to soft-porn mags, from the newspaper editorial page to the classified ads, from literary magazines to the crudest jokebooks. I get the feeling that Dunkel was a guy to whom it was a source of pride that no matter how bad the gag, he could always find some editor somewhere who'd pay him a buck for it.

And on top of that, the guy generally did produce excellent cartoons. He was no hack by any means. Though his art style is the soul of economy, it has lots of life and a distinct personality. You don't look at a Dunkel cartoon and easily confuse it with the work of another cartoonist. The masterly use of black areas to make the cartoon pop off the page are the first clue, and then you see those trademark big round eyes and you know you're looking at a Dunkel cartoon.

Courtney Dunkel was active (and boy do I mean active) from the 1920s until the 1970s, mostly doing gag cartoons, but sometimes putting his efforts into a newspaper series. This one is Too Funny for Words, a pantomime feature that ran from June 12 1950 until sometime in 1952 (at least until July). It was syndicated by the Los Angeles-based Mirror Enterprises Syndicate. Leave it to Dunkel to choose one of the hardest genres to work in, the wordless cartoon, for a daily strip.

Comments:
Clever. Very clean lines, but as you said so expressive, too.