Obscurity of the Day: Maxine 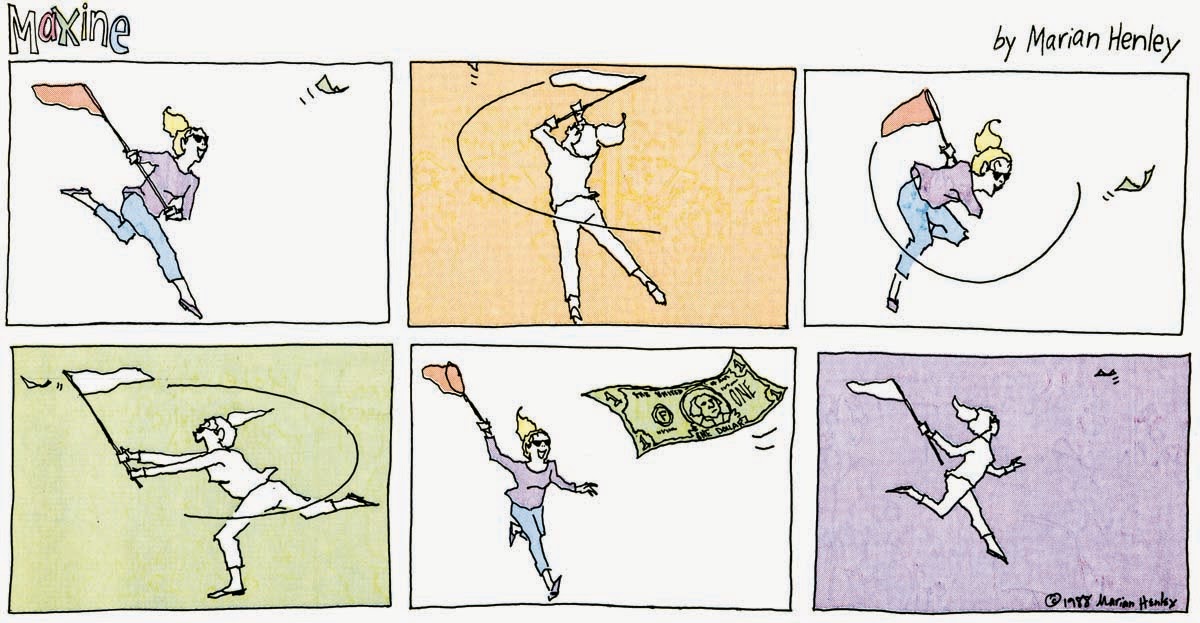 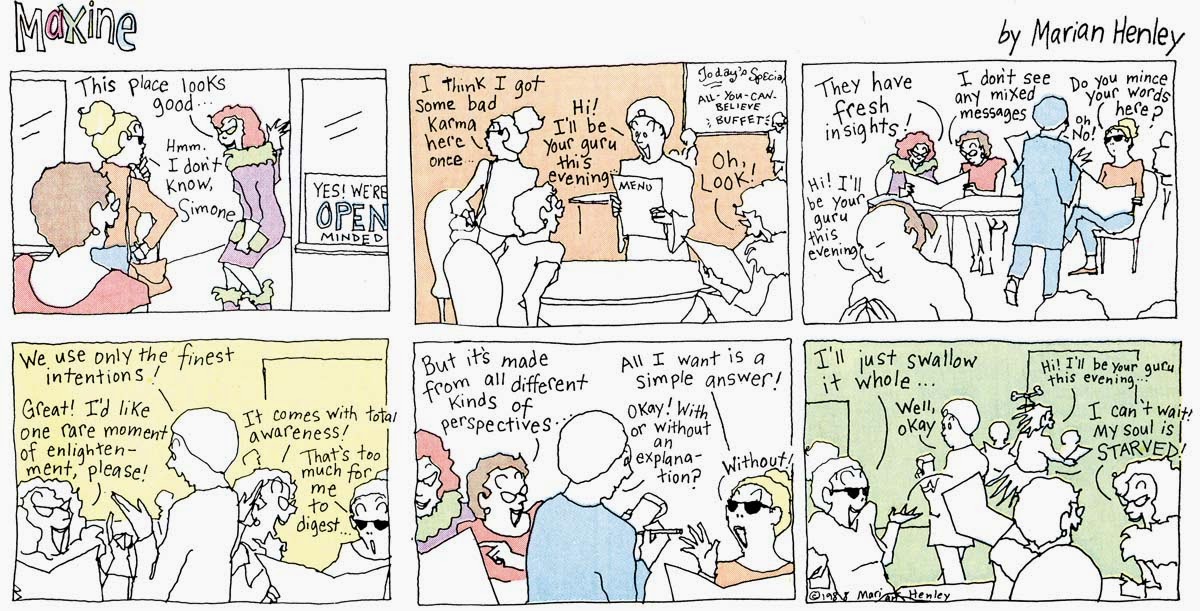 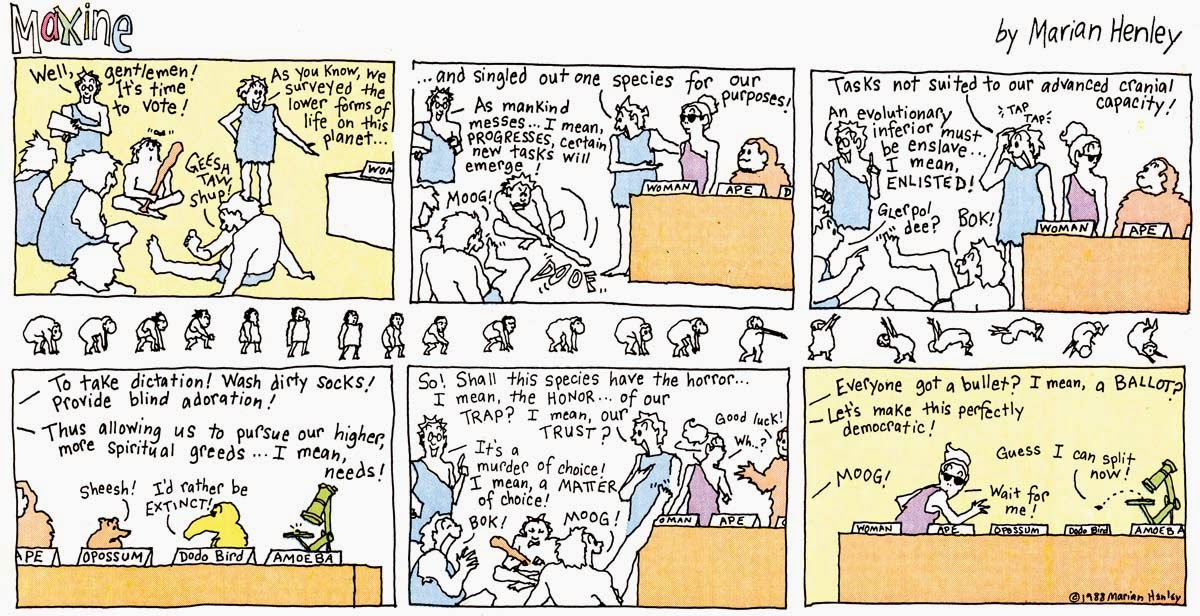 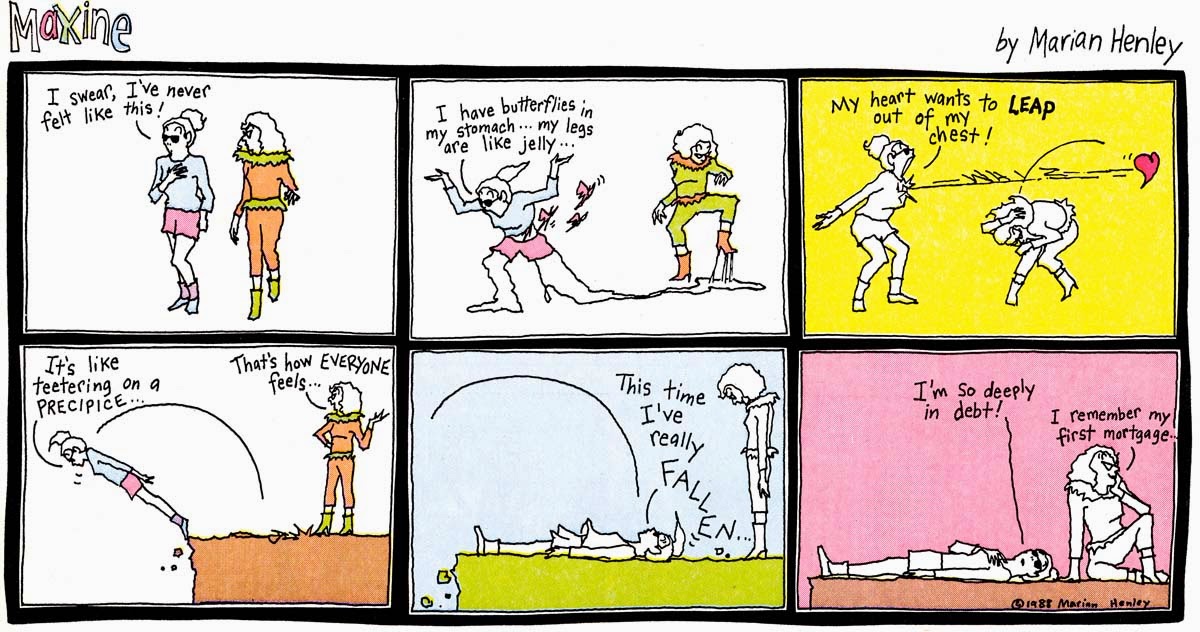 I've long been a fan of Marian Henley's cartooning, but I always considered her witty, smart and well-drawn strip Maxine to be purely an alt-weekly phenomenon -- therefore off limits as far as Stripper's Guide consideration is concerned. However, recently I stumbled across her strip appearing in a mid-1980s mainstream paper Sunday comics section (the Asbury Park Press), which means I get to heap some praise on it, and add it to my listings for the next edition of the book.

Maxine debuted in October 1981 in the Dallas Observer (one of those aforementioned alt-weeklies) and soon became a staple of the alternative press. The strip has a very decided feminist slant, but never that shrill, man-hating sort of stuff that turns off 50%+ of the population. Henley's protagonists are more in the girls-just-wanna-have-fun mold, and because they are they can get away with some pretty serious material  without seeming strident or mean. Of course, Maxine is no single-minded feminist tract, but it is written enthusiastically and unapologetically from a modern woman's viewpoint, and the content is mostly meant to relate and appeal to women. But because Henley is such a terrific writer, it is just as appealing whether or not you enjoy the use of an x-chromosome. In fact, we guys can feel privileged to get such an unfiltered behind-the-scenes look into the feminine mind as artfully decoded by Henley -- a lot of good inside information here.

Maxine apparently ended with the release of December 1 2002. However, the strip continued (or perhaps continues) to be distributed in reprints. Since the original run, the strip has been running under the title Laughing Gas.

There are two book collections of Maxine cartoons available, and I heartily recommend them both. Check out the creator's website, where you can read some free strips and then follow the links to Amazon to buy copies.

Comments:
Thank you, Allan, for the mention. I do appreciate it.
from Marian