Obscurity of the Day: Decks Awash 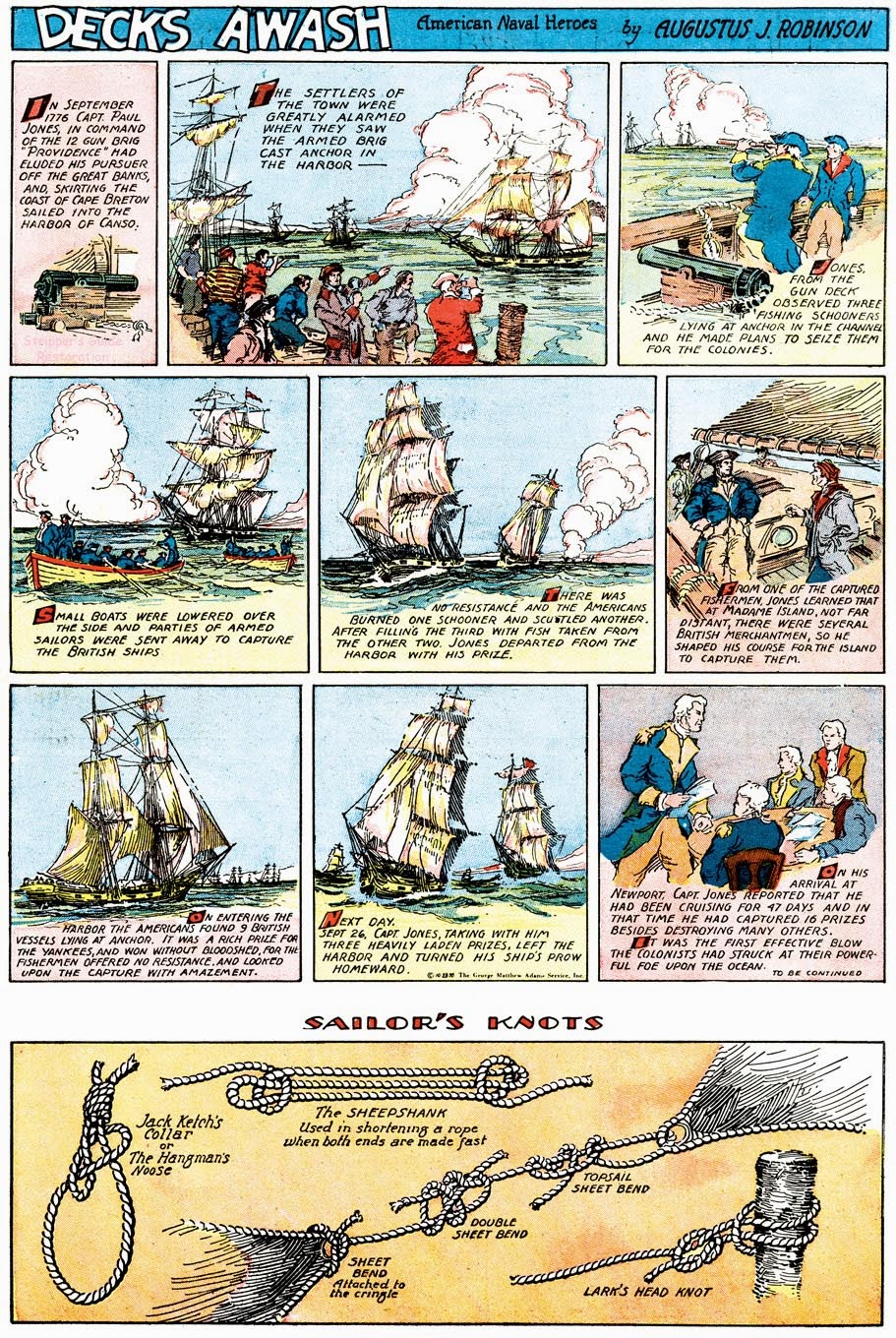 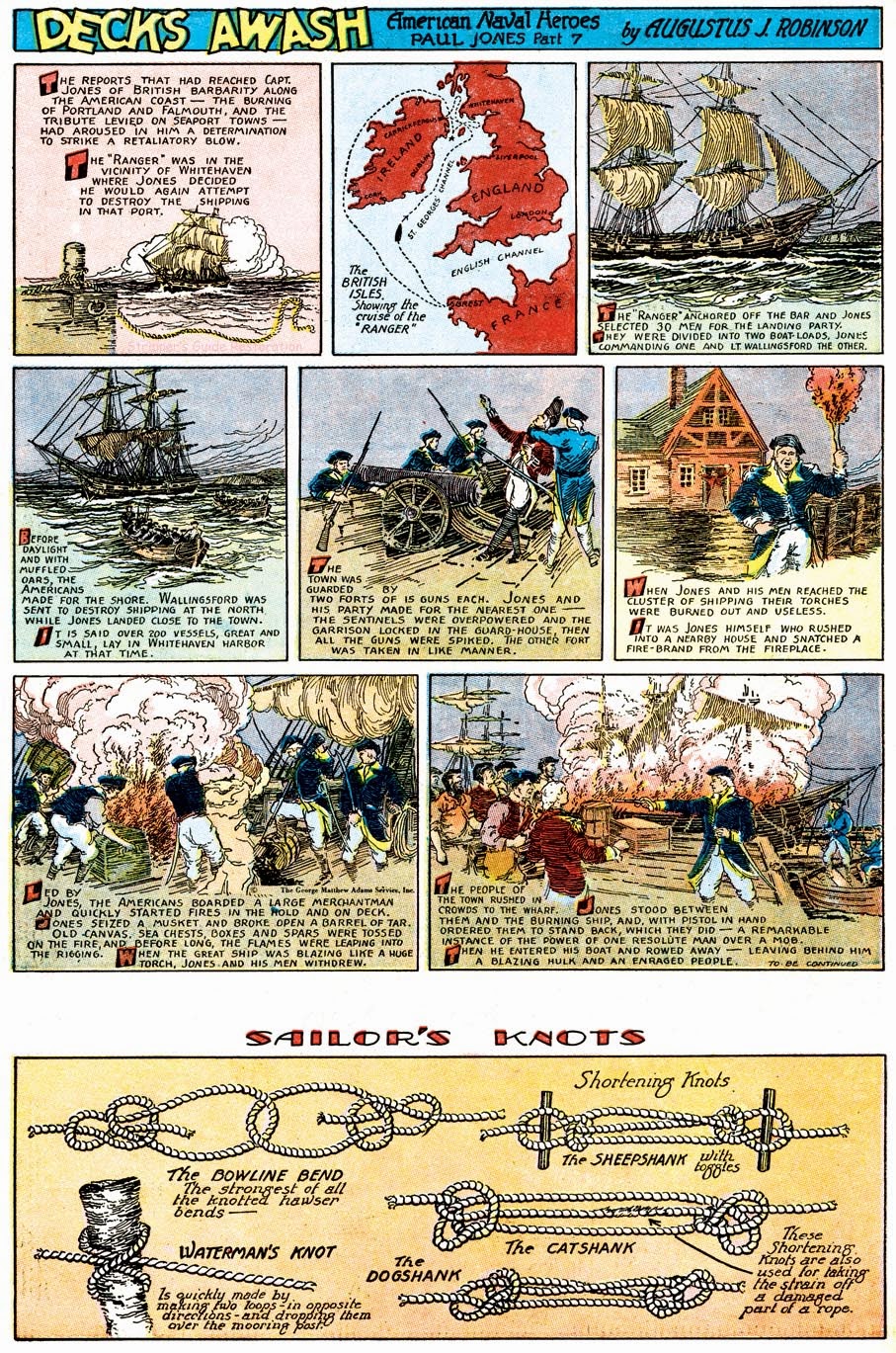 When the George Matthew Adams Service decided to get into the business of producing Sunday comics, they made a pretty ridiculous marketing blunder. Instead of competing head-to-head with other syndicate offerings for space in the regular Sunday funny pages, they chose to create their own complete 8-page tabloid Sunday comics section.

The reasoning for going that route is simple. There are lots of newspapers all around the country that don't have the resources to print their own comics, or to pay one of the big national printers to do it for them. GMA reasoned that if they could get their sections printed on the cheap -- not a problem if you were printing up a huge number for a whole bunch of client papers -- that they could offer these smaller papers an attractively inexpensive Sunday comics section.

The only problem with the idea -- which sounds pretty good on the surface -- is that it had been tried plenty of times by others. The last time the idea had worked well was back in the '00s! Since then the economics of the newspaper industry had changed such that a preprint Sunday comics section scheme just didn't make sense. The papers who were so small as to not be able to pay for a full-fledged comic section, were run on such a threadbare shoestring that they couldn't afford even the low-cost preprint section.

Just as others before and after them, George Matthew Adams got plenty of initial interest from small papers, but when it came time to actually cough up some dough, empty pocket syndrome set in.

Anyway, that's a lot of explanation to lead us to today's obscurity, which was one of the features of that ill-fated preprint section. The George Matthew Adams Sunday section lasted less than a year, and appeared in a small number of country papers. Decks Awash was actually a replacement in the section, taking over the spot previously occupied by an airborne adventure strip titled Cap'n Cloud.

The fault, as I said, was mostly to do with the economics of the section, not so much the content, some of which was pretty appealing. That includes Decks Awash, which despite the terrible handicap of being an educational history strip, was far from the worst I've encountered from that genre. Sure, the strip was a bit wordy, but the stories were fast-paced.  They also depicted scenes of battle, a sure way to get junior to at least peruse the strip, even if he assiduously refrained from reading any of the captions. The kids might even find time on a lazy Sunday afternoon for trying out some of the fancy Sailor's Knots depicted in the strip's topper panel.

The author/artist was a fellow by the name of Augustus J. Robinson, who has no other comic strip credits that I know of. He did achieve some small measure of fame for his historical nautical paintings later on.

Decks Awash appeared in the section from November 16 1935 until the presumed end of the section's life (meaning I have yet to find any later samples) on April 4 1936. The topper changed to Sailor's Ways starting March 7, as I presume the author ran out of knots to depict.