Obscurity of the Day: Then He Turned Around 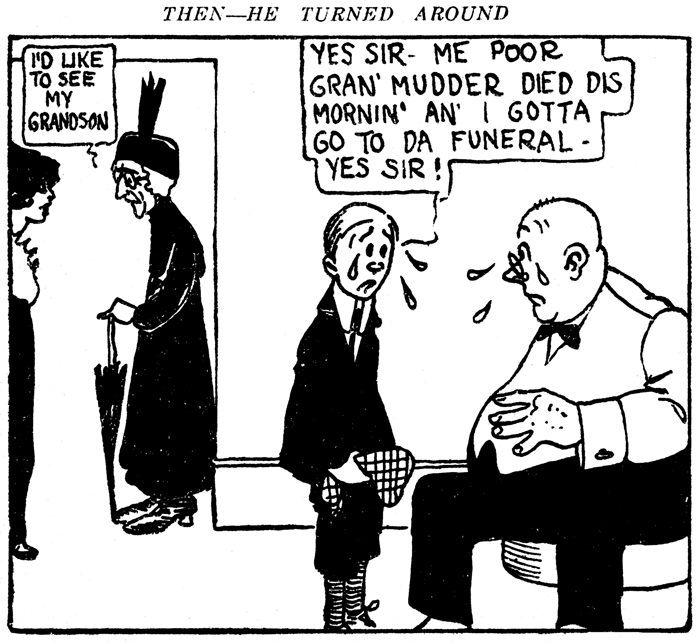 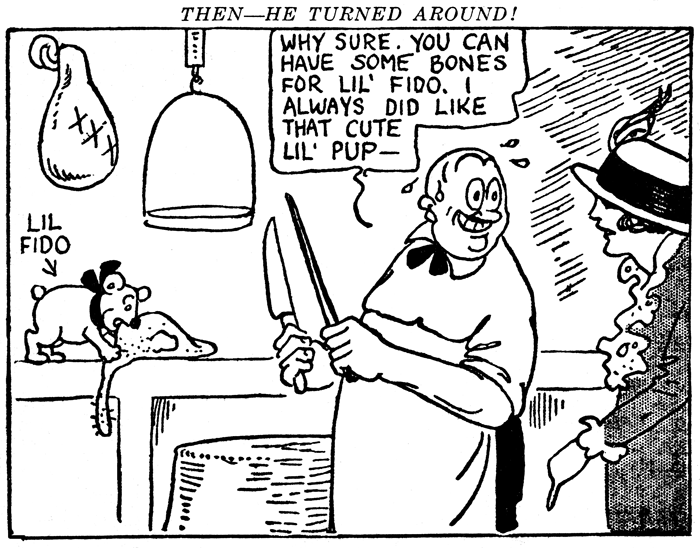 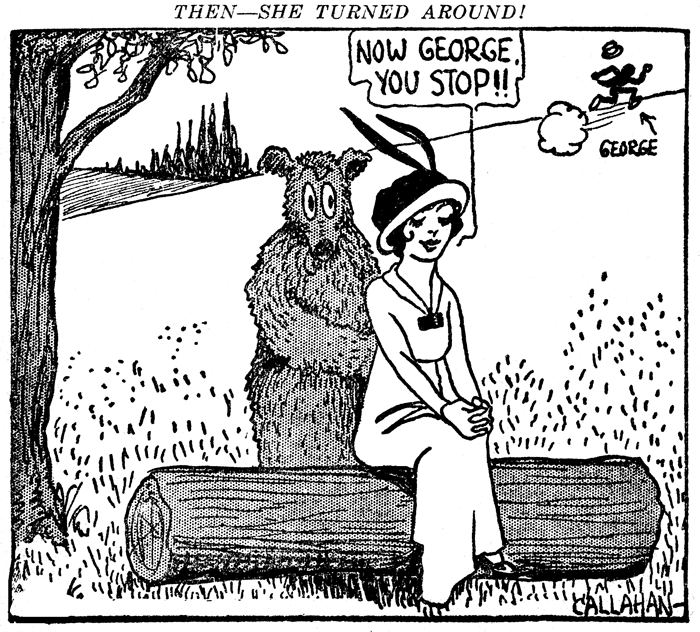 Regular readers know that I'm a sucker for this sort of feature, where the punchline depends on your imagination to conjure up what comes next. Then He (or She) Turned Around was one of Jack Callahan's stable of features when he was working in the New York Evening World bullpen 1913-17. This was one of his earlier efforts, and was done in tandem with another very similar feature, But He Changed His Mind. This one first appeared on January 24 1914, and last ran on July 28 of that year.

Callahan's art style may appear rather simple and even pedestrian to us a hundred years later, but his very clean lines and uncluttered panels were a bit of a novelty in their day, and helped him to stand out from the other cartoonists. I also noticed that he used a Benday screen in two of these panels, rather than the crosshatching preferred by most cartoonists prior to the 1920s. I know Benday screens are quite a bit older than this (invented in 1879 according to a short Wikipedia entry on the subject) but I think he qualifies as an early adopter of these screens when it comes to daily comics. Anyone care to set me right on that account, which I'm basically tossing out there to see if it sticks?