Obscurity of the Day: Hem and Haw 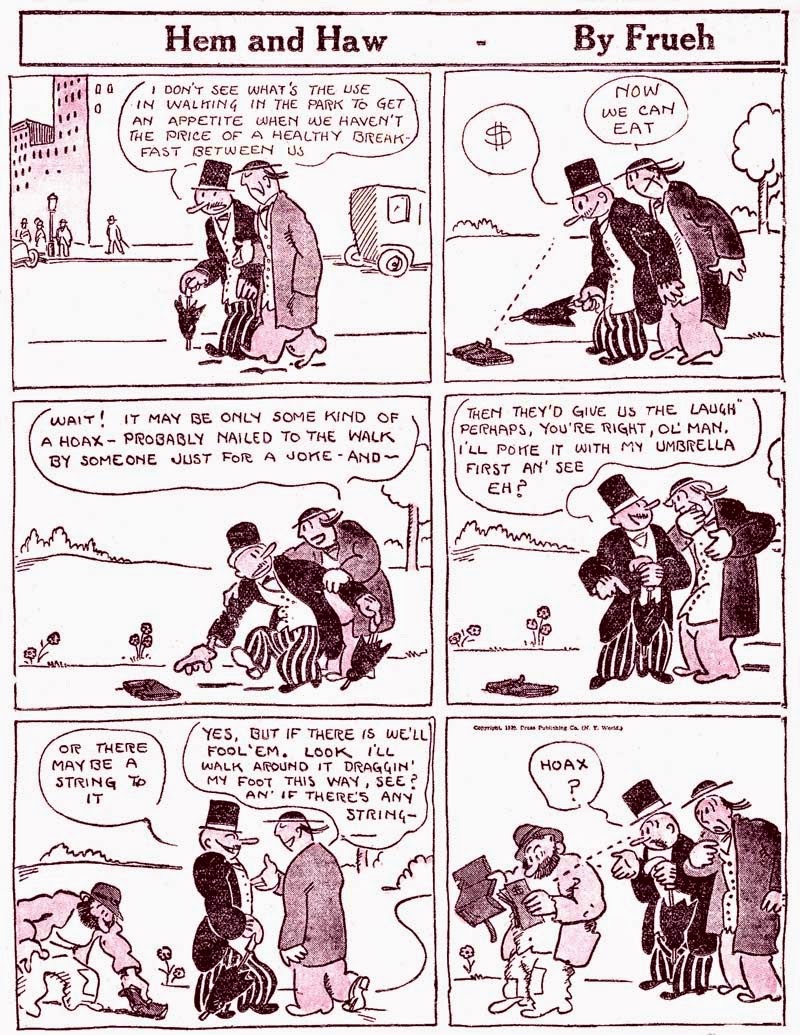 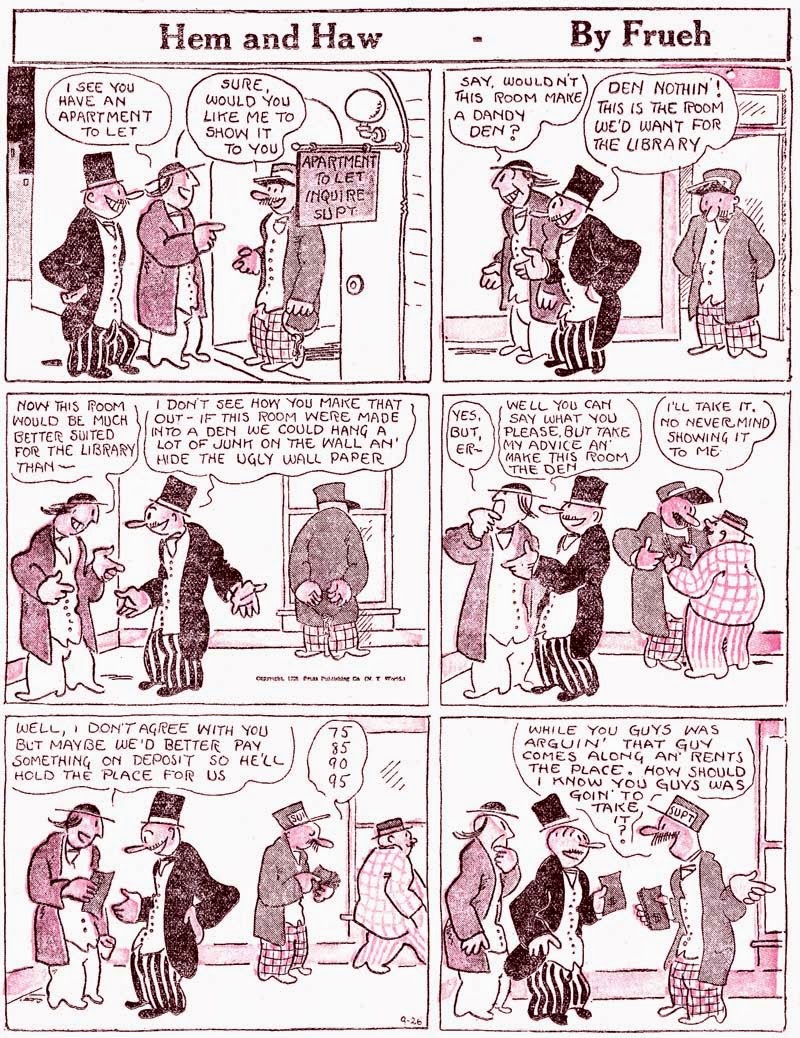 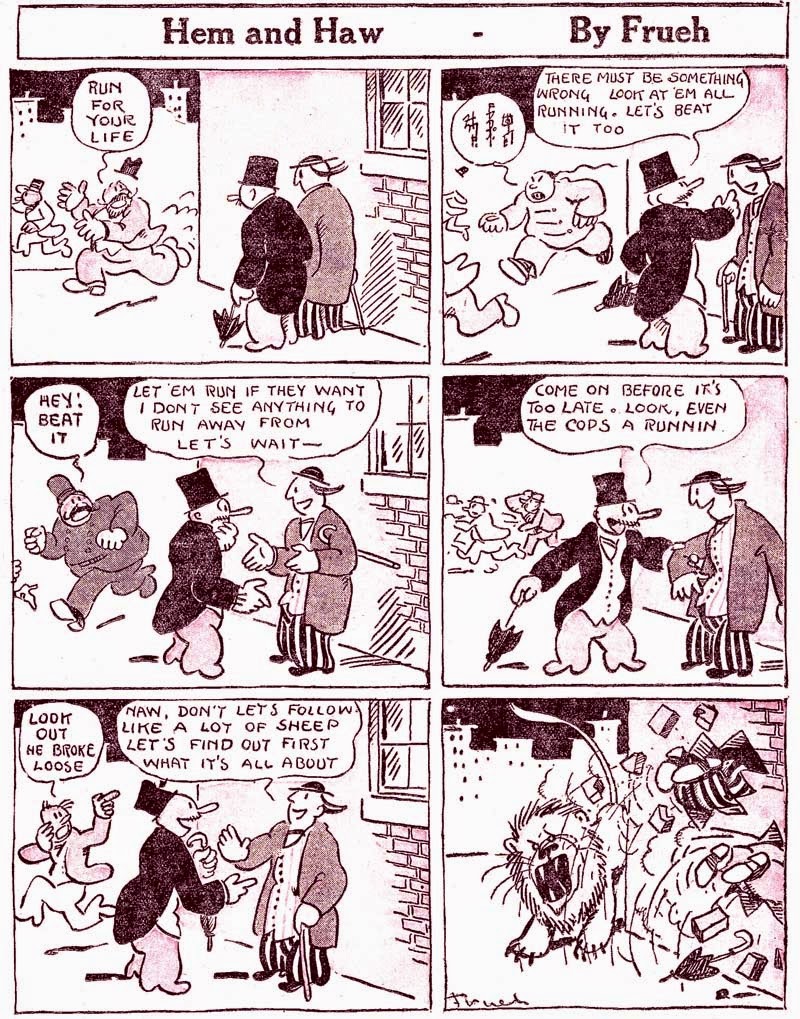 Alfred Frueh is quite well-known in the New York art scene as one of the premier caricaturists of the 20th century. Luckily for us stripper-types, he was not above penning some newspaper comics in the early portion of his art career. Though Frueh's newspaper work, like his later art, concentrates mainly on caricature, he also did several comic strip series, all of them for the New York World organization.

Hem and Haw, penned near the end of his association with the World, ran from June 13 1920 to February 6 1921. Though limited to a paltry quarter page and one washed out color on an inside page of the funnies section, Frueh's sinuously sexy, expressive line is nonetheless evident. His work seems ridiculously simple, at least until you try to duplicate it.

In 1925 the New Yorker snapped up Frueh as a regular in its pages, and that was about it for Frueh's dalliance with the newspapers.

Comments:
Thanks, Allan and Cole! Frueh is one of my favorites! He did some Sunday pages in the early 1900s in St. Louis, didn't he? I think one of the Sunday Press collections includes one. Also saw a color cartoon by Frueh in one of those CARICATURE collections by Leslie-Judge from 1911.

Via this link you can hear a recent appearance of Bob Mankoff, cartoon editor of the New Yorker, on the Whad'Ya Know? radio show. Thought since this is about a New Yorker cartoonist this was an appropriate place to share this.