Obscurity of the Day: The Pet Set 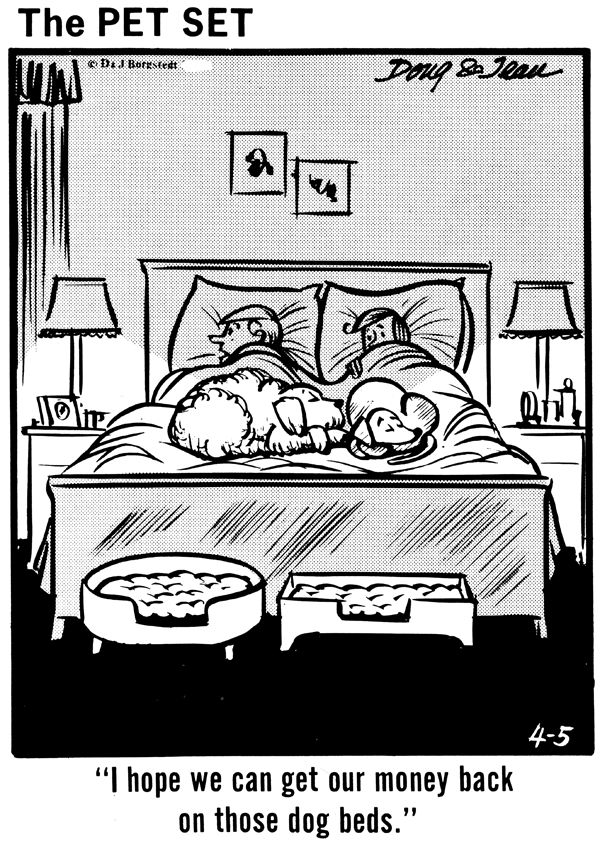 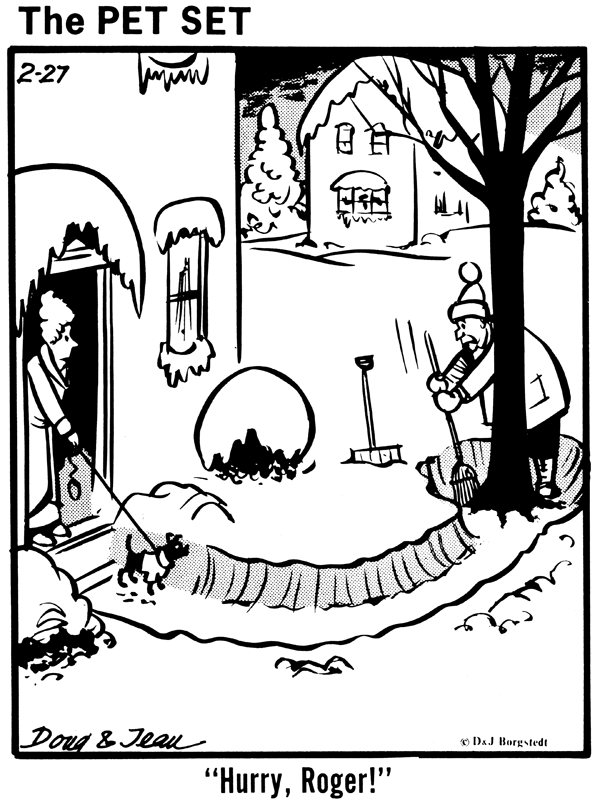 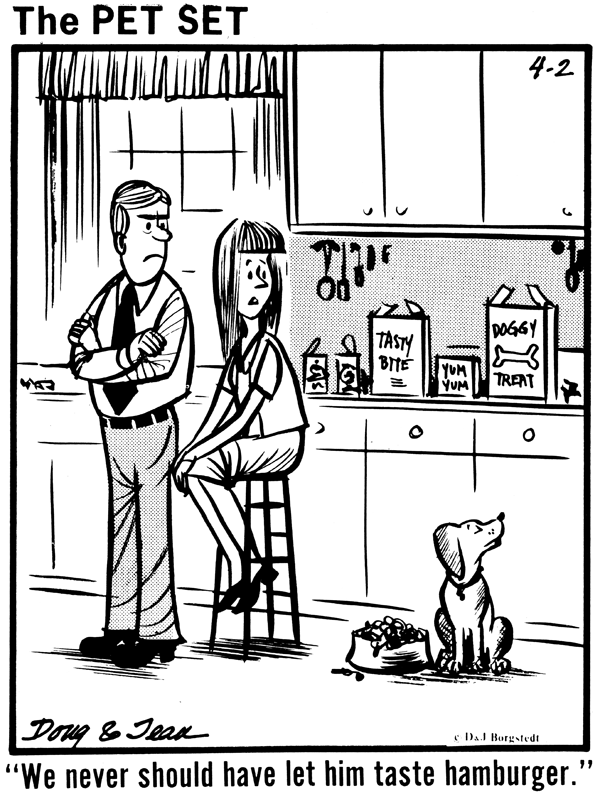 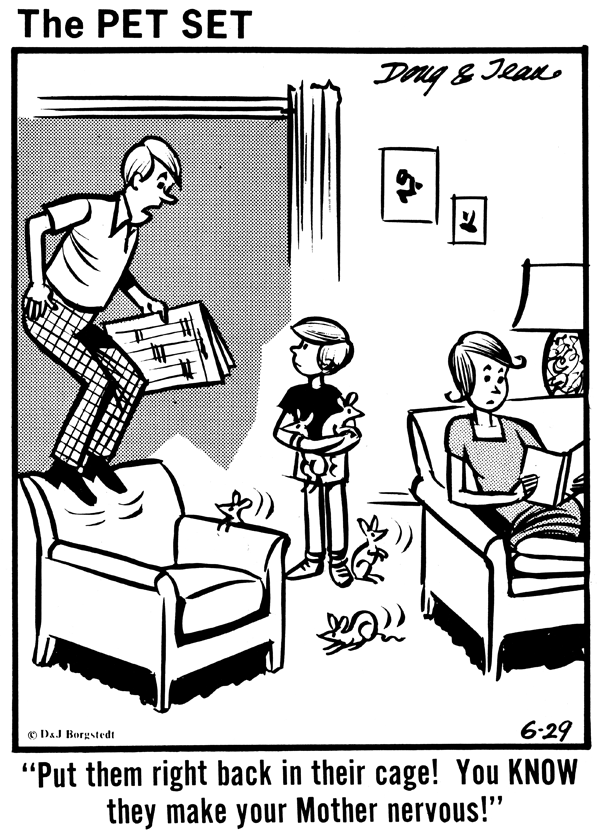 Doug Borgstedt was pushing retirement age when he and his wife Jean came up with the idea for a newspaper cartoon series targeted towards pet owners. This was, though, by no means Doug's first foray into cartooning -- far from it.

Doug Borgstedt had a varied cartooning career. I'm told that before World War II he produced editorial cartoons for the Philadelphia Evening Ledger, then the Philadelphia Bulletin (though he omits these credits in a 1964 E&P article). In the 1960s he was syndicated nationwide by King Features and later by Copley Press as an editorial cartoonist. Meanwhile Borgstedt drew up lots of gag cartoons, and his work appeared frequently in high profile magazines like Saturday Evening Post, The New Yorker and Collier's. During World War II, Borgstedt was in the army and worked on Yank magazine.

With his editorial cartooning career winding down, Doug evidently was looking for other opportunities when he and wife Jean decided to collaborate on this self-syndicate panel series, The Pet Set. Pets certainly gave them lots of gag opportunities, and the panel is pretty consistently funny. The art, presumably by Doug, gets the job done but nothing more (but Borgstedt was never much for style -- he was more concerned with the ideas).

The daily series is hard to track. It is a rare paper that ran the feature consistently, but Mark Johnson reports the earliest he's discovered is January 17 1973 in the Philadelphia Bulletin. A reprint book of the cartoons (Pet Set Cartoons -- 1977 by TFH Publications) cites copyright dates starting in 1972, so there may be earlier appearances lurking out there.

The feature was advertised in E&P until 1983, though I have my doubts that the Borgstedts actually produced a decade's worth of material. My bet is that they were selling material that was already in the can for a good part of that time.

Comments:
Doug also did cartoons for Editor and Publisher in the 1970s.

Why do you think they were selling material that was already in the can much of the time, for The Pet Set?
I'm not saying you're wrong. Just wondering why you think that.

Hi Joe --
With a very small and seemingly ever-changing client list, I just can't see Borgstedt working to produce 6 panels per week for years on end for this project. The feature has the distinct smell to me of one where a limited amount of canned material was made available to papers. Of course, if Borgstedt had landed a few major clients who actually printed Pet Set daily, I don't doubt that he would have produced more material.