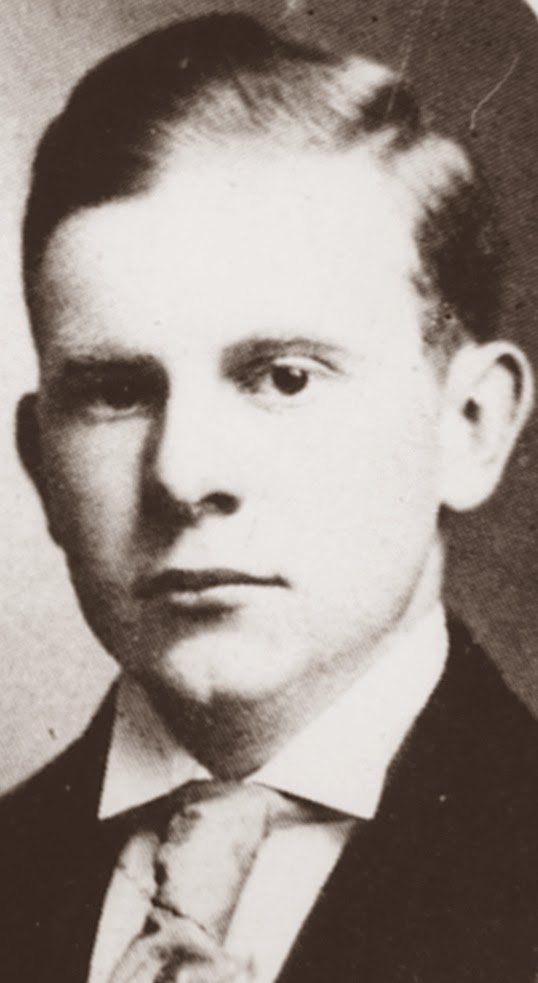 Walter Reese Allman was born in Toledo, Ohio. His obituary said he was 42 years old at the time of his death in 1924, which made his birth year 1882. However, his World War I draft card has the birth date February 27, 1884.

At some point during his childhood, Allman’s mother, Mary, remarried. The 1900 U.S. Federal Census listed him as “Allman Krumling” and his birth as “Feb 1884.” He resided in Toledo at 2439 Vermont. His step-father, Frederick, was a telegrapher. In the 1910 census his name was recorded as “Walter Krumling”. His family remained in Toledo but at a different address, 115 Columbia Street.

The Muskegon Chronicle (Michigan), September 8, 1917, published the story of Allman’s start in cartooning.

Boys were setting up quotations in grain and other produce on the board in a Toledo grain broker’s office back in 1902, when a man named Clark strolled in.

Clark had come from Chicago and being editor of the Grain Dealers’ Journal, had business in this office. He noticed a box at the side of the board on which was a sketch of a man’s head an artistic clerk, in his leisure moments, had penciled.

Struck by the originality of the drawing, Clark immediately “drafted” the perpetrator, and that is how Walter R. Allman, originator of the Duffs for the Chronicle, started on his career toward fame in the comic art world.

Allman was 18 years of age at the time and all the drawing he had then had been born with him. He worked one month for Clark in Chicago, after which he shifted about from place to place, working at anything in the art line until in 1905, he went to the Toledo News-Bee as local cartoonist…. 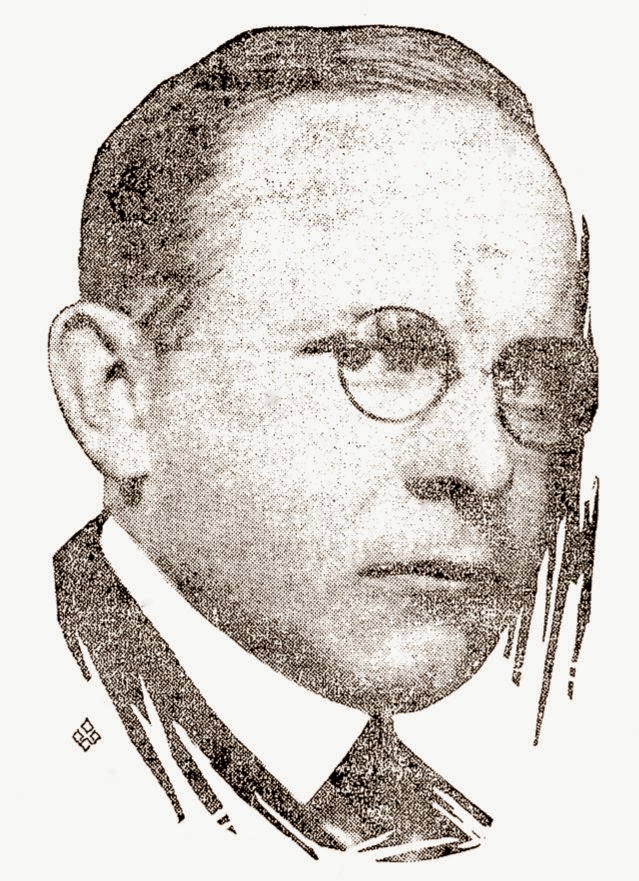 
Mr. Allman was cartoonist and artist on The News-Bee for 10 years. Shortly after leaving high school he took a job with a Toledo grain company. While there he practiced for his future work by drawing on the sides of boxes and crates. Later he went to the Franklin Printing and Engraving Co. and then came to The News-Bee.

His work received special recognition and he was appointed to the NEA Service staff of artists on May 16, 1914. Mr. and Mrs. Allman had resided in Cleveland since that time. They lived at 11843 Lake av.

A number of city directories at Ancestry.com tracked Allman’s whereabouts and occupations. The 1903 Toledo city directory listing said: “Allman, Walter R, clk [clerk] Reynolds Bros, bds [boards] 2439 Vermont av.” The 1905 directory said he had moved to Chicago. In 1906 Allman was in Toledo at 115 Columbia Street, and an artist at the Franklin Printing & Engraving Company. He remained at the same address in the 1911 directory which had his occupation as cartoonist at the Toledo Newspaper Company. The 1916 Cleveland city directory listed Allman as a cartoonist residing at 8012 Carnegie Avenue.

On September 12, 1918, Allman signed his World War I draft card. His address was the same as the Cleveland directory listing and he was a cartoonist for Newspaper Enterprise Association (NEA). 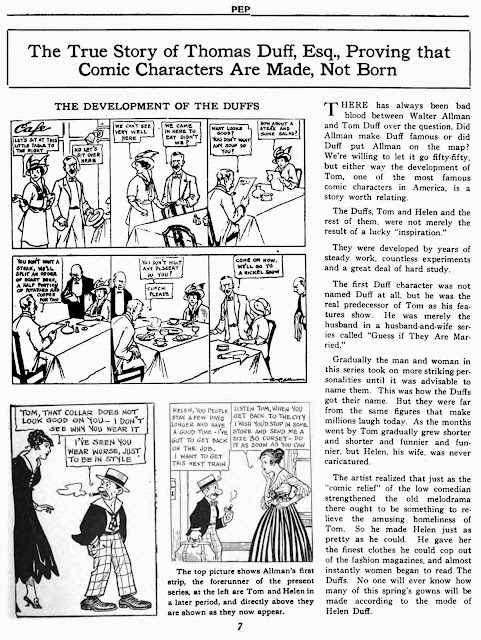 Allman is best known for his strip, Doings of the Duffs, which debuted July 30, 1914. In the Muskegon Chronicle, Allman said: “I wanted a short name to fit the character and size of the man I chose to be the ‘lead.’ I picked ‘Duff’ out of the air and I think it fits Tom to a T. ‘The other characters and their names came to me as I went along.” According to American Newspaper Comics (2012) there were two interruptions, in 1922 and 1923, during Allman’s tenure which ended in 1924. Regarding the interruptions, the News-Bee explained:


For years the Duff family cartoon appearing on the comic page of The News-Bee had endeared itself to thousands of readers in Toledo alone. This cartoon also appeared daily in hundreds of other newspapers thruout the country.
The Duff family as portrayed by Mr. Allman was “regular” family life.

Hundreds of Duff fans have called The News-Bee to inquire why the strip had been discontinued. They were told of Mr. Allman’s illness. 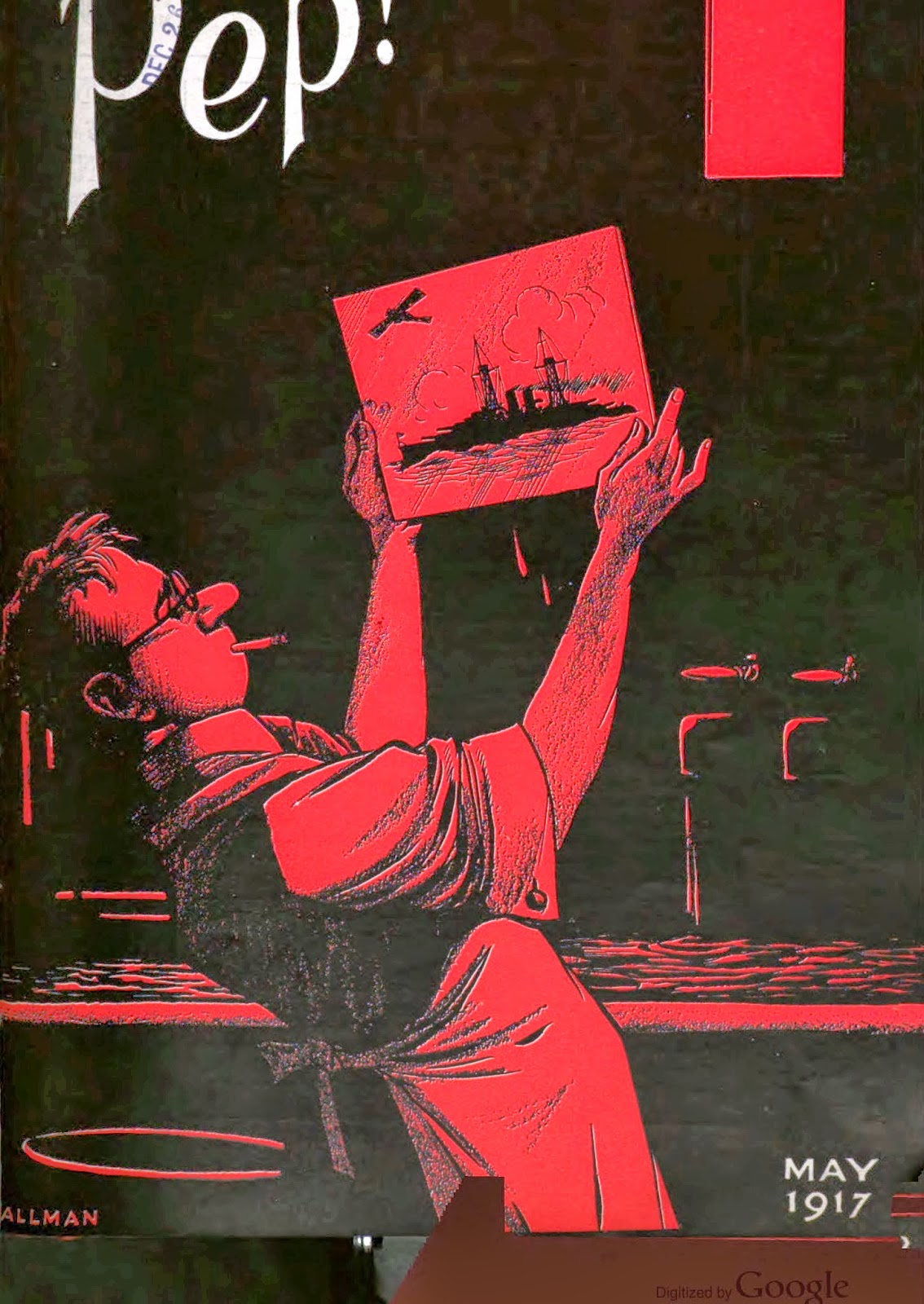 Allman’s other comics were “Dreamsticks”, “The Great American Home”, “Honest, This Is How it Happened”, and “They All Fall for It”. 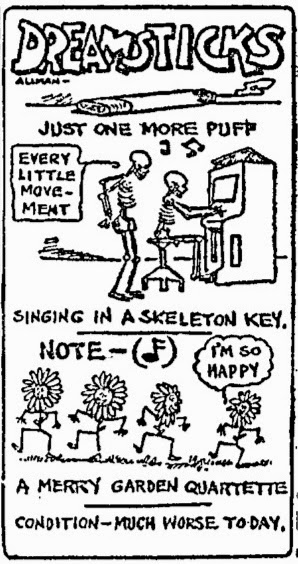 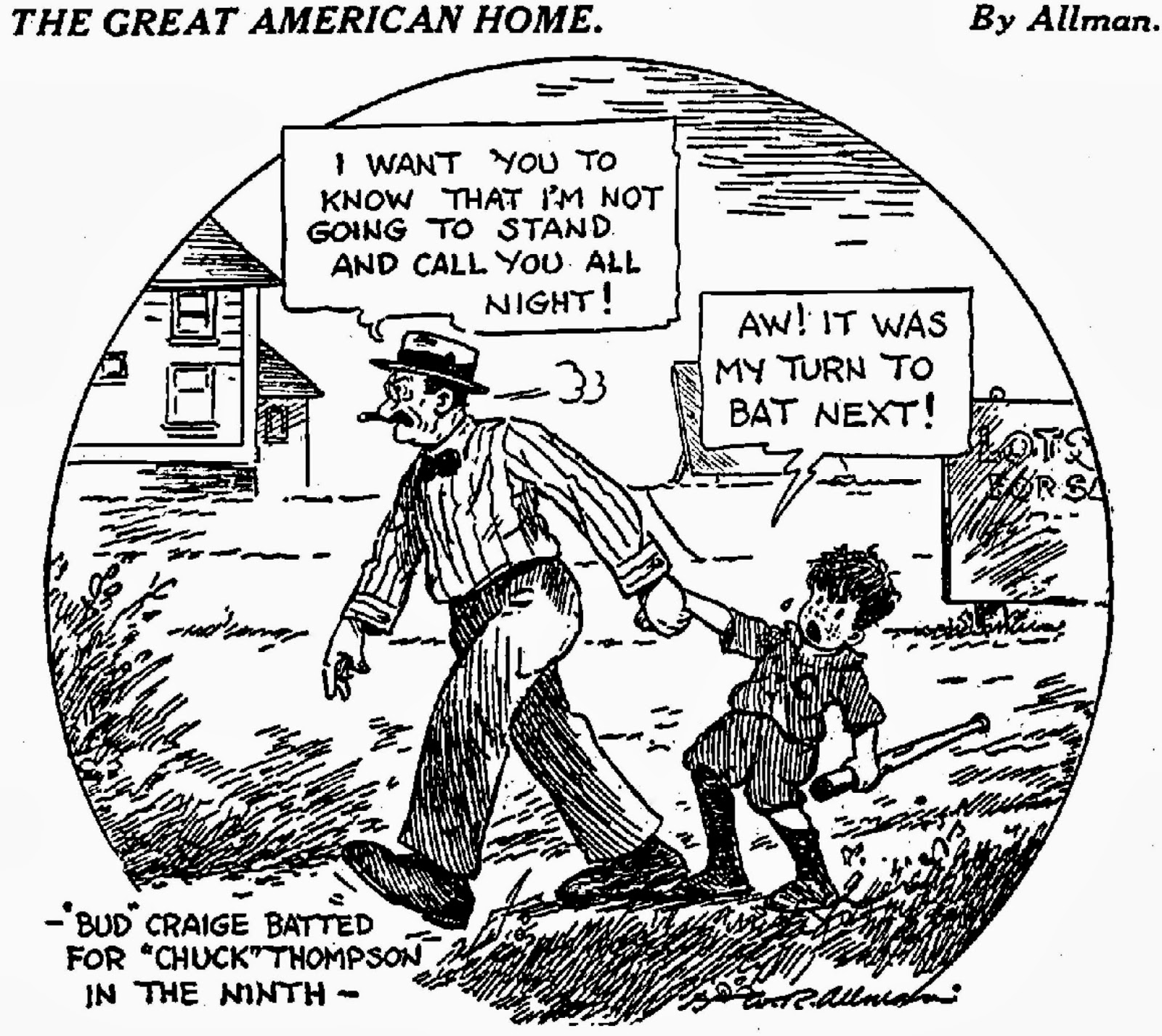 In the 1920 census Allman and his wife, Theresa, lived in Cleveland at 2959 Coleridge Road. The News-Bee said he married Theresa Reardon in Toledo shortly before they moved. Allman was an artist who worked at an office. His neighbor, at 2933, was 25 year-old cartoonist, Roy Grove, who lived with his parents.

Allman passed away July 8, 1924, in Cleveland. The News-Bee reported his death the same day:


Walter R. Allman, 42, noted News-Bee cartoonist, creator of the Duff family, died on Tuesday at 8:15 a.m. in St. John’s Hospital, Cleveland. Death followed a nervous breakdown. Mr. Allman had been ill for more than a year.

The body will be brought to Toledo on Thursday morning for burial. Services will be held in the Couldwell Funeral Parlors. His mother, Mrs. Mary A Crumling [sic] of Toledo, and his widow, Mrs. Theresa Reardon Allman, former Toledo girl, survive….

...Last winter the cartoonist suffered a nervous breakdown. Accompanied by Mrs. Allman, he went to Miami, Fla., to regain his health. In February he returned to Cleveland. Shortly after he was taken to the hospital where he died Tuesday.