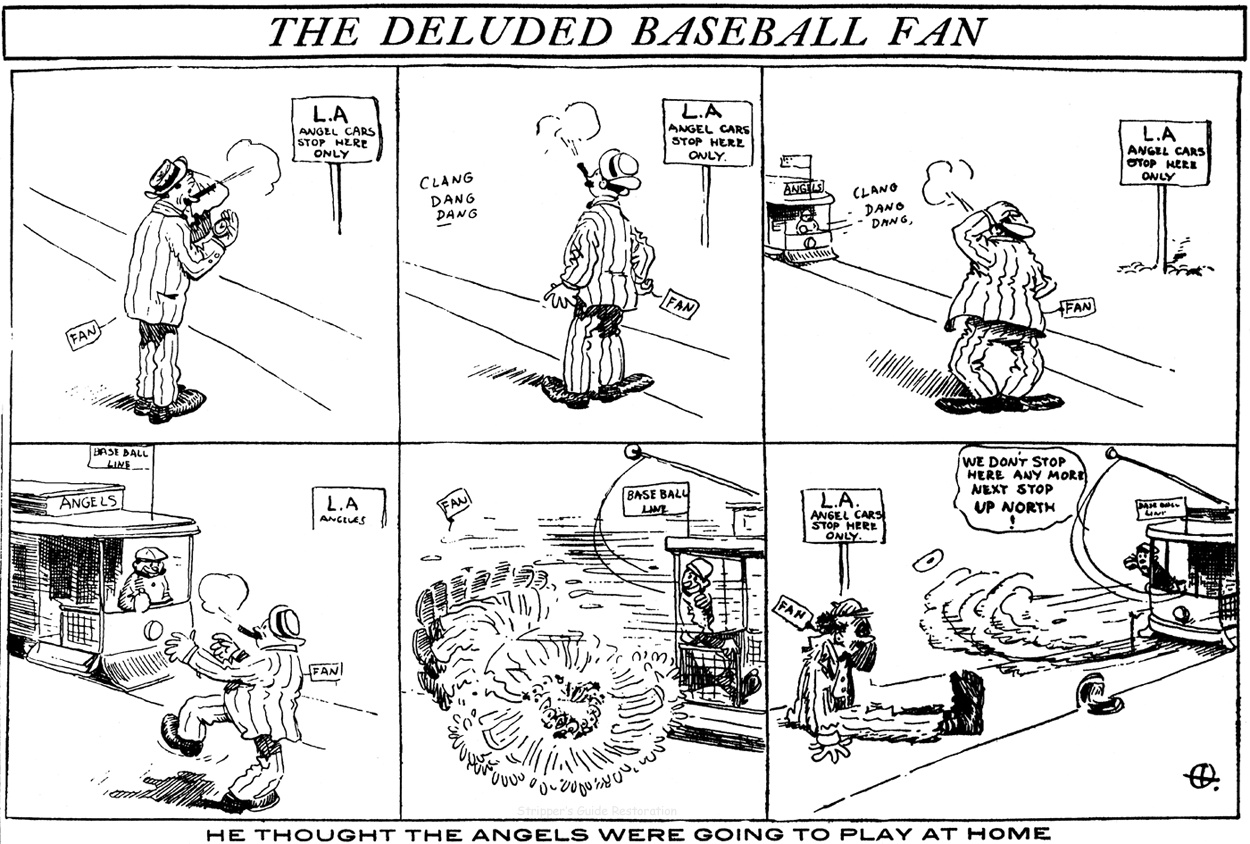 Wednesday, July 15 1908 -- Angel baseball fans continue to carp about their team's schedule, which keeps them on road trips through much of the summer.

Comments:
Dear Allan, Thanks for posting this. I am actually looking at Herriman (and some others) this week at the Billy Ireland Library, so this was a nice surprise! Which leads me to my question. In American Newspaper Comics, you attribute the Merry-Go-Rounders to Louis Glackens. However, I ran across the strips today when I was looking at Luks' comics and the signature definitely looks like William's. Is this an error in the book, or with my eyes? Thanks for any help you can provide. You can email me directly if you wish at jeanleecole at gmail dot com. --Jean

Hi Jean --
I'm afraid the error may be with your eyes, but not in looking at the old strips. Yes, they are the work of William Glackens ... but that is exactly who is credited in the book. Where's the problem?

Ah yes, I see now, my notes from your book say William Glackens. They are credited to Louis Glackens elsewhere, however--including in the Billy Ireland Library's catalog. I've notified them of the error. Sorry about the (I should say my!) confusion! And thanks for your quick reply. 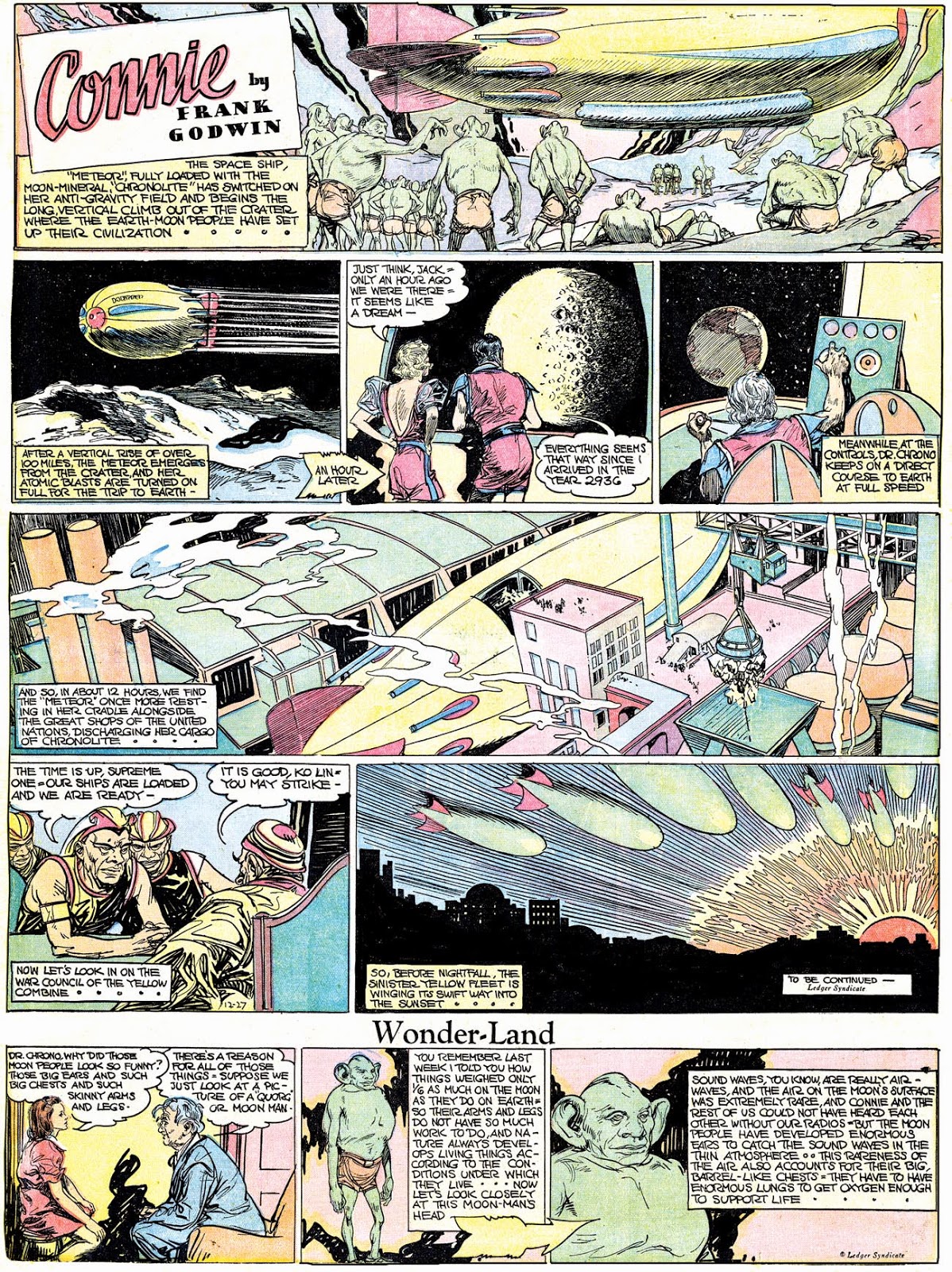 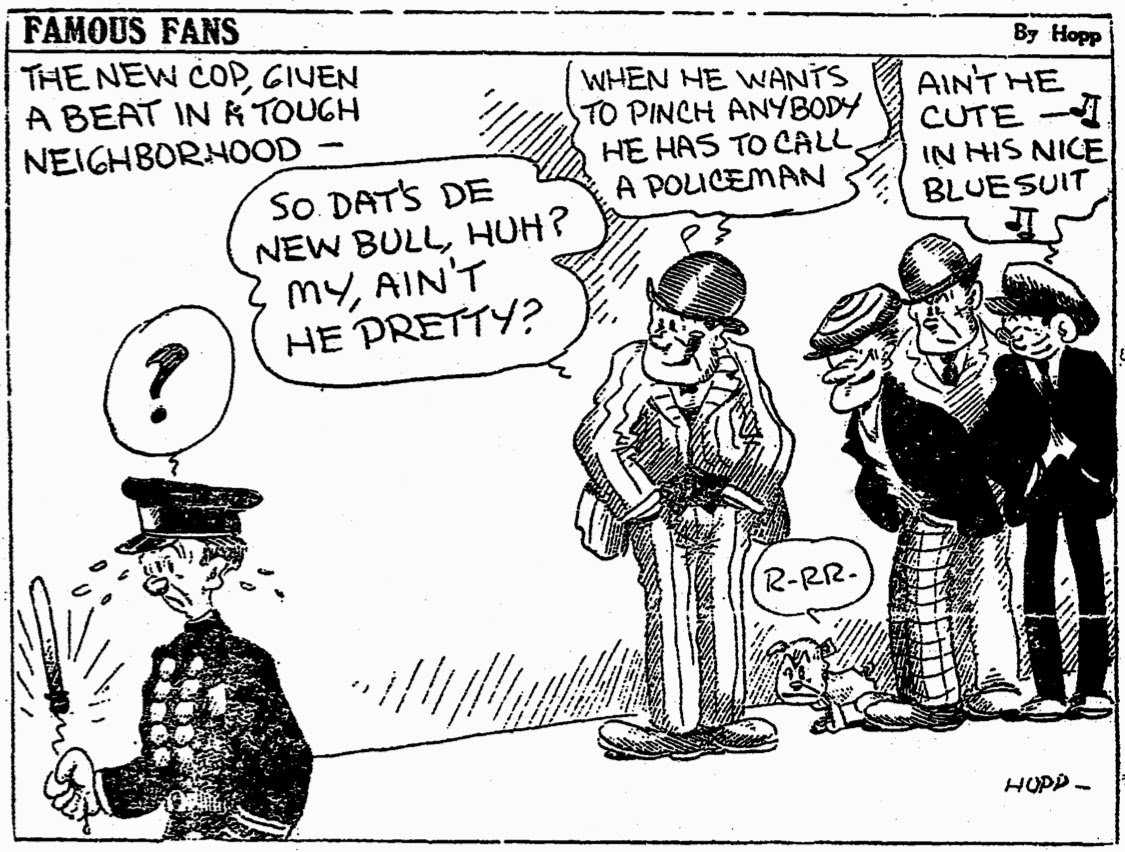 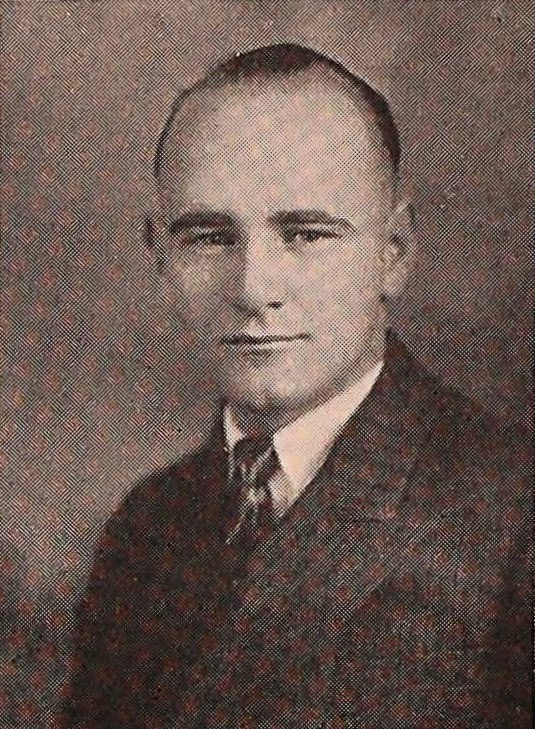 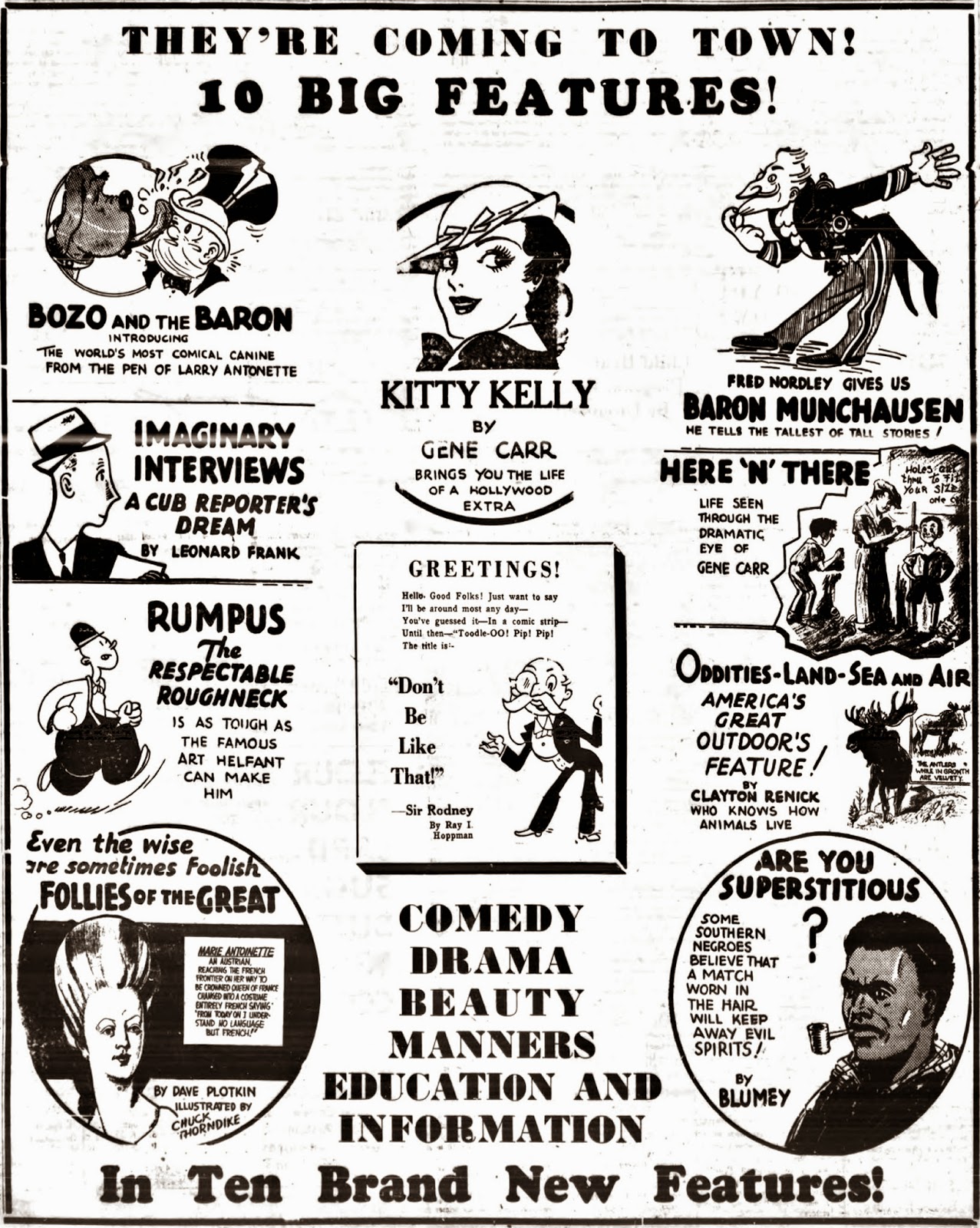 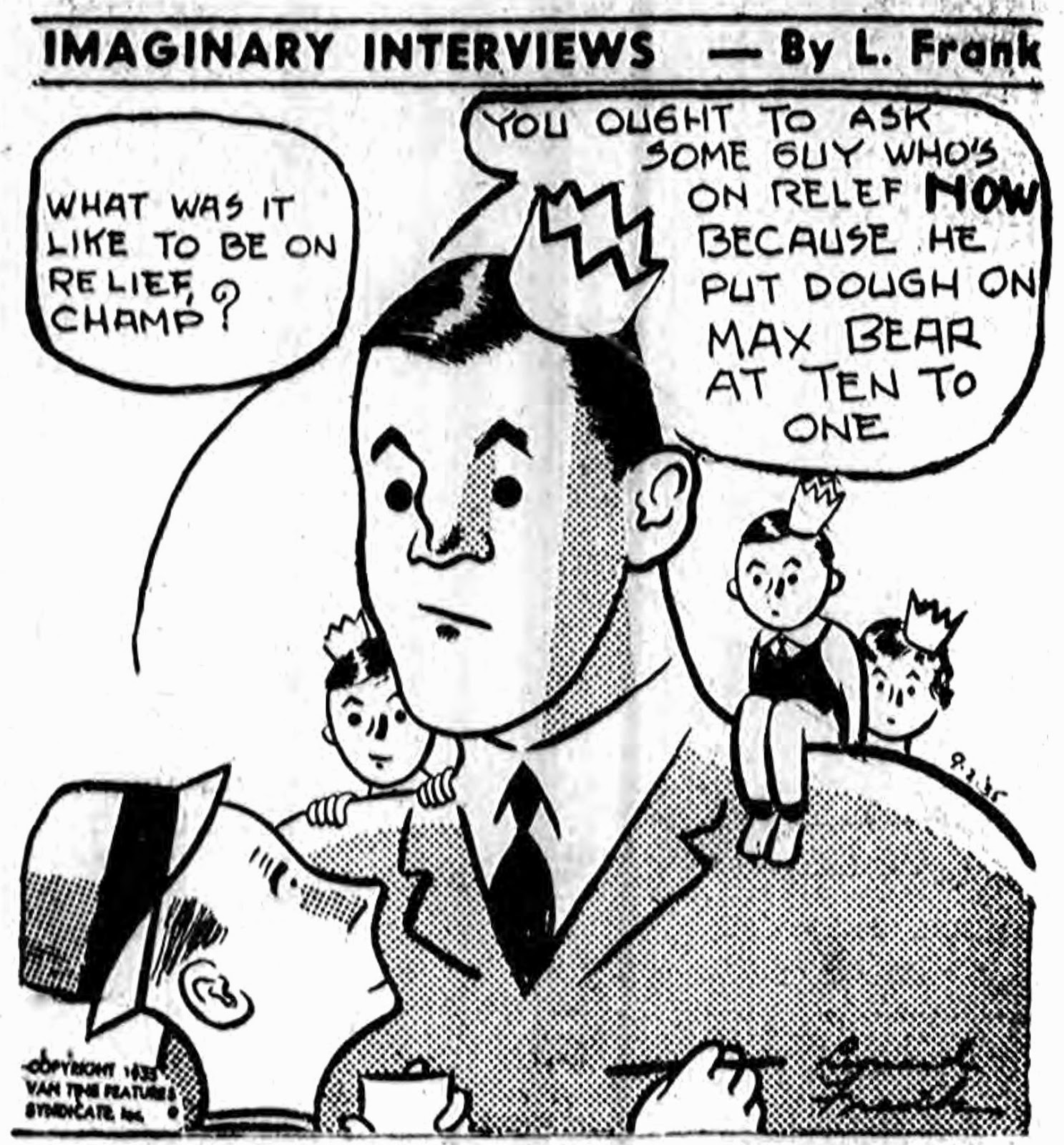 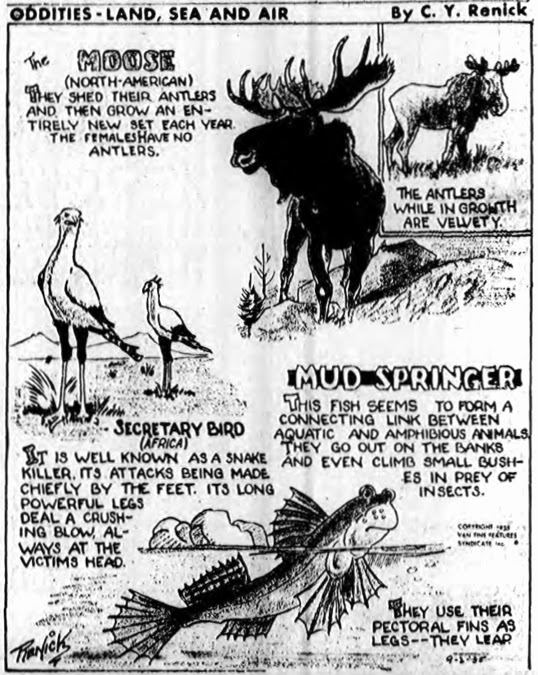 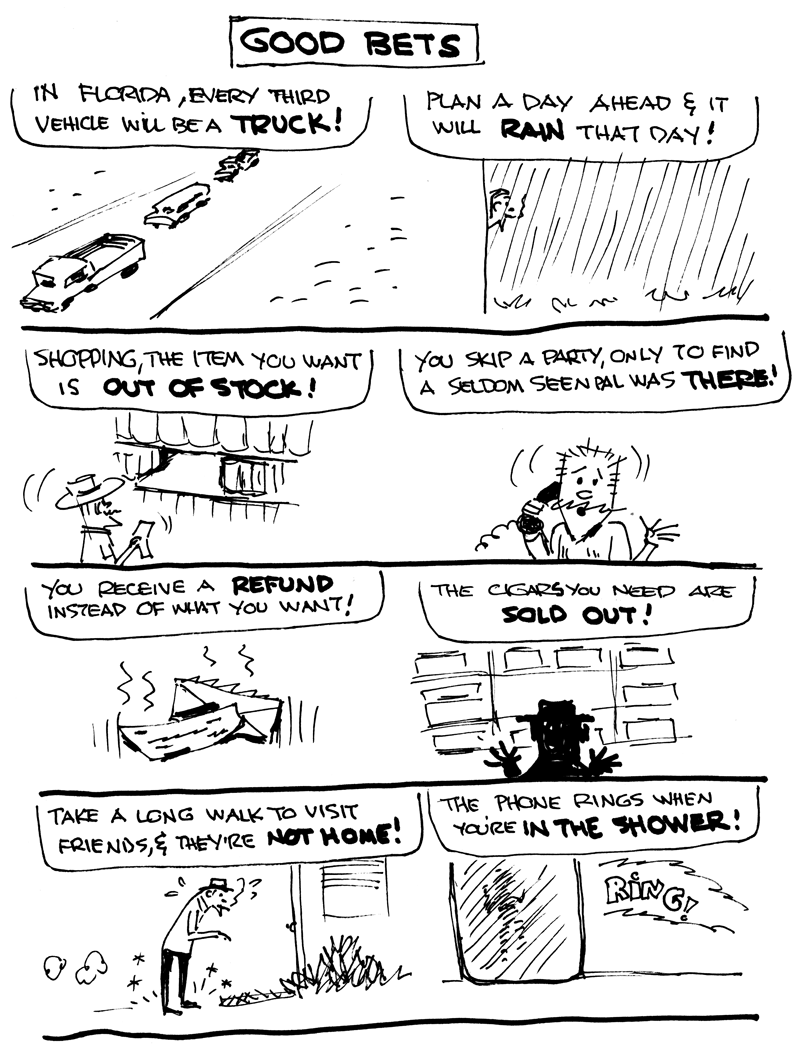