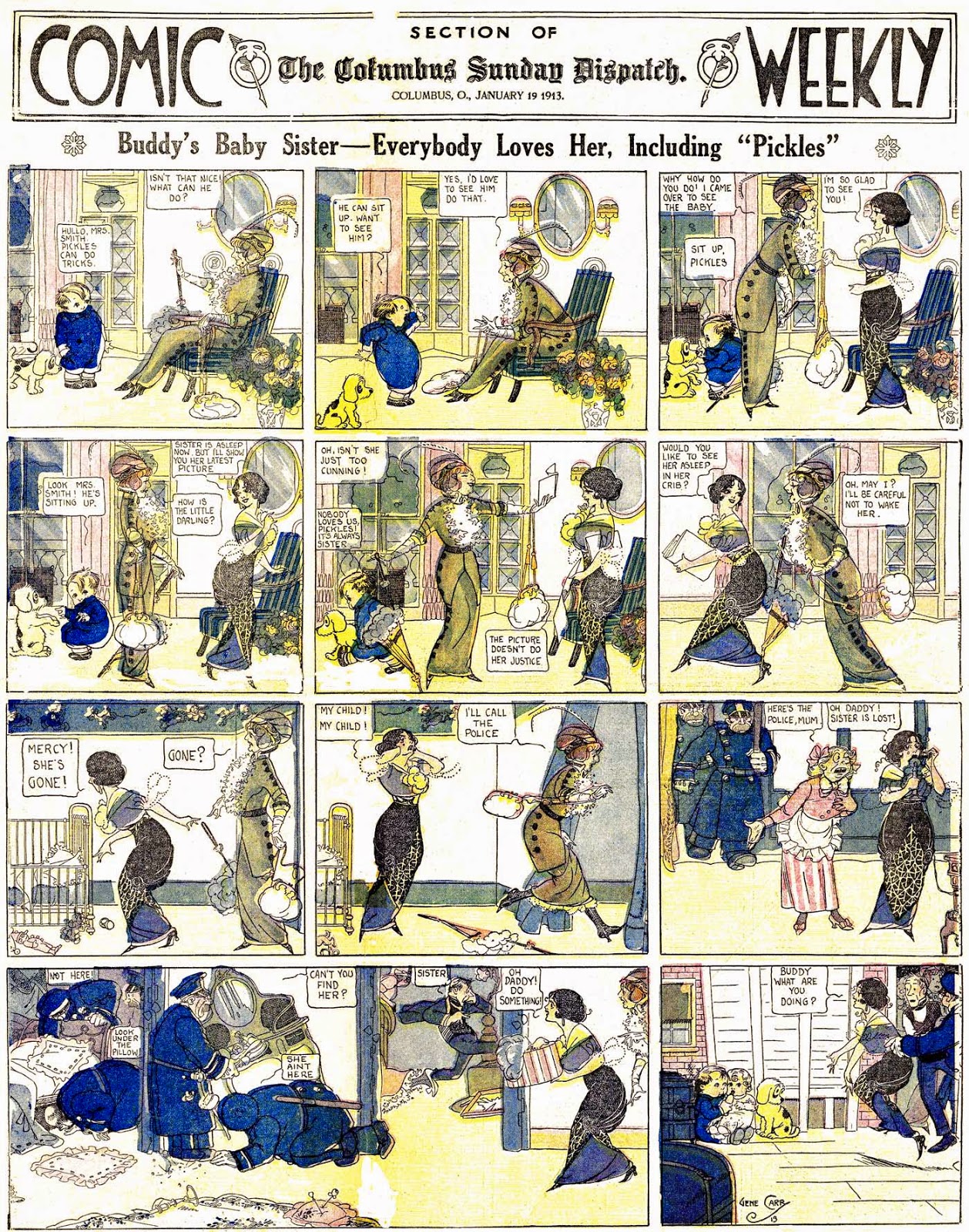 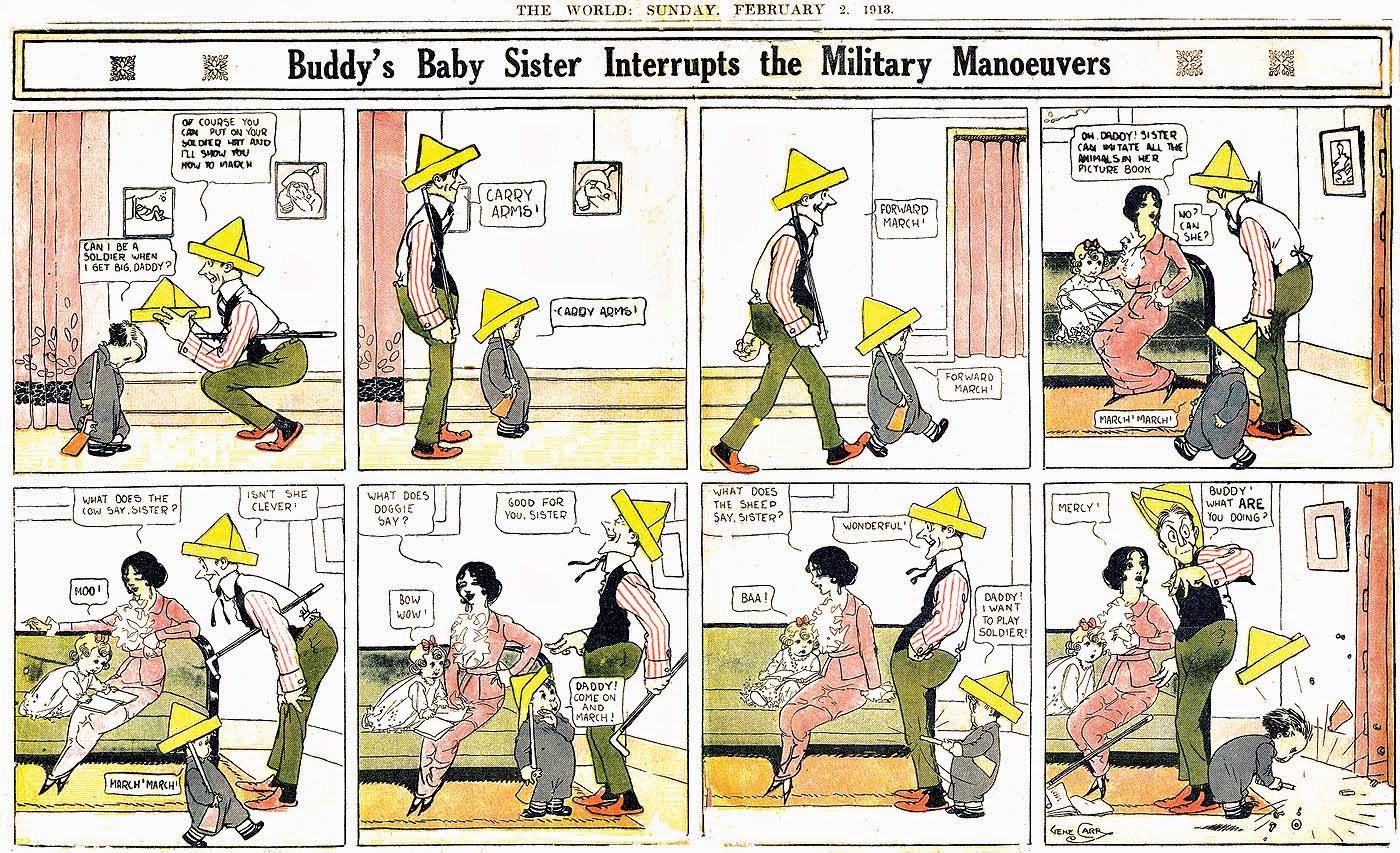 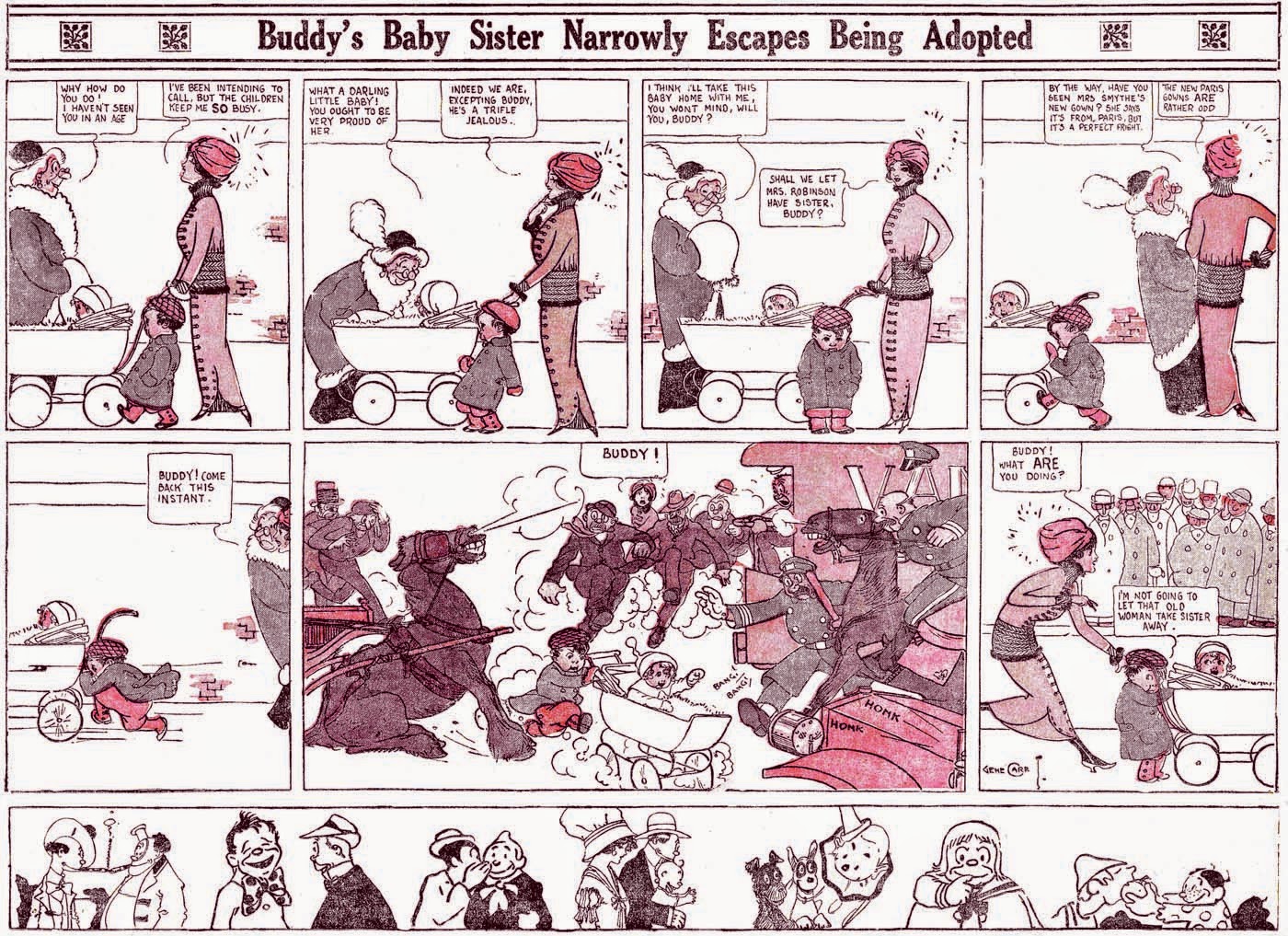 Gene Carr was a real maestro of the comics page, in that he could adapt himself to anything from dizzy slapstick to serious adventure. He is best remembered for his feature Lady Bountiful, but his contributions to the form are so much greater than that one strip.

A forgotten gem by Carr is Buddy's Baby Sister, a strip which could have been, but wasn't, recognized in 1913 as a groundbreaking new way to derive humor in the funnies, based on psychology rather than pratfalls. Although Carr still included physical humor in the strip, the real subject is the psychological torture endured by poor Buddy, who is a prototypical Charlie Brown type forty years or so before Peanuts.It really is an amazing strip, so far ahead of its time that I'm amazed it failed to make more of an impact. The empathy Carr has for this kid, and which he communicates in a beautifully understated manner, is unlike almost anything else you'll come across from the era, especially in the full-throttle slapstick pages of the Sunday color funnies.

In fact, though, Buddy's Baby Sister seems to have had no impact at the time. It ran in the New York World's Funny Side comic section from January 5 to October 12 1913, very rarely even making it out onto the four-color outside pages reserved for the best material, and then sank out of sight

Thanks to the late Cole Johnson, who supplied these scans.

Comments:
It could be that in 1913, though there were a lot of strips with frustration as a theme, one without humor, and just a little vignette of pathos instead would be hard to attract many fans.