Obscurity of the Day: Barry the Boob 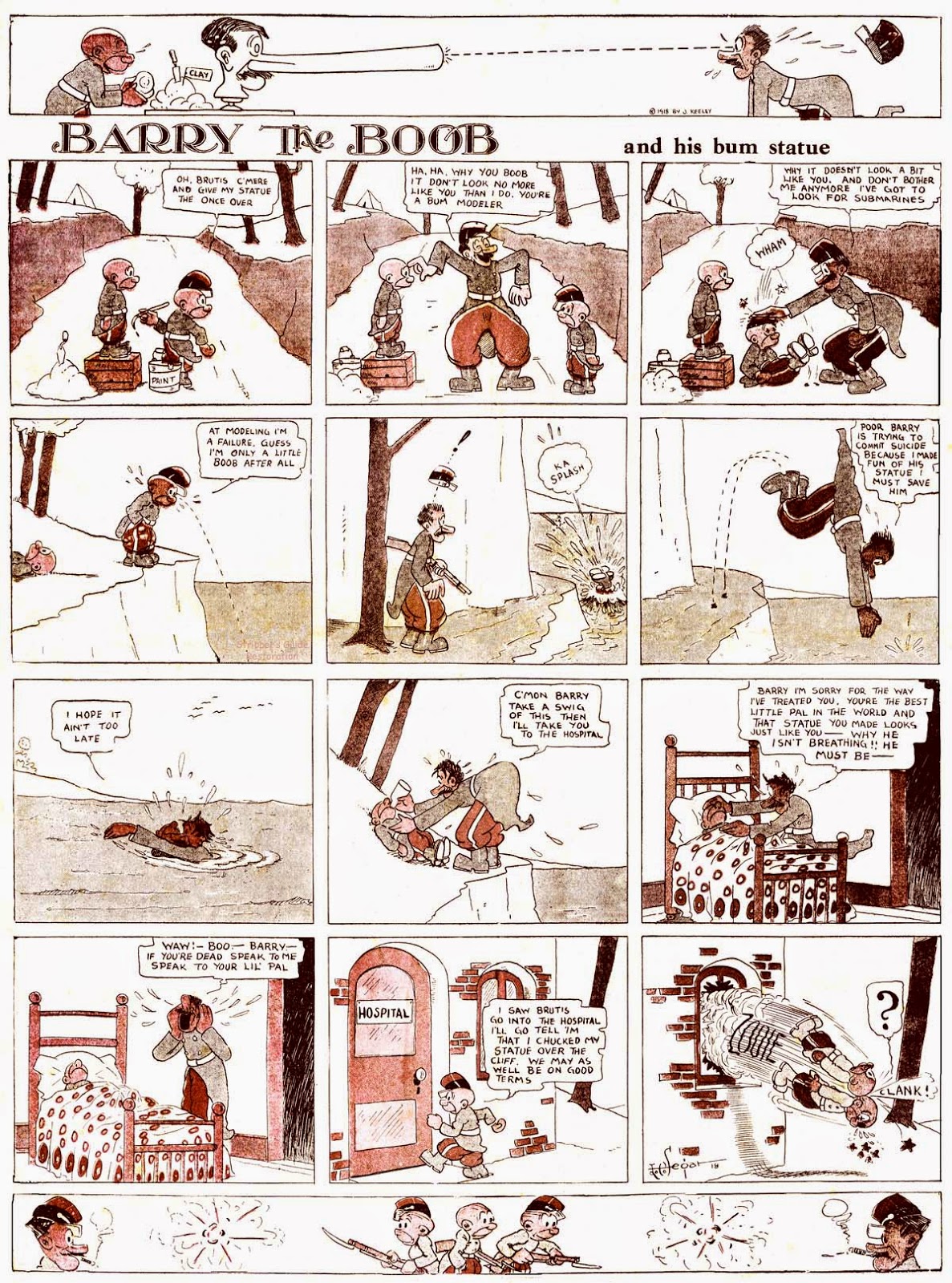 The great E.C. Segar (creator of Popeye, dontcha know) started his career doing some rank amateur work on the comic strip Charlie Chaplin's Comic Capers. That was for the Chicago Herald's J. Keeley Syndicate in 1916-17. His work was really awful -- there's just no nicer way to describe it. It was so bad it managed to kill a comic strip starring the most popular entertainer in the world -- that's pretty darn bad.

Thankfully, though, Segar was improving by leaps and bounds. After a couple of false starts on other strips, he came up with Barry the Boob. While it was no classic by any means, it at least looked and read as a minimally professional piece of work. The strip is about a Mutt and Jeff pair involved in the Great War -- which is exactly what the real Mutt and Jeff were doing in their strip in this period. Segar gets points for art and writing improvement, but those points come right back off the scorecard for being a copycat.