Obscurity of the Day: Bliss 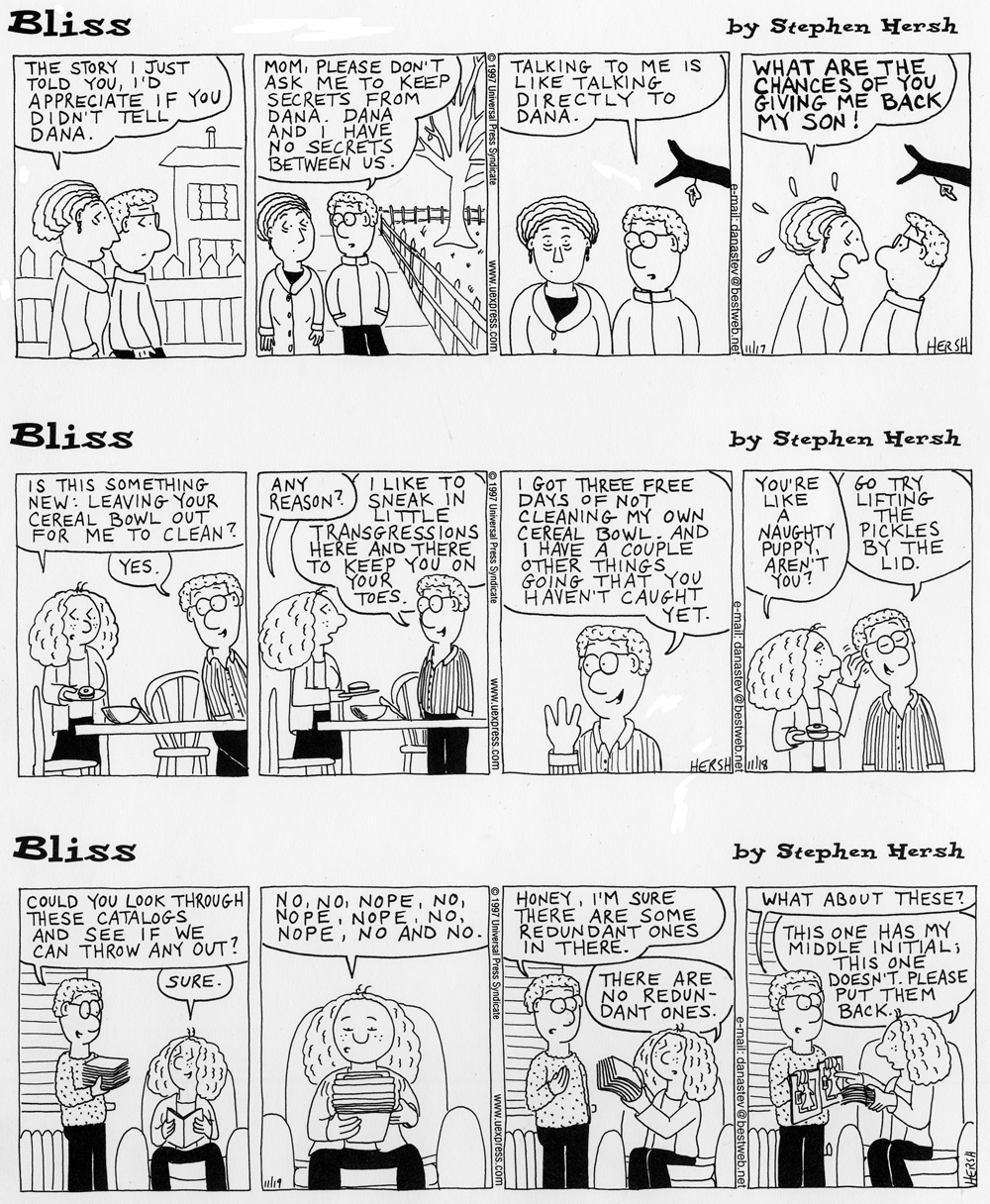 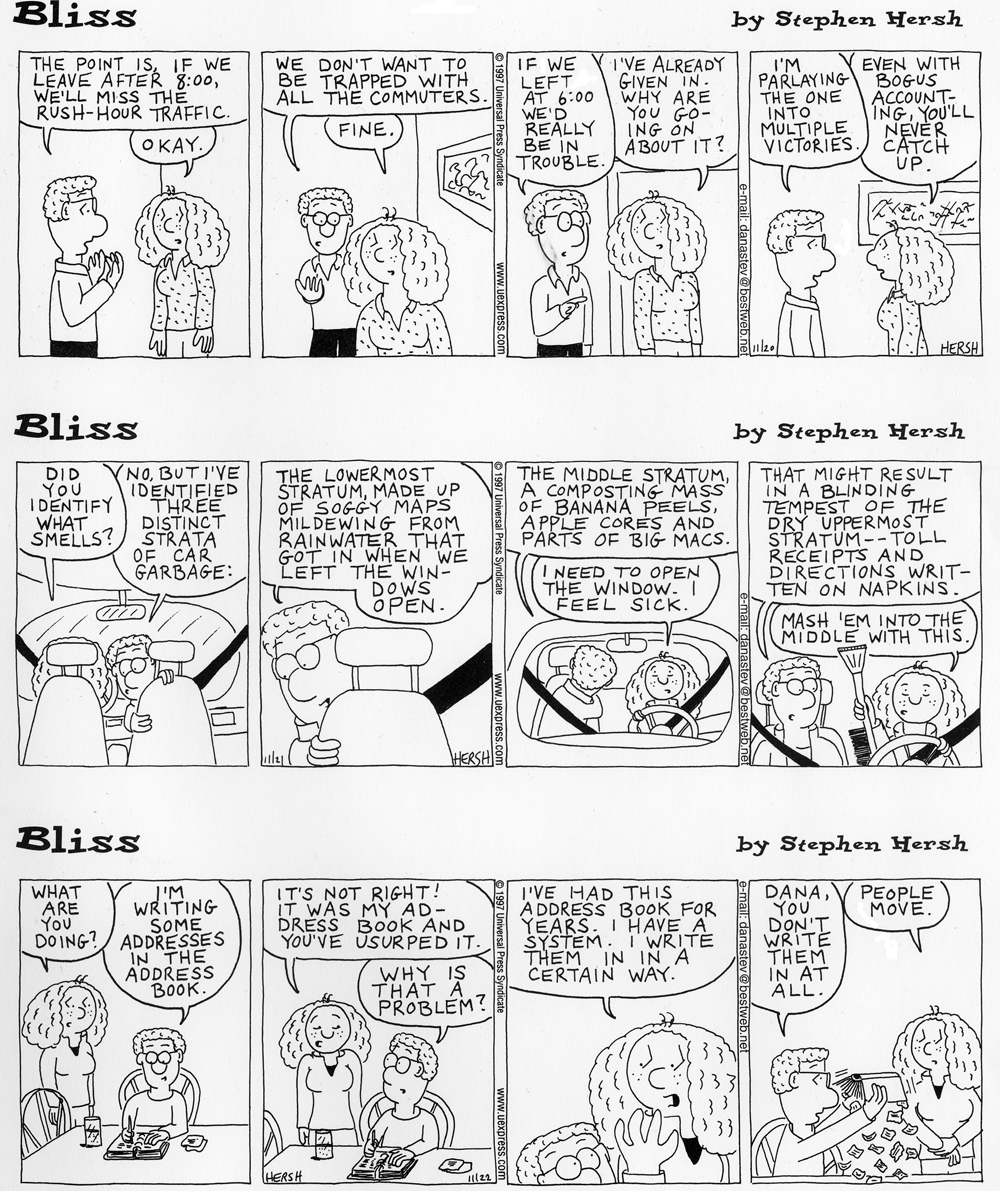 It pains me to say it, but witty intelligent writing is by no means a guarantee of success in the world of newspaper comic strips. Case in point is Stephen Hersh's comic strip Bliss, which  was syndicated by Universal Press Syndicate from November 18 1996 to January 1 2000. Hersh's strip about a young married couple is sharply and unapologetically intelligent, featuring witty banter the likes of which you'd expect in a Preston Sturges film, not rubbing shoulders with Heathcliff and Snuffy Smith on the comics page of a newspaper.

As you can see above, the art was frankly a major liability, and it would be easy to blame the strip's lack of success on that. However, Stephen Hersh later teamed up with cartoonist extraordinaire Nina Paley on The Hots. That strip had the same sort of characters and the same superb level of writing, except substituting wonderful art for Hersh's unsophisticated doodles. That strip managed to crash and burn even faster than Bliss!

Maybe newspaper readers just aren't looking for this particular sort of content in their morning paper. Intelligent writing in a strip might just pass muster if it is spoken by swamp critters, or bulbous headed little kids, but maybe the sort of writing seen in Bliss, spoken by real-seeming adult people, is just a little too much reality with that first cup of coffee.

Comments:
Yeah, THE FUNNY TIMES still runs old strips of THE HOTS in their monthly paper. The characters DO look similar to the earlier BLISS incarnation, though I think Paley glamourized the wife a bit.

You can go back to find them at
http://stephenhersh.com/