Obscurity of the Day: The Trials of a Little Mother 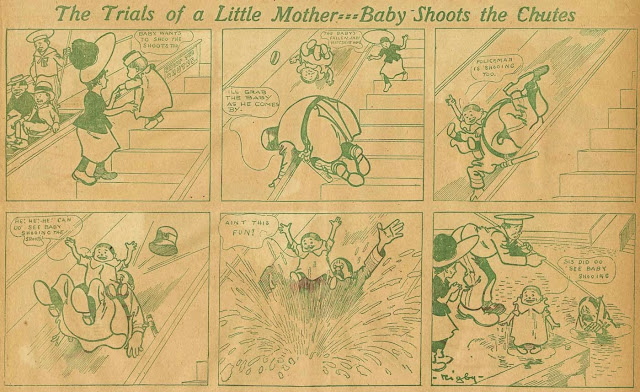 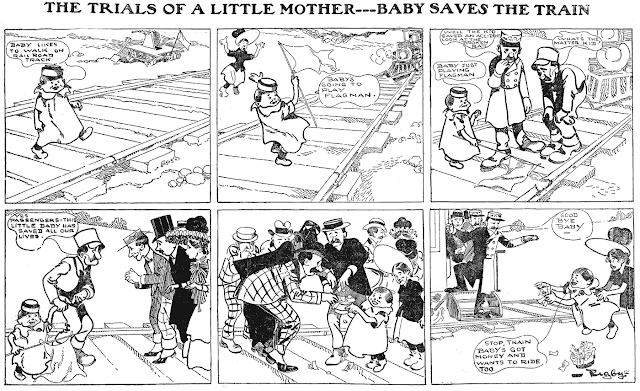 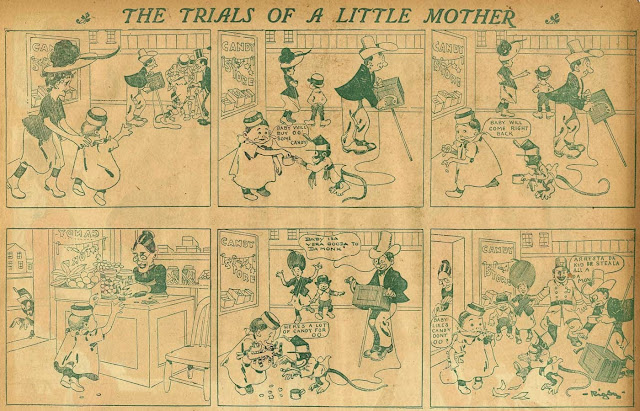 Precocious babies have often figured into newspaper comics sections. There's the first comic superstar, the Yellow Kid, of course, and dozens more over the subsequent decades.

Here's an entry titled The Trials of a Little Mother from journeyman ink-slinger Clarence Rigby, which appeared in one of the McClure pre-print comics sections from March 29 to September 6 1903, and was then reprinted occasionally in their sections from 1906 to 1908. Sometimes the strip goes with the obvious sort of gag where the baby causes a catastrophe, but other times Rigby takes the more interesting tack and has the baby save the day, like in the middle example above.