Obscurity of the Day: Ted and Cleo Picture Story for Young Readers 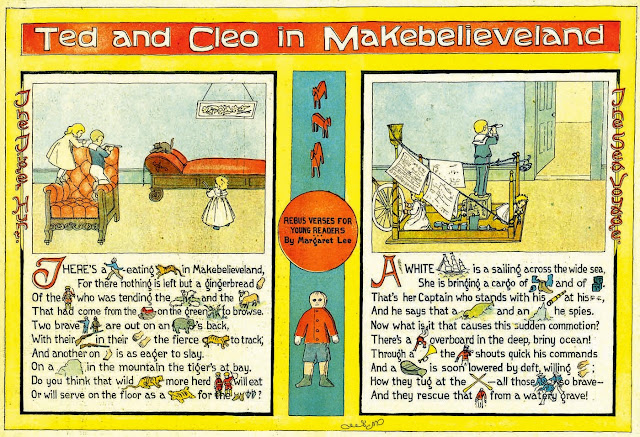 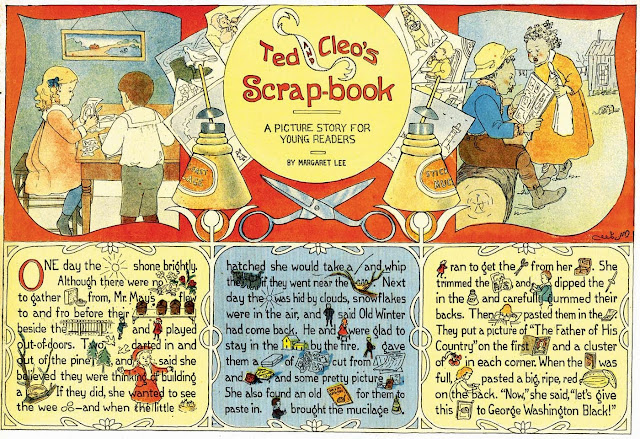 When the Chicago Tribune inaugurated their new Sunday comics section in 1901, they seemed a little unsure about following the template created by the New York papers. Though they did have comic strips, they also liked panel cartoons and activity features like today's obscurity, Margaret Lee's Ted and Cleo's Picture Story for Young Readers.

These rebus stories (stories in which you must decode the drawings to supply the missing words) gave small kids a feeling of accomplishment at reading a story. Whether the stories were actually worth the effort is the issue, and in the case of Margaret Lee I think the kiddies were probably a little short-changed. But judge for yourself.

Despite all that shuffling around, the feature was tremendously long-lived for that era. It began on or slightly before December 15 1901, and ended on December 25 1904.

Thanks to our late friend Cole Johnson for the samples.