Obscurity of the Day: Chubby's Diary 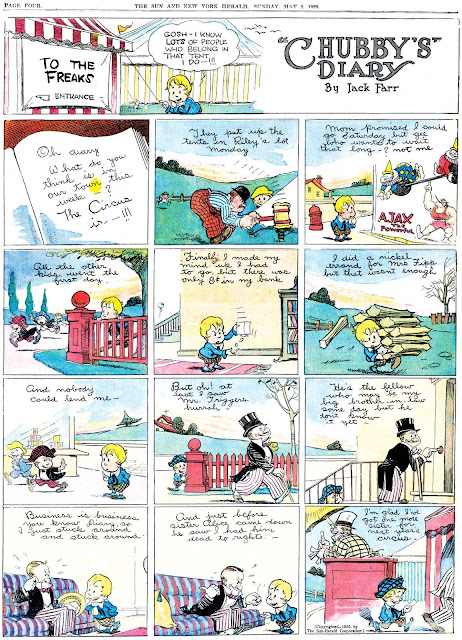 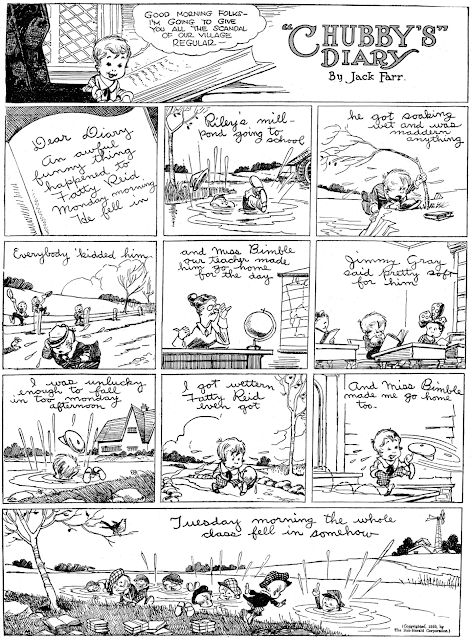 Some cartooning fans make fun of William Gordon "Jack" Farr's cartooning abilities. I've never been one of them, perhaps because I've been exposed to so much truly bad newspaper cartooning that to me Farr's workmanlike drawing looks pretty darn fine. And make no mistake, Farr was a workman at cartooning. His immense productivity in the 1910s bespeaks a guy who needed to put the meals on the table every night. He'd work for anyone if there was the hint of a paycheck.

Unfortunately, Farr was about to hit on hard times at the time his Chubby's Diary strips were running in the Sunday New York Herald, from April 4 to October 24 1920. This was his last work for a major New York newspaper, and hereafter his output was relegated to hole-in-the-wall outfits that sold and resold the same comic strips for years to penny-pinching newspaper clients.