Obscurity of the Day: Stitches 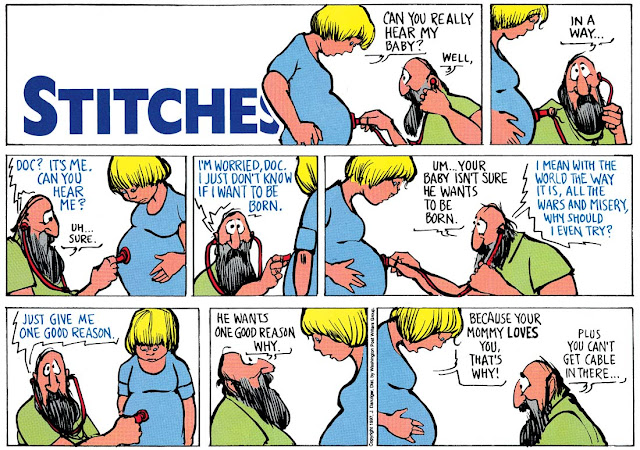 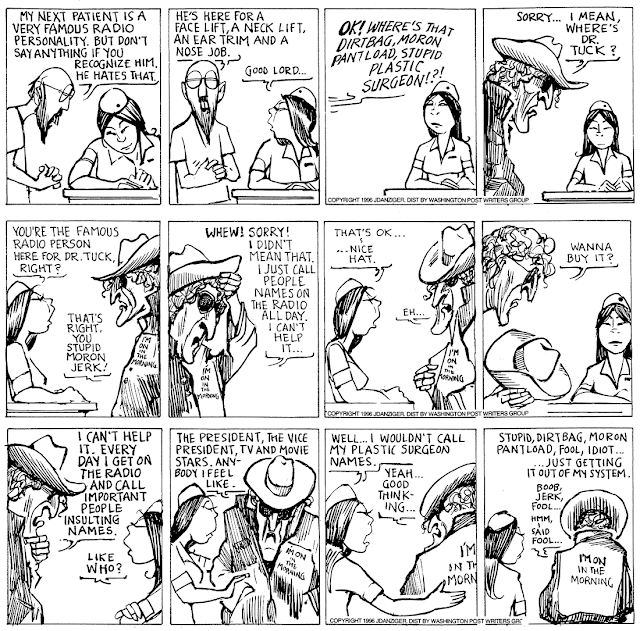 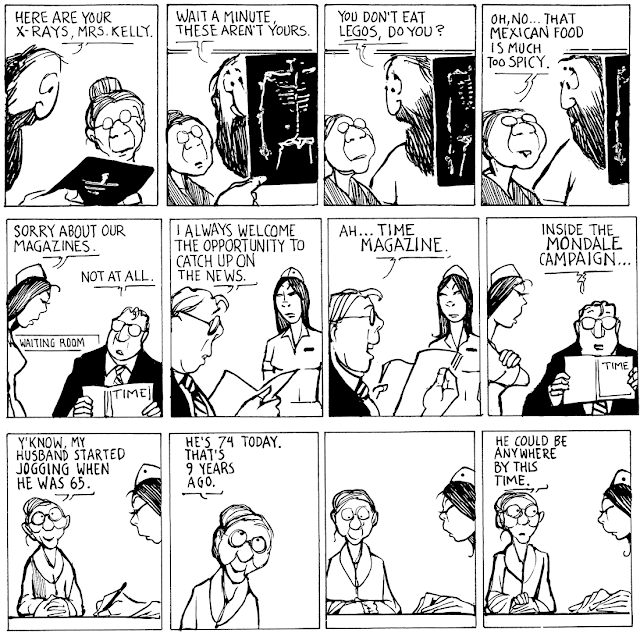 We just covered editorial cartoonist Jeff Danziger's McGonigle of the Chronicle last week, and that reminded me that we have another Danziger obscurity that needs to get its moment in the sun.

I'd say that McGonigle is sort of a minor obscurity, since it did have a pretty decent size client list in its short life. Stitches, on the other hand, is a hyper-obscurity by comparison. The strip about a doctor's office was offered by Washington Post Writers Group, whose track record is incredibly good for offering strips that click with newspaper readers. Boy did they have a misstep with Stitches though.

The strip itself is good, though pretty conventional and safe by comparison with McGonigle. The doctor's office is a standard gag cartoon subject almost as ubiquitous as the desert island, so Danziger really doesn't have much meat here to dine on that hasn't been chewed on by many others. His topical cartoons, like the one's about Don Imus above, are an interesting twist on the genre.

For some reason, newspaper editors didn't seem to want anything to do with this strip. I don't know why, because there certainly weren't a bunch of competing doctor strips that it had to outshine. Perhaps in the inscrutable editorial mind, they were looking at the doctor's office locale and thinking that there was no need for a doctor strip because there isn't a huge audience of doctors. Of course that's idiotic thinking -- we are all patients of those doctors, so everyone is your audience for the strip.

Although I can't say for sure, I'm not even certain that the Washington Post itself ran this strip, and that sure didn't bode well. I have only found it running in the Ocala Star-Banner, where it began in April 1997 and didn't seem to last long. The strip was advertised in E&P in 1997 and 1998, and I can't offer anything more definite regarding the strip's start and end dates.

Comments:
"For some reason" newspaper editors didn't pick this up...

Maybe the main reason no one wantedthis strip was because it was dull as dishwater. It seems that the creators chose a subject matter without investing any passion or excitement into the feature, then, if these ssamples are any indication, depended on the concept to carry it along. THAT'S why it failed.

According to a post on rec.arts.comics.strips, the Boston Globe carried Stitches in 1998.