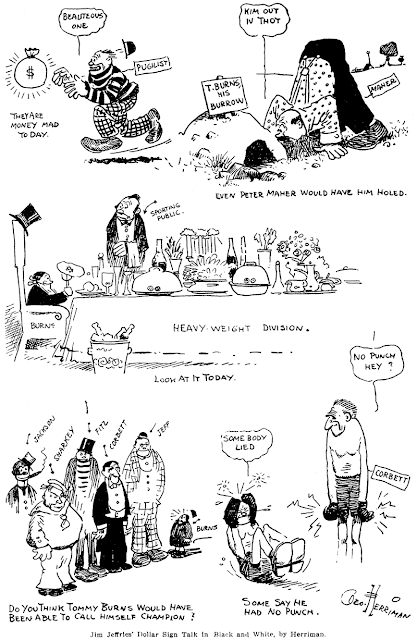 Sunday, October 11 1908 -- Herriman provides cartoon backup for an article by old-time boxing champ Jim Jeffries. In the article Jeffries shows disdain for the current crop of boxers, especially Tommy Burns. Though heavyweight champ Burns has been making mincemeat of all comers for the last couple years, Jeffries believes that he only fights easy targets. 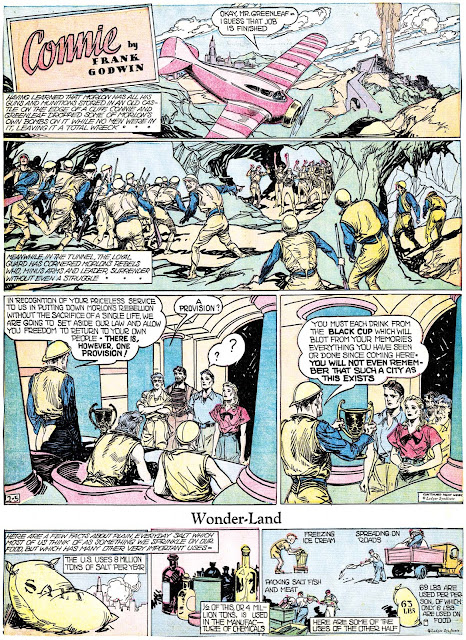 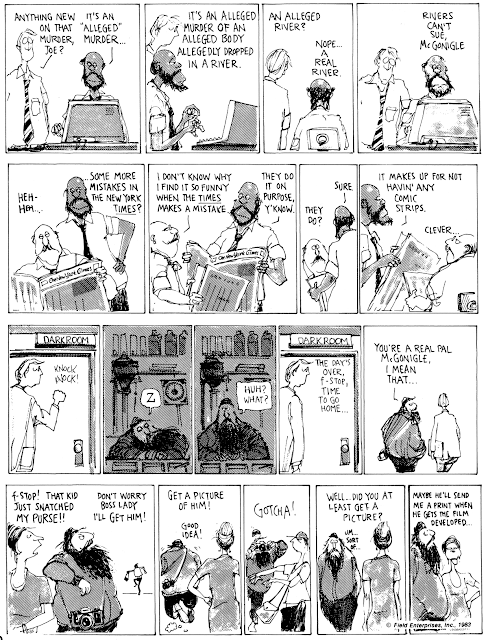 Obscurity of the Day: Splinters 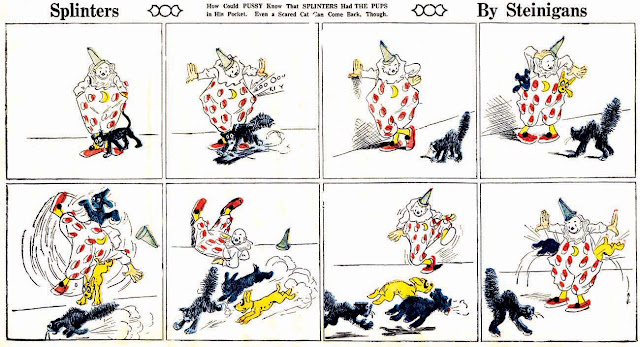 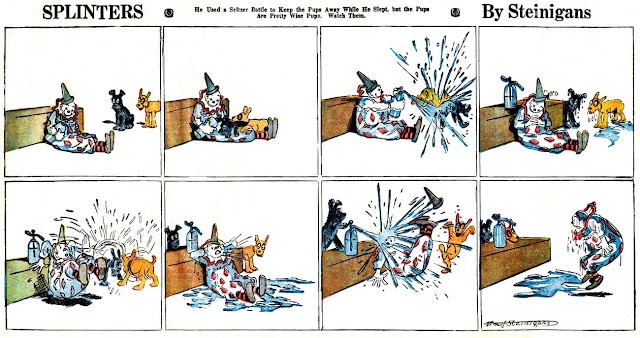 William Steinigans' favorite cartooning subject -- dogs -- is the subject of this simple and lively Sunday strip series, Splinters. Splinters the clown and his two pups were a regular feature of Pulitzer's Funny Side color sections from April 23 1911 to October 27 1912. The strip was also a semi-regular feature in the New York World's Fun magazine -- unfortunately there is no complete set of those magazines available as far as I know, so I can't offer running dates.

After a wonderful start as a mostly pantomime strip, Steinigans soon found himself at a loss for wordless gags, so dialogue became the norm. That's a shame because these early examples above are a real joy to behold. Later strips are more ho-hum run-of-the-mill productions. You can see lots more of these over at Barnacle Press. 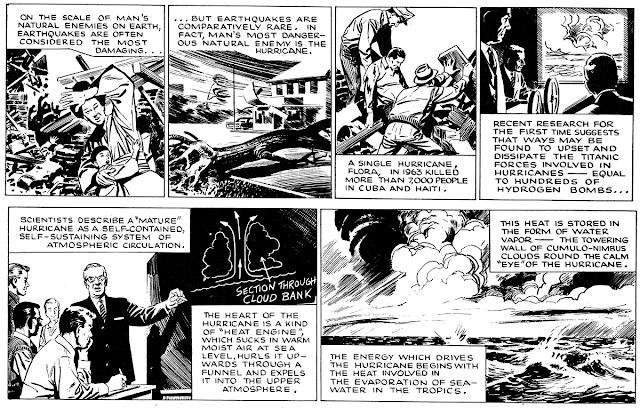 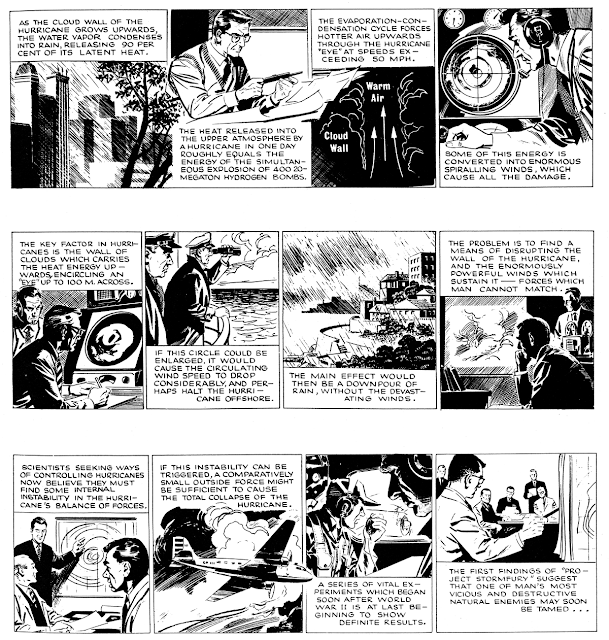 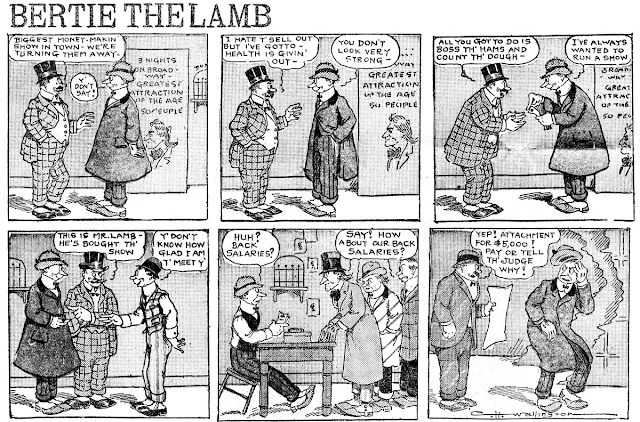