Obscurity of the Day: The Hippo and the Monks 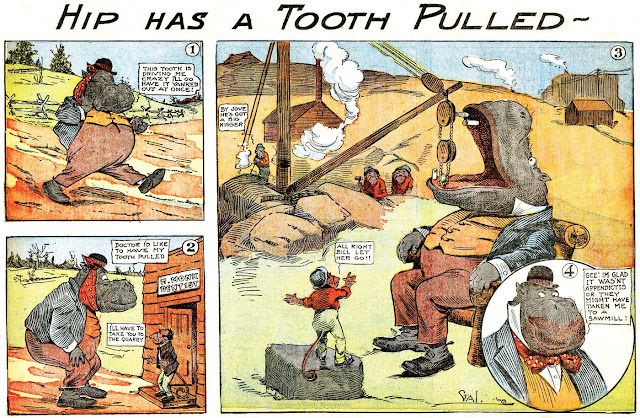 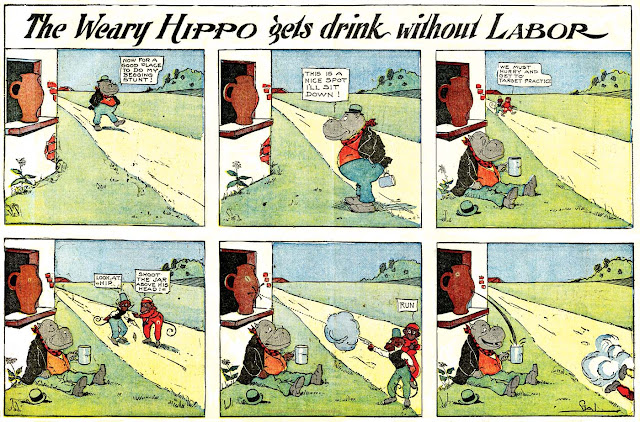 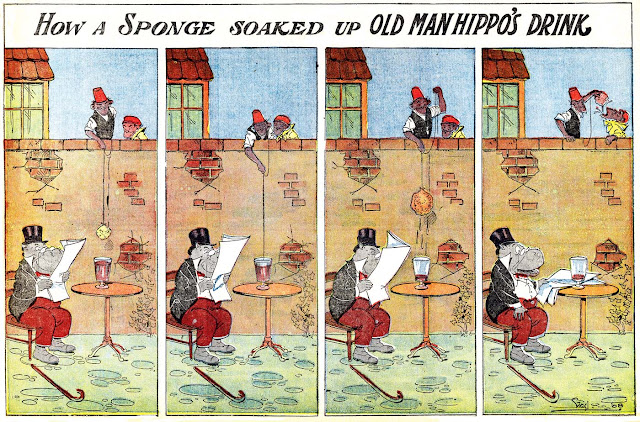 When I searched my records to see which of Jack Gallagher's comic strip series I'd already covered here on Stripper's Guide, I was aghast that I hadn't discussed a single one yet. At the expense of just a little brain juice, though, the simple reason was revealed -- Gallagher's stock in trade at the Philadelphia Inquirer, where he worked for most of his career, was in taking over the series of other cartoonists. Often he wasn't even allowed to sign his work, since the Inquirer apparently hoped that their syndication customers wouldn't notice that the original cartoonist had flown the coop.

Therefore I'm very glad to finally present the work of Mr. Gallagher, who on the rare occasions he got to sign his strips signed them simply "GAL". This strip, which never carried a consistent title, starred a hippopotamus and a troupe of monkeys, and therefore, in a fit of extreme originality, I have dubbed it The Hippo and the Monks.

Gallagher liked animal strips, and he drew our furry friends better than people, so it was a win-win. 'Jungle' strips were quite popular in the 1890s-1900s, but they usually offered up a whole menagerie's worth of animal species. I rather like Gallagher's different approach, at least in thoeory, of having a small set of continuing animal charcaters. This way we get to assign definite personalities to the animals, rather than just assigning them all generic attributes. Only problem is that GAL didn't really take advantage of that option. As you can see above, in these three 1908 sample strips we first have the hippo and the monks cooperating in a very civilized manner, then we have a gag in which the natty and elegant hippo has suddenly become a tramp, and then in the bottom example the hippo is back to his old self, but the monkeys are now uncivilized and mischievous.You could get thematic whiplash reading this stuff!

The Hippo and the Monks ran sporadically in the Philadelphia Inquirer from November 11 1906 to December 13 1914. In the Inquirer itself, the strip rarely appeared more than 8-10 times per year, but in the syndicated version of the Sunday section it appeared more often.