Obscurity of the Day: Crack-Ups 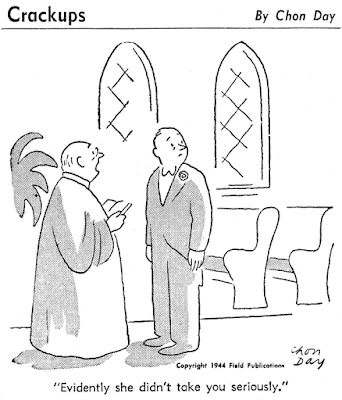 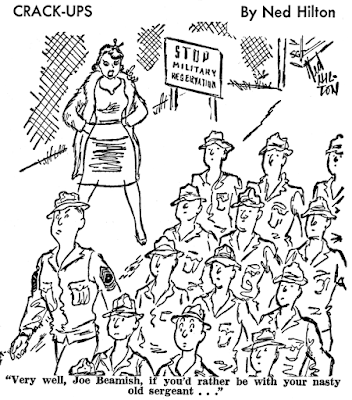 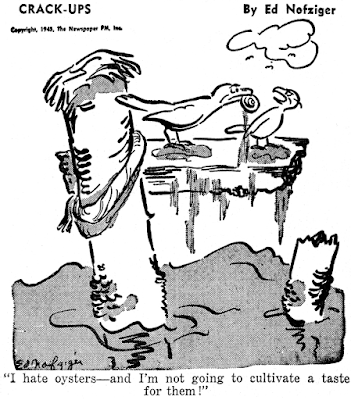 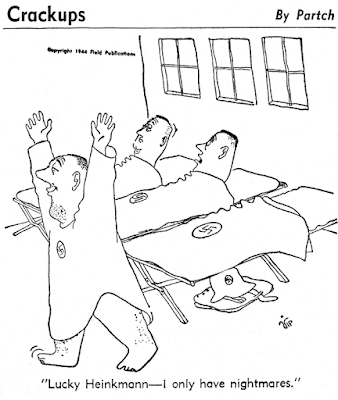 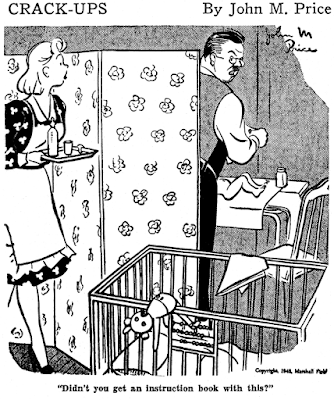 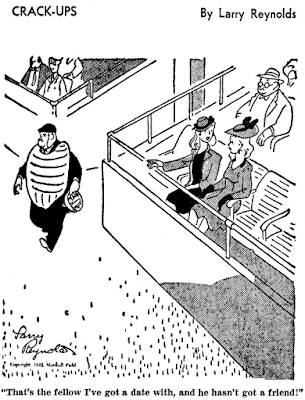 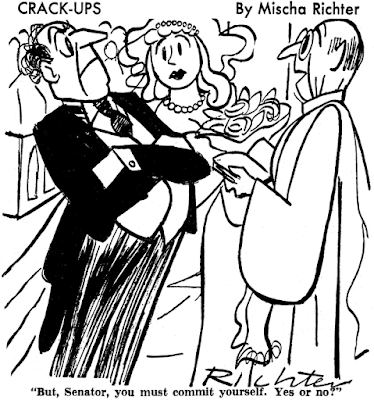 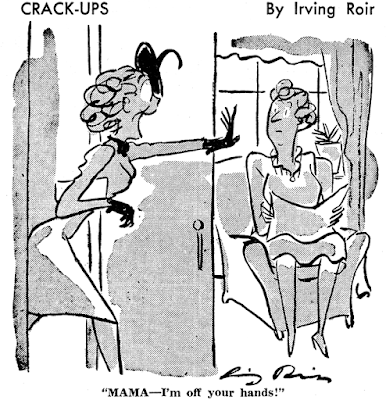 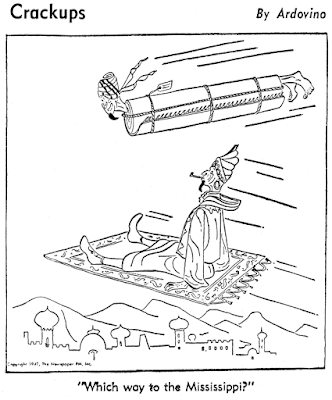 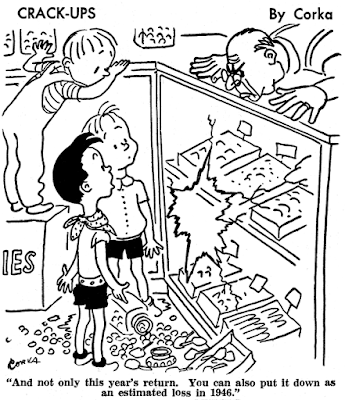 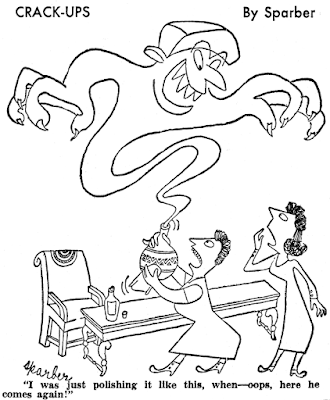 Ralph Ingersoll and Marshall Field III started Newspaper PM in New York City in 1940. The paper was unapologetically far-left, accepted no advertising, and was written for a well-educated audience. The latter two of these qualities meant that the newspaper was bound to be in the red (no cracks about the first putting them in the Red, please), and the sales figures showed little sign of changing that status. However, with backer Marshall Field's deep pockets, that wasn't the death knell that it might have been. In fact, the plug on this noble experiment wasn't pulled for eight years.

However, the publisher did make some concessions to improving sales figures. Most important among them to us is that in 1941, PM started slowly getting into the comic strip business. Exclusive New York City contracts kept them from being able to buy any strips from the syndicates that would be worth buying, so they little choice but to 'roll their own'. Their first foray into graphic humor was a daily panel, initially titled PMAntics. It debuted on August 18 of that year, and employed some of the leading magazine gag cartoonists as regular contributors.

And when I say regular contributors, I mean really regular. Unlike most multi-cartoonist gag panel features, which just issue a jumble of work from anyone who happens to submit a gag worthy of print, PMAntics went a different way. They chose six cartoonists, assigned each of them a day of the week, and contracted with each to submit a gag cartoon each and every  week. Naturally this scheme appealed to gag cartoonists, who are delighted by a regular paycheck. The original six cartoonists who debuted in August 1941 were some heavy-hitters: Gardner Rea, Mischa Richter, Ned Hilton, Dave Breger, Larry Reynolds and John M. Price.

Marshall Field III was also busy in Chicago at this same time, bankrolling another new paper, the Chicago Sun. When Field realized that he would also be frozen out from the better comics in Chicago, he got serious about not only producing material in-house, but also attempting to syndicate it to other papers. Thus was born the syndicate Field Enterprises. Since PMAntics would become a syndicate offering for Field, its name was changed to the more generic Crack-Ups (PM itself ran the series under no continuing title after November 1941). From the beginning, Crack-Ups did modestly well in syndication, probably due to the highly recognizable contributor list. That contributor list was soon to go through some changes, though.

After Pearl Harbor, the magazine gag cartoon world was up-ended along with everything else. Some gag cartoonists donned uniforms and went to war, like Dave Breger and Ned Hilton, and the fellows left behind found themselves in the enviable position of having an embarrassment of opportunities to sell cartoons to the magazines.

In 1942, the Crack-Ups cartoonist line-up changed quite a bit, but the quality was still very high. Chon Day replaced Gardner Rea in March, Ed Nofziger replaced Dave Breger in April, and Larry Reynolds was replaced by Irving Roir in August. In 1943, John M. Price was replaced by Virgil "VIP" Partch, a change that may well have been voluntary for the syndicate, since VIP was becoming a red-hot commodity around this time.

Ned Hilton left for awhile in 1944, first replaced by Howard Sparber who only lasted about four months, then by a cartoonist who signed himself Corka, which according to the interwebs was the working name of husbandand-wife team Jon Cornin and Zena Kavin.Hilton then returned near the end of 1945, with Corka keeping a spot and Mischa Richter losing his.

1947 brought further changes. Chon Day was replaced by a second-string gag cartoonist named Charles Ardovino and a fellow signing himself Ballantine also arrived (on John K.'s blog the artist is identified as Bill Ballantine -- the signature match -- but I'm a little skeptical as Bill Ballantine himself never mentions cartooning as something he did in a long interview available here). In 1948, Charles E. "CEM" Martin was the last addition. The feature ended on October 2 1948, with a final line-up consisting of CEM, Ned Hilton, Corka, Ballantine, Irving Roir, and VIP.

Some Notes: As my personal files and online access to this gag panel are spotty, you can safely assume that I have missed some of the many iterations that went on in the creative line-up, but I think I've hit most of the high points. If anyone has the wherewithal to track the feature from beginning to end, I'd love it if you could set the record straight for me.

If you are the owner of my book, American Newspaper Comics, you will find that I have this feature listed there twice -- once as PMAntics, and once as Crack-Ups. At the time, I hadn't figured out what now seems perfectly obvious, that they are one and the same. D'oh!

Starting tomorrow, Alex Jay will be giving us Ink-Slinger Profiles for some of these gagsters. For some reason there is very little reference material available that supplies biographies of magazine gag cartoonists, so I'll be very interested to see what sort of information Alex turns up, and trust you will, too.