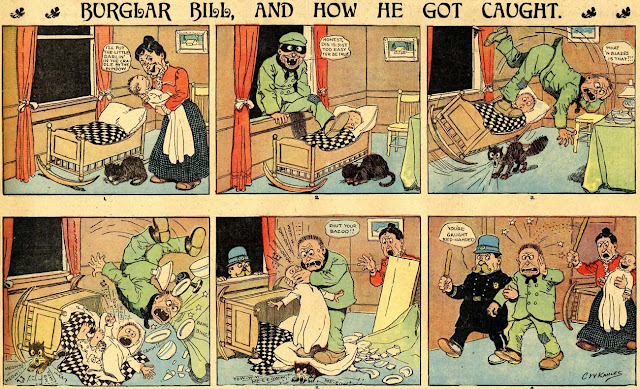 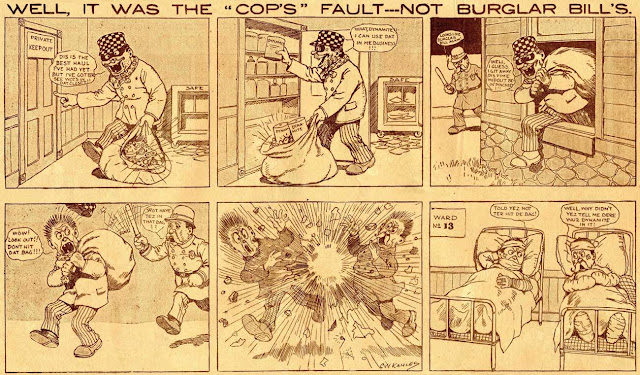 There were no less than three series in the 1900s titled "Burglar Bill" or similar variation, which means, I guess, that burglars named Bob, Brent, Brian, Brad, Barney and Bert just didn't have that mellifluous je ne sais quoi that Bill had in spades. Good for you, Bill!

Charles Kahles' version of Burglar Bill, the first one of that decade, ran for a very short period in the New York World's Sunday comic section, from January 12 to February 23 1902. Kind of a shame that it was so short-lived, too, because for once Kahles seems to be letting his hair down a little and not being so darn fussy about his art. These strips have some real life to them, as opposed to Kahles' typical work, which I find far too formal and stiff.

Comments:
It would have been interesting to see what would happen if Burglar Bill had been up to his nefarious activities on Clarence the Cop's beat.