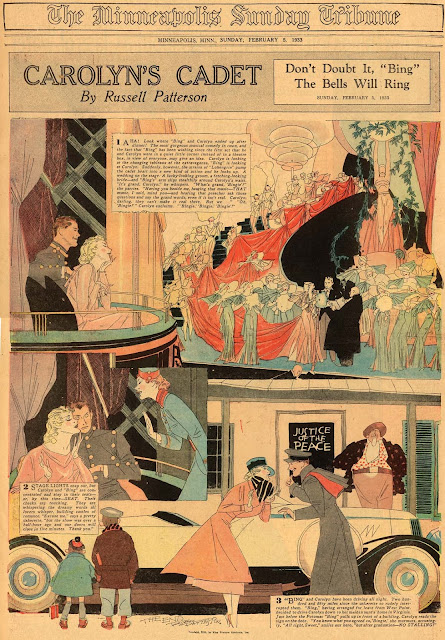 In the early 1930s Russell Patterson was the darling of the King Features Syndicate magazine cover editor, and he churned out the romantic pablum like a demon. Here is Carolyn's Cadet, in which another art deco romance blossoms, this time involving a dashing young army (?) cadet. This would be one of his last magazine cover series before he returned to the fold in the early 1940s.