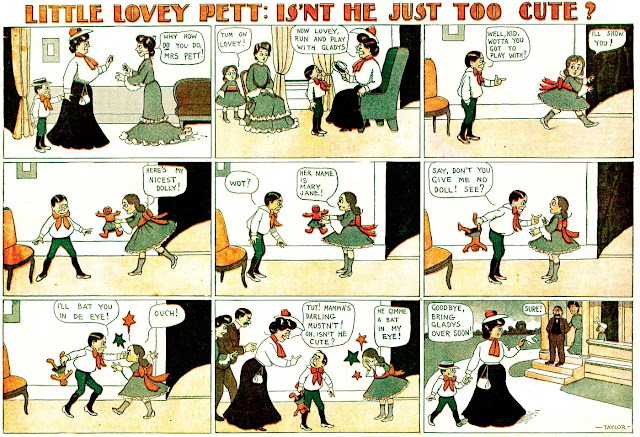 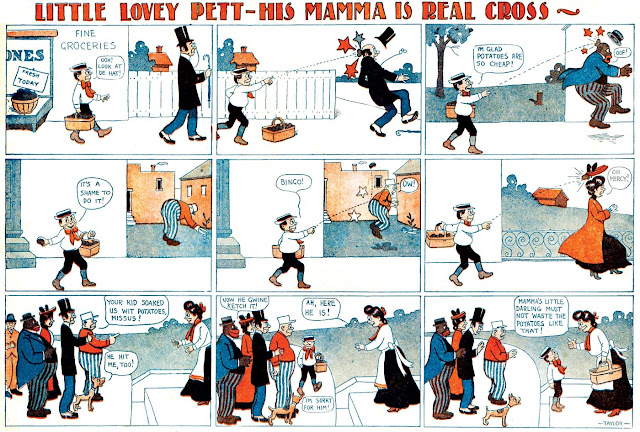 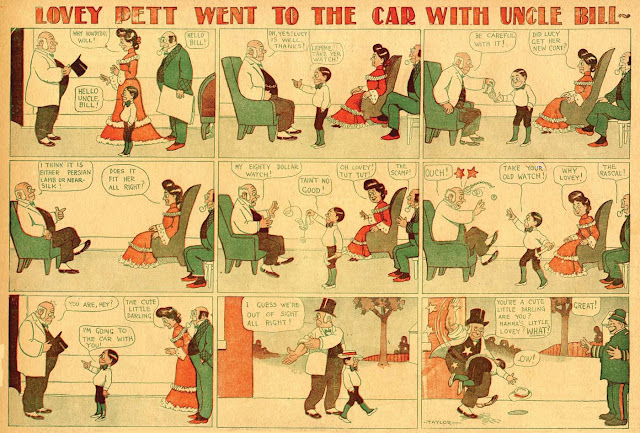 Although Roy W. Taylor spent most of his time in Chicago working for the Chicago Daily News, he did have two brief flings with the Chicago Tribune, once in 1901, and then again in 1905. In his second go-round he never could seem to come up with a series that really stuck. Little Lovey Pett, for instance, ran just over a month in the Tribune's Sunday color comics section.

It didn't deserve much longer life, frankly. It was a melange of The Newlyweds (parents who dote on their misbehaving child) and the million and one strips about prank-pulling little devils. Since the pranks weren't at all inventive, the strip left the reader more angry than entertained, mainly wanting a crack at giving the little fink some tough love. Roy only gave the audience want they really wanted in the final sample above.

Little Lovey Pett ran from October 22 to November 26 1905. Thanks to Cole Johnson, who supplied the sample scans. You can see the all the strips in this series over on Barnacle Press.