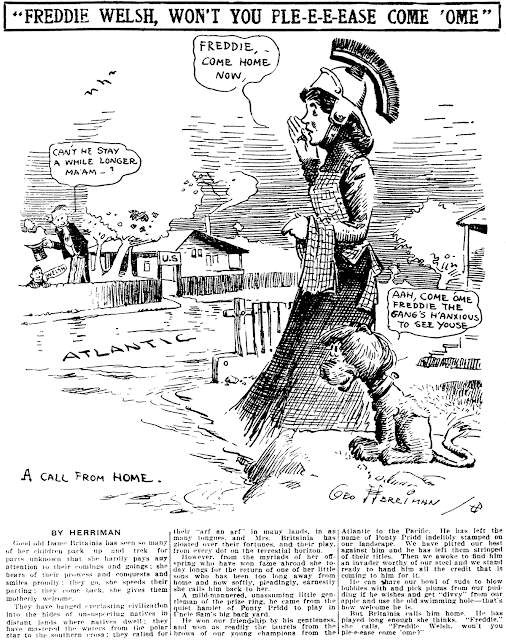 December 21 1908 -- Britain may be calling boxer Freddie Welsh back home, but they're going to have to wait more than half a year yet. Freddie Welsh is about to embark on a tour of the eastern U.S. looking for good fights in his weight class. 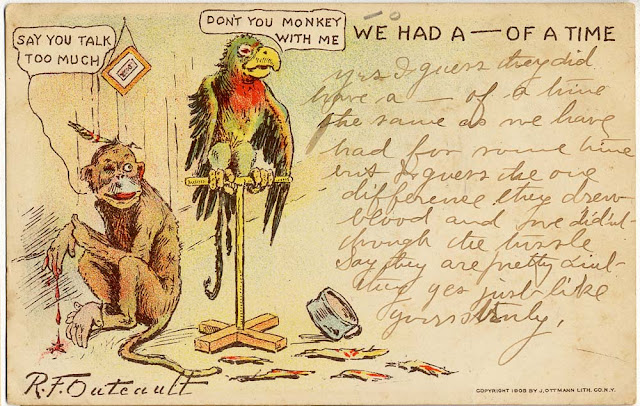 Here's a 1905 postcard by R.F. Outcault, in which a monkey and a parrot have a heck (yes, I came right out and said it!) of a time. It is copyrighted by the J. Ottmann Litho Co. of New York on the front, and the undivided back has no further information.

Gosh, I wish I could figure out what that word is in the note -- "Say they are pretty ???? yes just like yours truly." I feel like I'm missing a vital piece of data here.

Comments:
What I am seeing is:

Yes I guess they did
have a - of a time
the same as we have
had for some time
but I guess the one
difference they drew
blood and we didn't
though (?) the tussle
Say they are pretty ain't
they, yes just like
yours truly 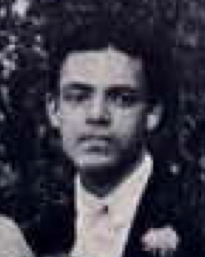 Obscurity of the Day: Practical Lessons in Drawing 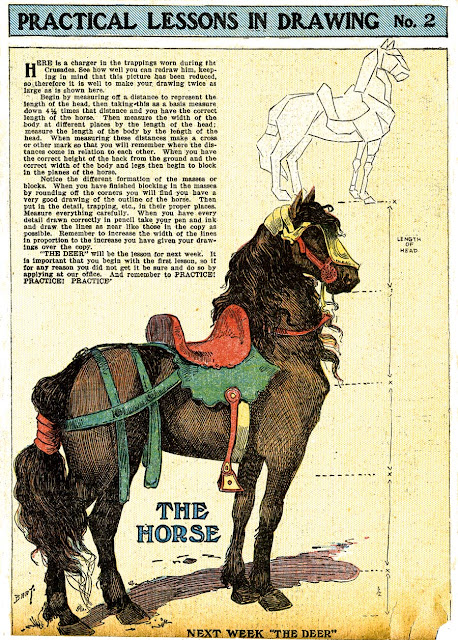 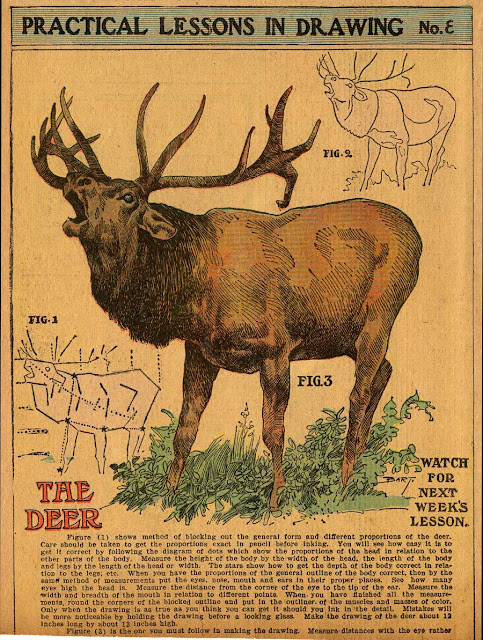 In 1909, the World Color Printing Sunday comic section seemed to experience the defection of many long-time contributors, leaving the company occasionally scrambling for content. Surely otherwise they would not have accepted a new feature they added to the back page titled Practical Lessons in Drawing. The quarter-page feature was written by an uncredited but certainly self-important author who seemed oblivious that he was writing for a Sunday comics section, rather than a college-level academic drawing course. The result was both dry as dust and close to useless as an introduction to drawing. The author loved to expound on what I'll call the algebraic aspect of drawing -- a deer's head is exactly so many times the length of it's body, and the head is exactly so many eyes high, and the horns on its head are exactly so many times the length of a flea on its back, etc, ad absurdum. It surely made the author feel rather chuffed, but I can't imagine too many kiddies opening the WCP Sunday funnies and getting excited to learn the intricacies of drawing a Hindu Water Carrier (believe it or not, that really was a lesson).

Most lessons ended by admonishing the kiddies in no uncertain terms to learn the lessons in order or be left with a woefully bad education. Apparently it is very important, I gather, to become expert in drawing, say, a brown bear before one tries to draw a dog. We may shudder to think of the consequences if the kids did not follow this important rule. The author helpfully told his class that if they had missed a lesson that they should run down to their local newspaper's office, where the editor would be delighted to hand out missing drawing lessons from old editions of the paper.

The feature began on October 3 1909 and ended, after missing a couple weeks near the end, on March 13 1910. Apparently the author didn't realize his course was coming to its end, because the final installment tells students to look for another installment next week. WCP had other ideas, though, and dropped the feature in favor of a quarter page of puzzles and games.

Art for the feature was mostly supplied by D.C. Bartholomew, who exhibited an unexpectedly fine ability to do straight illustration. He was spelled a few times by others, on November 14 1908 by T. Benjamin Faucett, and on November 7 and 21 by someone who signed themselves only "W". 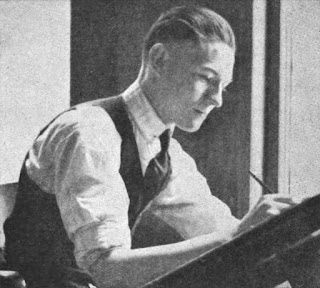 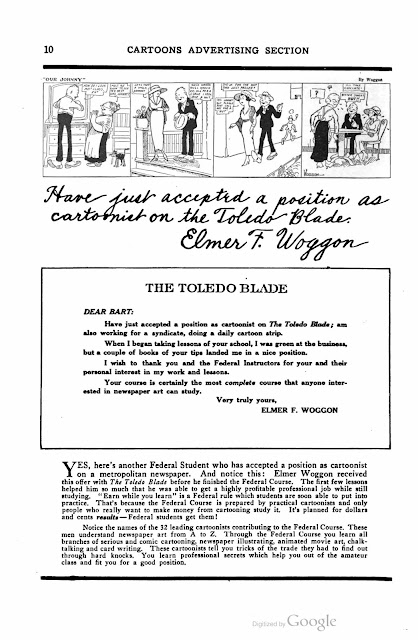 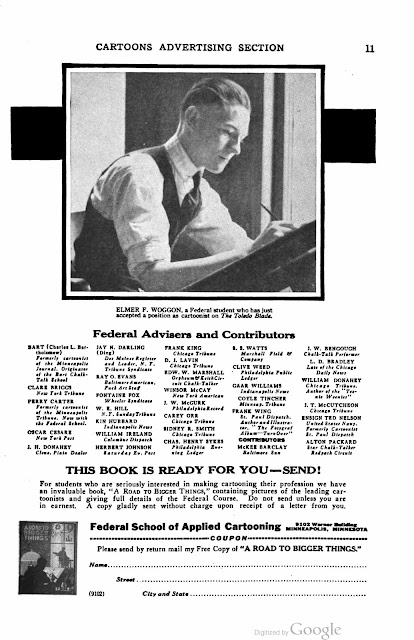 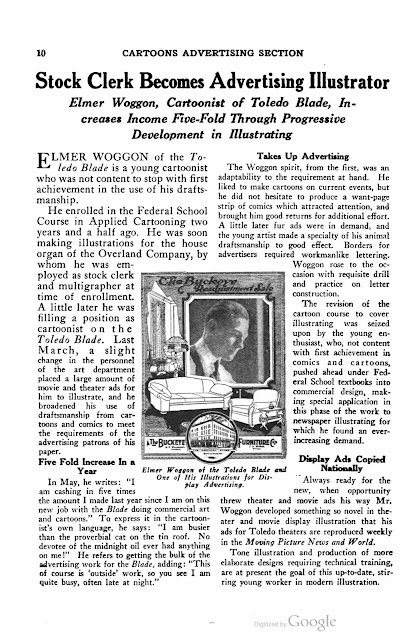 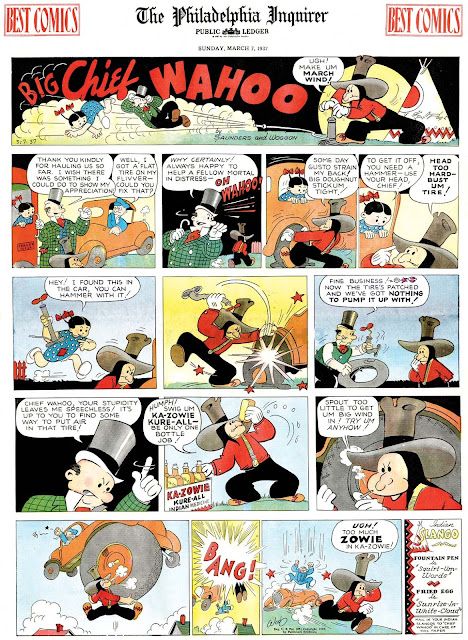 When the new feature Big Chief Wahoo was introduced in 1936, it's slapstick shenanigans were light-years away from what it would untimately become -- the hard-boiled adventure strip Steve Roper and Mike Nomad. It featured a W.C. Fields rip-off character, The Great Gusto (who was originally meant to be the star of the strip), a wacky Indian, Big Chief Wahoo, who embodies just about the ultimate in bad stereotyping of Native Americans, a kid tag-a-long, and soon enough, the beauteous Minnie Ha-Cha, an Indian princess.

The broad humor written by Allen Saunders and the simple art supplied by Elmer Woggon, seem not likely to have become a big hit, but somehow it did. And when the strip began to falter a bit, Saunders wasted little time in rejiggering it for whatever genre he fancied would keep the strip in papers. Thus did the strip become not only enduringly popular, but a great subject for trivia quizzes.

The topper panel Indian Slango, which was usually just a little text box as seen above, is barely a footnote to the complicated history of this comic strip. The panel featured Chief Wahoo's colorful terms for everyday things. As a commentary on Indian names, it was disrespectful I suppose, but Saunders actually came up with some pretty darn colorful and whimsical little zingers, as seen in the sample above. Unfortunately, Indian Slango was mostly made up from reader submissions, and you sure could tell why Allen Saunders got paid, while his readers didn't.

Indian Slango debuted with the Sunday page on January 10 1937. Eventually it would share space with several other panel features, one of which, Big Chief Wahoo's Dizzy Dictionary, sounds identical but was actually a rebus feature. Indian Slango was the last of these panels to appear on the Sunday page, on April 28 1940.