Obscurity of the Day: Ad Libs 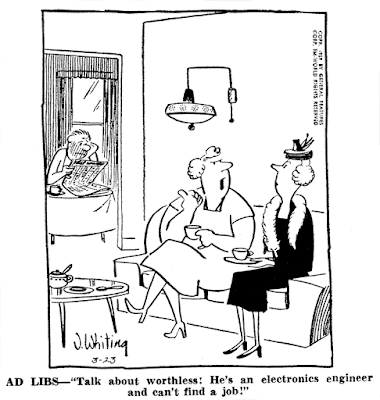 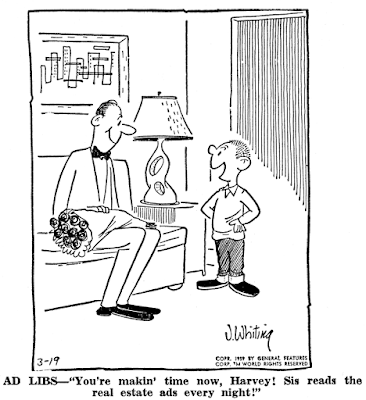 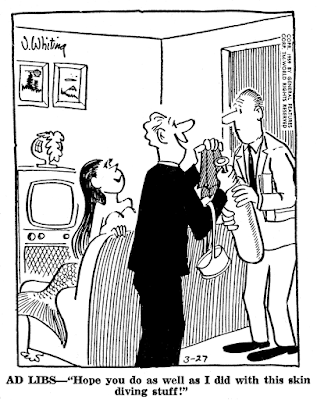 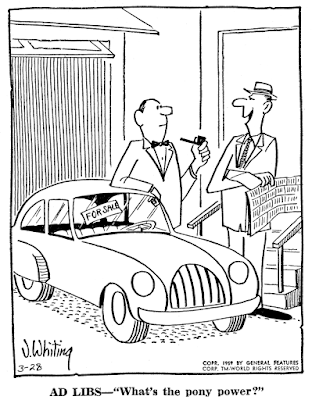 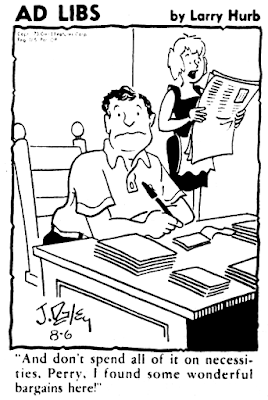 Seems like it is an ongoing mission for syndicates to offer newspapers comic features that are specifically geared to running in the classified ad sections. This mission is met by the vast majority of newspaper editors with a collective yawn. Yet here, mostly unwanted and unloved, is another entry in the genre. This one, believe it or not, ran daily for almost two decades.

This gag panel is titled Ad Libs, and it's from cartoonist Jim Whiting and gag writer Len Bruh. It was introduced on October 21 1957 by the smallish General Features syndicate. The gags, as you can see from the collection above, all have at least some tangential relation to classified ads. If the reader doesn't know that, some of the gags can be a little "huh?"-inducing.

Len Bruh did not want his real name used on the feature, so he went by Larry Hurb. I'm sure there was no regret that he couldn't include Ad Libs on his resume.

Jim Whiting decided he'd had enough of producing the art for a pittance in 1973, and Joe Daley replaced him as of February 19 (Daley art on the bottom sample). The feature limped along for a few more years (now being distributed by the Los Angeles Times Syndicate) before calling it a day. The feature was last advertised in 1975.

Comments:
So glad to see this! Jim Whiting was a dear friend of my mother and uncle. I only met him a few times myself, but he was a delightful gentleman.