Obscurity of the Day: City People 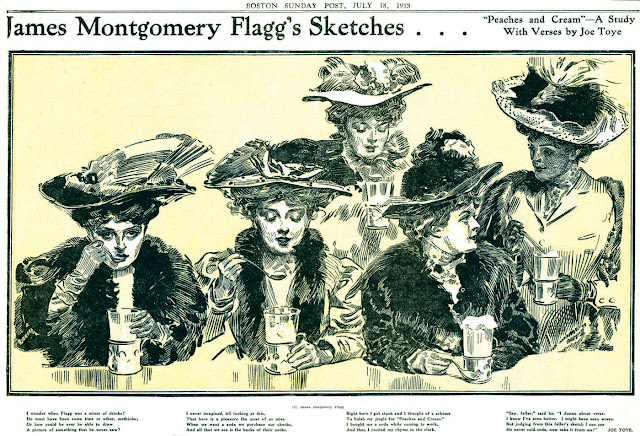 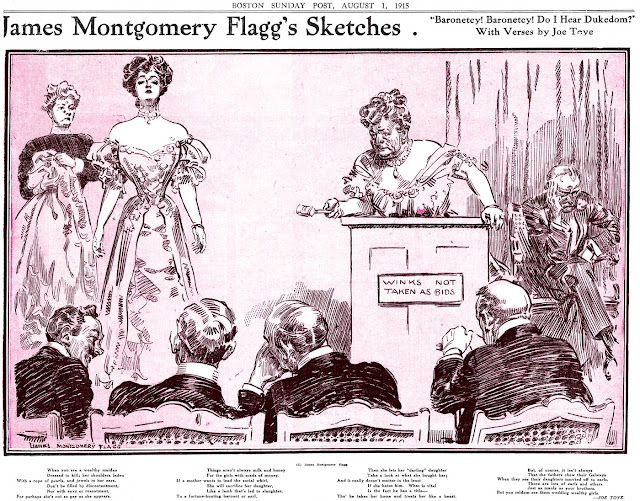 The superstar illustrator/cartoonists of the early part of the century,  like James Montgomery Flagg and Charles Dana Gibson, rarely stooped so low as to put pen to paper for a mere newspaper. They were paid princely sums by the magazines, and no newspaper had the wherewithal to entice them to go slumming. Oh, I suppose Mr. Hearst could have opened his pocketbook that wide, but he rarely did, preferring in general to poach talent from other newspapers, not the top-shelf magazines.

Nevertheless, Messrs. Flagg and Gibson did have their work occasionally make an appearance in newspapers, but its presence there was generally either a ploy to sell a book, or to squeeze some extra profit from some pre-existing project. City People is an example of the latter. There was a book published in 1909 by Scribners titled City People, an extravagant large-format book of James Montgomery Flagg's magnificent cartoons. My impression is that it didn't sell all that well, and perhaps that's why Scribners felt the need to make some extra money from the project. They offered newspapers a selection of the cartoons from the book, and sweetened the pot a little by contracting Joe Toye to write some poems to go along with them.

The newspaper series was not a big seller for some reason -- perhaps Scribners asked too much for the rights. Many papers that did take the series didn't run it under the title City People (as the Boston Post didn't, above) but used the title James Montgomery Flagg's Sketches, which was actually the title of a different series that ran in 1913-14. Many papers also dropped Mr. Toye's verses, which would normally suit me just fine as I can't stand the typical doggerel, but Toye's work was actually delightfully jaunty, well-metered, in short well worth the space.