Obscurity of the Day: Quickies 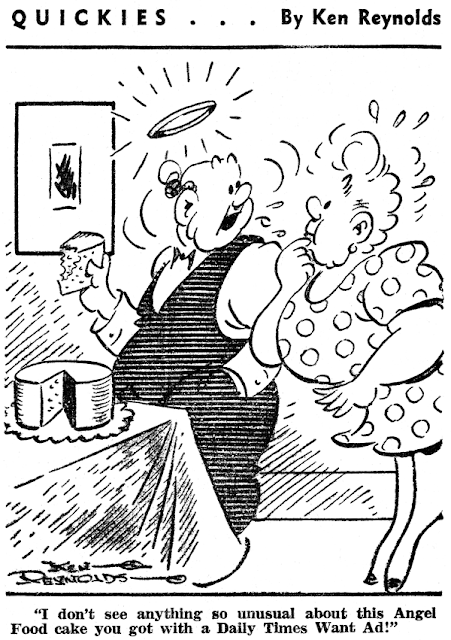 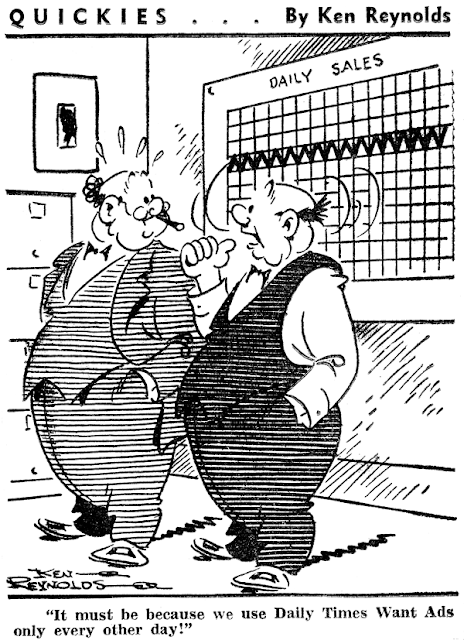 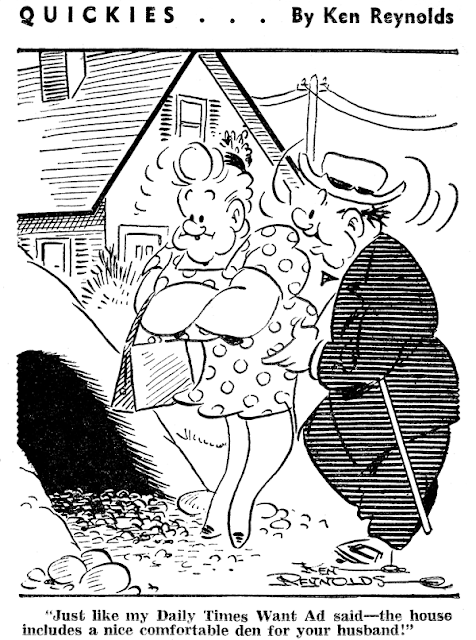 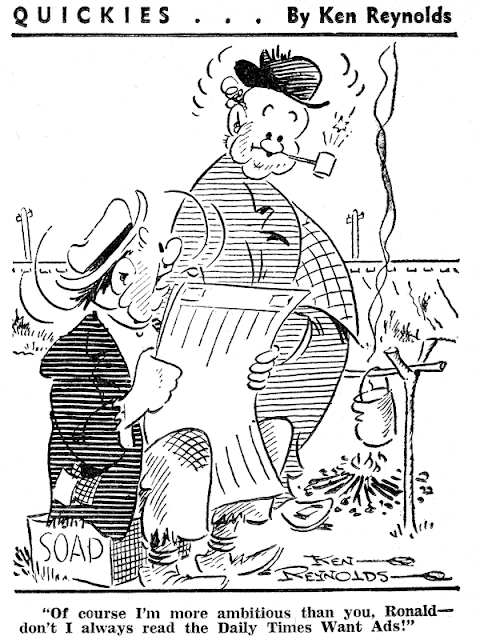 We've covered several comic strips and panels that were designed specifically to run in a newspaper's classified ad section, but here today we have what must be the most succesful of the genre. While most of these features had short lives, tiny client lists, or both, Ken Reynold's Quickies always had a healthy number of newspaper clients, and it ran for an amazing three and a half decades.

Ken Reynold's gag panel debuted (as best I can determine) on May 13 1940. The formula was simple -- gags that offer a chuckle while at the same time gently suggesting that classified ads are the answer to all of life's problems. It wasn't the first feature that tread this exact path, and it wouldn't be the last. So what set it apart? My guess is two things -- first, Ken Reynold's art is so lively and fun that, like Sara Lee, nobody wouldn't like it. The second item, though, is my guess for the more important factor: Reynold was probably offering his service on a very cheap basis.  While Quickies found its way into some big papers, its bread and butter was smaller dailies. Some of these papers ran no other comics, but yet they managed to make room in the budget for Quickies. Either Reynolds was one heckuva salesman, or his prices were so cheap that even an editor who pinched pennies until they screamed couldn't resist adding Quickies to his classifieds. In the 1950s, Reynolds also targeted weeklies, and often the panel was titled Tips in those appearances.

Ken Reynolds was still finding clients in the 1970s, but I imagine he was finally longing to go through a day in which he didn't have to come up with a gag having to do with classified ads. Finally on the last day of 1977, he called it quits.

I know next to nothing about Reynolds, except that his only other known feature was Smokie, which had a short run with the Bonnet-Brown Syndicate in 1932-33.  Lambiek claims that he was somehow associated with the South Bend Tribune. Beyond that he is an enigma. Here's hoping that Alex Jay can reveal our man. (Which he has, and you'll see that tomorrow ... and note he may have a likely even earlier start date)