Obscurity of the Day: The Roly Polys 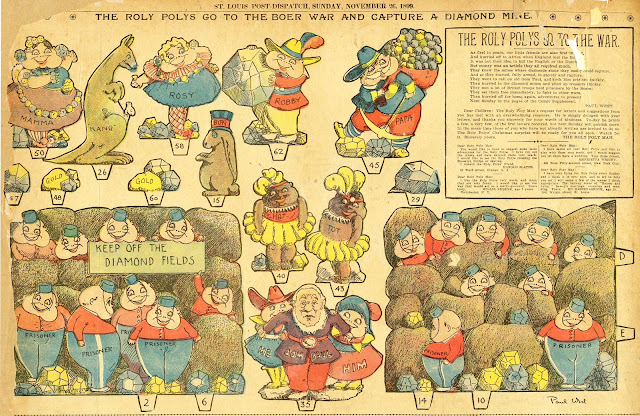 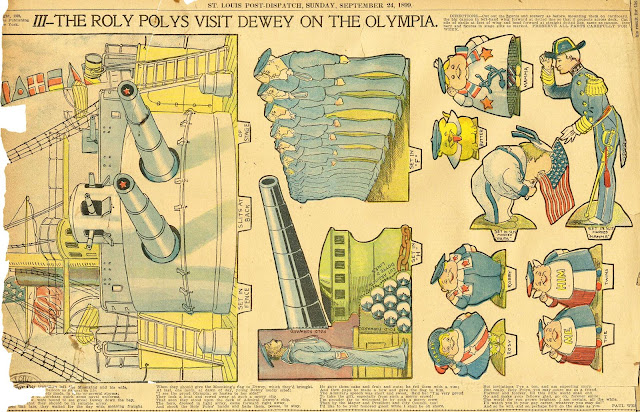 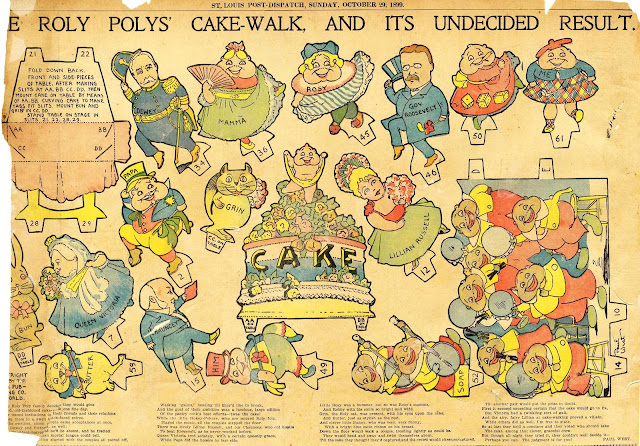 I've made no secret that I'm not a fan of Paul West's art, but in the feature The Roly Polys he shows off a surprisingly great facility for caricature. Why West chose the genre of paper dolls to comment on major news stories of the day, like the Spanish-American War and the Boer War, I cannot fathom, but I have to admit it's kinda neat stuff. Even Governor Teddy Roosevelt makes an appearance.

The Roly Polys was an occasional feature of the New York World's Sunday comic section from September 10 1899 to July 1 1900. Our samples above are from the collection of Cole Johnson -- unfortunately a little tattered, but this is some really rare stuff. A little bit of the poetry portion is chewed up, but as with all West's versifications, you ain't missing much.