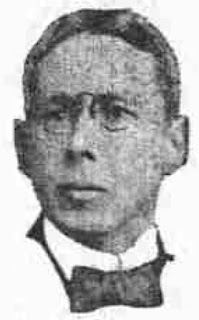 Frederick White was born in December 4, 1869, in Astoria, Queens County, New York. The birth date is from White’s passport application and the birthplace is based on census records.

In the 1870 U.S. Federal Census, White was the only child of Robert, a broker, and Alice. The household included White’s maternal grandmother, Lydia Minturn, aunt, Niobe Minturn, and three roomers. They all resided in Astoria.

Long Island City, Queens, New York was the home of White, his parents and three siblings who resided on Remsen Street.

In the 1900 census, White was a salesman who lived with his parents, siblings and Aunt Niobe at 119 Franklin Street in Queens, New York.

The Christian Register, January 2, 1908, reprinted White’s verse, Bill, a Cheerful Dog. Apparently it was the basis for the 1908 book from Holiday Publishing. The book was well received by The Presbyterian Banner and American Motherhood.

According to the 1910 census, the White family address was unchanged and the household was the same as it was ten years ago except for the addition of three servants. White was a self-employed writer-illustrator in the publishing industry.

White created Good and Bad Cats for the News Syndicate which ran it from November 6, 1910 to March 19, 1911. The material was compiled in a book by the Frederick A. Stokes Company in 1911. For the NEA, White produced Kute Karols for Kitty Kats which debuted January 1, 1912. The Day Book (Chicago, Illinois) printed White’s Nine Lives of Kitty Kat from February 5 to 14, 1912. The Boston Globe published White’s Edie and Eddie from August 22, 1915 to March 19, 1916. Edie and Eddie also appeared on the inside back covers of Everyland magazine in the 1920 issues for January, February, March and May.

…Mr. White was in the 77th year of his age. He leaves a widow, two sons and two daughters. He had been sick for two weeks suffering from heart disease.

He was a veteran of the Confederate Army in the Civil War. Although born in New York City he enlisted in an Arkansas regiment when the Civil War broke out, he being engaged in business in that state. He was wounded at the battle of Shiloh and was subsequently made prisoner by the Union forces.

When peace was declared Mr. White returned to New York City and entered the banking business. He became a member of the stock Exchange in 1869, retiring from membership about eight years ago. He was for several years head of the bond department of Messrs. Drexel, Morgan & Co. He had resided in Astoria for over 48 years. He never entered public life, but always showed great interest in municipal affairs…

Two days later the Daily Star wrote about the will.


By will of Robert K. White, late of Astoria, an estate valued at $30,000 personal property is disposed of as follows: …To his children, Frederick White, Niobe Minturn White, Alice Minturn White and Robert Hooper White, $5,000 each. All the rest and residue of the estate is given to the widow, Alice Minturn White. The widow and sons, Frederick and Robert, are appointed executors. The will is dated October 20, 1911, and the testator died May 7, 1915.

The 1915 New York state census recorded White’s mother, a widow, as the head of the household. The family was at the same address. White’s occupation was writer. 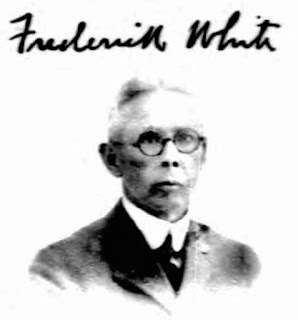 On April 18, 1918, White applied for a passport to visit England and France where he was to do “YMCA Work”. The application said White’s residence was the Hotel Earle in New York City. Included with the application was a letter from the National War Work Council of the Young Men’s Christian Associations of the United States, dated April 18, 1918, and said in part


This is to certify that Mr. Frederick White has been appointed a secretary of the National War Work Council of the Y.M.C.A. of the United States for service with the troops of the American Expeditionary Force in France….Mr. White is under contract with the Y.M.C.A. for one year or more.

Magazine writer White was in his mother’s household in the 1920 census. Along with his aunt and two sisters, the quintet lived at 103 Waverly Street (the Earle Hotel) in Manhattan, New York City. White’s occupation and address was the same in 1930.

White was the head of the household in the 1940 census. His highest level of education was the eighth grade. Apparently White and his sisters were retired. The trio and a servant were at 45 East 85th Street in Manhattan.